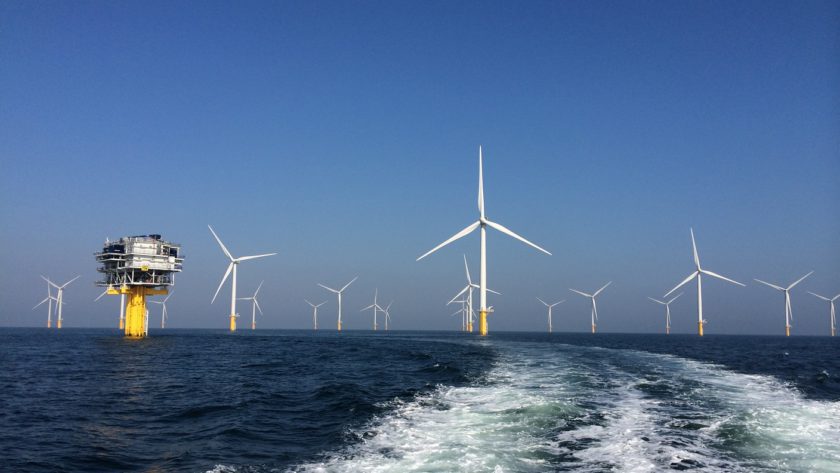 Not too long ago the UK Government announced that it wanted to generate as much as 40Gw of power from just wind. It is part of their roadmap to get to net zero. You do have to wonder what this means and if it is actually possible?

The UK now has a legally binding target to reach net zero emissions by 2050.

Let’s take this in four steps.

1: How much Power does the UK generate?

40Gw stands isolated as a lone number, we need to give it a bit of context so that we can understand what this actually means. Is this 1%, 10% or more of the current capacity?

OFGEN reports that current peak demand is 61Gw and that the total capacity possible is 75.3Gw .I’m not sure of the precise dates for these numbers, but they are recent and so they give you a bit of context for that 40Gw number from wind.

2: How much Power does the UK Currently Generate from Wind?

Wind turbines generated 17.3GW on Friday afternoon, according to figures from the electricity system operator, narrowly beating the previous record set in early January this year.

High wind speeds across the country helped wind power’s share of the electricity mix remain above 40% through Saturday. Coal and gas plants made up less than a fifth of electricity generated.

Melanie Onn, the deputy chief executive of Renewable UK, said: “It’s great to see our onshore and offshore windfarms have smashed another record, generating more power on a cold December day than ever before, just when we need it most.”

… Wind power generation reached a record share of almost 60% of electricity use in August as demand for power fell by more than a fifth compared with the year before….

3: Wind is not the only game in town

Rather obviously a cold blustery day is ideal for generating power from wind, but what happens on warm summer days when there is not enough wind?

Within the UK, solar power reached a record of 9.6GW in April. This helped spur the longest coal-free streak ever, of 1,629 consecutive hours, which ended in June.

4: People don’t want Wind Turbines in their landscape, how do we scale this up?

The idea of using wind turbines to generate power is of course popular. If however the proposal is to scatter them all over the landscape outside your window then people will push pack.

So what is the solution to that?

The UK is uniquely positioned to build offshore wind farms and to scale that up.

Historically, drilling oil offshore has been a big boom. What is now beginning to happen is a return to the offshore in a big way, and I don’t simply mean in theory. Actual plans are in motion.

The 3.6 GW Dogger Bank offshore wind project is divided into three 1.2 GW phases, Dogger Bank A, Dogger Bank B, and Dogger Bank C. The wind farm is located more than 130 kilometres off the Yorkshire coast, the UK.

As the wind farm’s future operator, we are proud to take this big step forward in delivering what will be the backbone of a growing wind hub in the North Sea.”

SSE Renewables and Equinor are jointly developing the project through a 50:50 joint venture company – Dogger Bank Wind Farm. SSE Renewables is leading the construction, and Equinor will lead on the wind farm’s operations.

“Achieving financial close for the first two phases of the world’s largest wind farm is a huge accomplishment and, alongside reaching Seagreen 1 financial close earlier this year, represents significant progress towards achieving our goal of trebling our renewable output by 2030,” Alistair Philips-Davies, SSE Chief Executive, said.

The UK is very much on track to get off oil and gas in a very big way.

Often when I post about climate it can be dismal depressing stuff. This however puts a very different positive spin on it all (yes, wind farm pun intended).

The UK really can do something quite different and walk a viable path towards net zero,

It is of course all part of a bigger vision.

Obviously everybody in the UK currently guzzles fossil fuel in cars … but the sale of all such cars has now been banned in the UK from 2030, and so there will be a big switch over to electric vehicles.

But what about aviation, you can’t fly electric aircraft?

Airbus do also have a plan for that. By 2035 they will have a net zero commercial aircraft in service. This is an approach where hydrogen becomes the primary power source for flight.

But what about all those gas boilers in UK homes?

They will go and be replaced with heat pumps. Basically no new gas boilers after 2025.

The bottom line is this. A far greener carbon neutral UK is on the way.