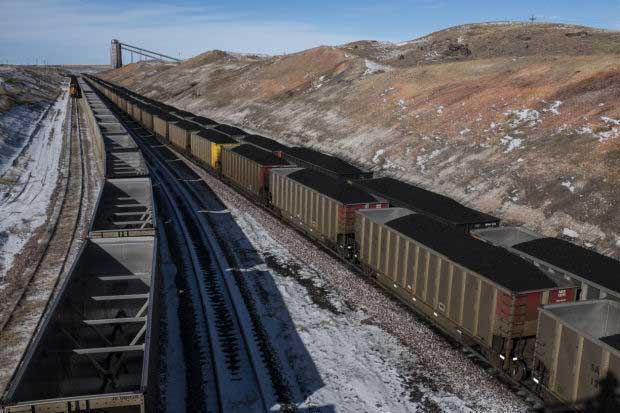 One big promise by Mr T was the proposal to revive Coal and the associated jobs, but is this realistic?

To grasp why this will fall flat when it hits the rather awkward and hard wall of reality means going back to an understanding of why all the coal related jobs vanished. There is no deep dark secret here, the knowledge of what happened is well understood and has been laid out by some over the years. For example, economist Paul Krugman wrote an article within the New York Times back in 2014 long before the revival of Coal became an unrealistic political pledge …

Once upon a time King Coal was indeed a major employer: At the end of the 1970s there were more than 250,000 coal miners in America. Since then, however, coal employment has fallen by two-thirds, not because output is down — it’s up, substantially — but because most coal now comes from strip mines that require very few workers. At this point, coal mining accounts for only one-sixteenth of 1 percent of overall U.S. employment; shutting down the whole industry would eliminate fewer jobs than America lost in an average week during the Great Recession of 2007-9.

Or put it this way: The real war on coal, or at least on coal workers, took place a generation ago, waged not by liberal environmentalists but by the coal industry itself. And coal workers lost.

Publication of the White House energy policy is the usual Trump rhetoric and can be seen here. Meaningless buzzwords such as “America First” abound, along with phrases such as “reviving America’s coal industry”, and of course promises about oil and gas under federal lands being exploited. It is also rather light on actual substance or even justification for such a stance.

A principle driver that moves the energy industry in a specific direction is of course cost. When faced with expensive options or cheaper renewable options, then clearly the lowest cost options will prevail in a free market. The revival of Coal as both the lowest cost option and also as a major employer is quite frankly not simply unrealistic, it is delusional.

I’m not making this up, that is the hard wall of reality that the promised revival of Coal will impact.

BNEF are of course very much clean renewable energy advocates. They have 10 predictions about how things will pan on for the energy market in 2017, and none of it is encouraging for Mr T’s oil and coal based vision.

They are worth paying attention to because their analysis is data based, they can see the trends, hence can tell you what is the most probable outcome.

Firstly, cost is a decisive factor. Beyond the politics and rhetoric, the energy producers will strive to keep costs as low as possible in order to maximise profits and so this is a rather fundamental bit of reality …

The good news is that renewable energy has – at least on a levelized cost of electricity, or LCOE, basis – clearly achieved the long-awaited goal of grid competitiveness. More than that, in many countries it now undercuts every other source of new generating capacity, sometimes by very considerable margins. Last year saw unsubsidized price records of $30 per megawatt-hour for a wind farm in Morocco and $29.10 for a solar plant in Chile. These must be the lowest electricity prices, for any new project, of any technology, anywhere in the world, ever. And we are still going to see further falls in equipment prices.

The BNEF predictions for 2017 are as follows …

it is time to take a deep breath and make 10 bold predictions for 2017. As before, we are doing so with the help of BNEF’s teams of 120 specialist analysts around the world. Here goes:

If you checkout the reasoning under each of the above, then you will find they make a good case for each. However, in the context of Coal, it is specifically Item 5 within the above list that is of immediate interest. There they explain …

Whatever President Trump may say, U.S. coal’s main problem has been cheap natural gas and renewable power, not a politically driven “war on coal”, and it will continue being pushed out of the generating mix. In the U.K., coal-firing shrunk to a miniscule 3.6 percent of total electricity production in the third quarter of 2016, and other European countries are finally – and belatedly – turning their attention to forcing the early retirement of coal plants. In India and China, tackling urban pollution is a top priority. China has just announced the suspension of plans for 100 new coal plants, including ones whose construction has already begun, and India’s Electricity Central Electricity Authority has said that after the current crop of coal-fired power stations under construction are completed, the country will need no new ones until 2027.

No matter how loudly Mr T might shout about it all, Coal is on its way out and is not coming back. There will be no coal revival. This is not due to politics, but instead is simply because there are cleaner better cheaper options that will naturally attract energy producers.