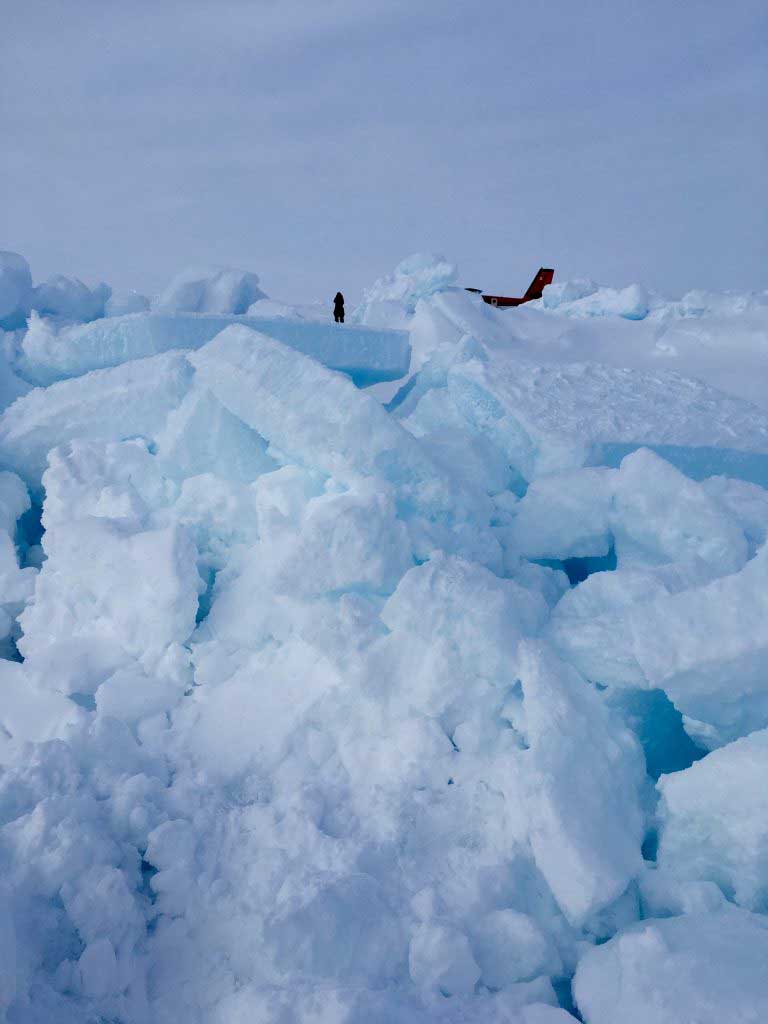 NSIDC have published their April update, and that of course prompts a question. Has it been a normal average dull April with nothing of note, or do we have a new low?

This past April was a month that was very similar to the seasonal decline observed in the previous two years. As the month proceeded, we were at record lows for the entire period of satellite observations or at least within 100,000 square kilometers of that.

What is shocking here is that in the mid 1980s as much as one third of Arctic sea ice was five years or older, and now that is only about 5%. The location of the old sea ice is also changing. In contrast to the previous year it is now all squashed up against Greenland.

The transition of the arctic to a new state continues and we observe that the overall warming trend is ongoing.

As usual, the subject matter experts have a few nice graphs that illustrate the overall trend and big picture here.

#Arctic sea ice extent for April 2017 tied with April 2016 for the lowest in the satellite record for the month. https://t.co/fADvcG2Q4l pic.twitter.com/iSioj2zs48

Preliminary surface temperatures over the #Arctic (>66°N, R1) are the 2nd warmest on record from 1948 (January-April) pic.twitter.com/IszstC1oJk