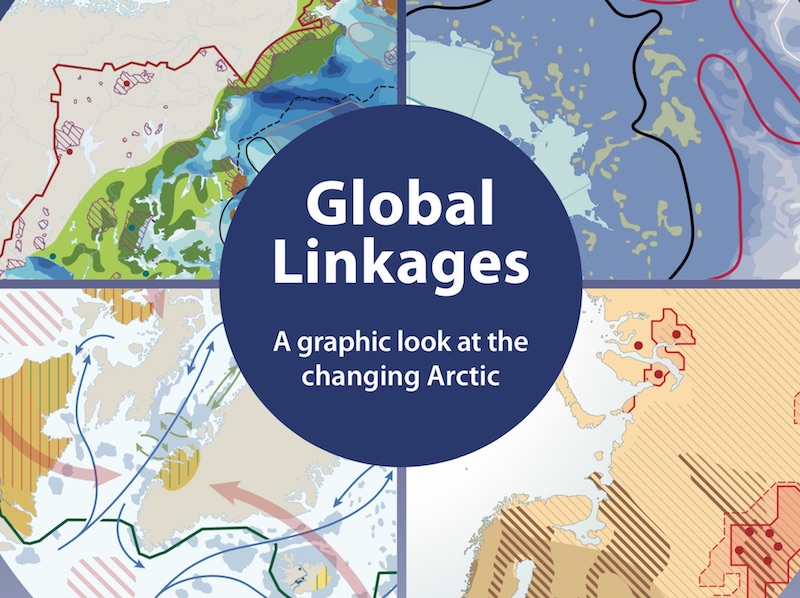 An assembly of the United Nations Environment Programme (UNEP) has been taking place in Kenya’s capital, Nairobi, this past week. Nairobi in fact hosts the global headquarters of the UNEP and is the regional seat for many UN agencies. This annual UNEP assembly gathers heads of state, ministers, business leaders and civil society representatives to work on ways to slash pollution and build a greener global economy. At this meeting a new report issued by the UNEP with a focus on the Arctic highlights the rather dire future that is now most or less certain.

The first is the “Yikes!” moment …

The Paris agreement has always been the goal, yet in reality even meeting even that is in doubt. The truly shocking item from this new report is the first item. Even if the world were to cut emissions in line with the Paris Agreement, winter temperatures in the Arctic will rise 3-5°C by 2050 and 5-9°C by 2080. This will not only be devastating for the Arctic region, it will also unleash sea level rises worldwide – and remember, this is the best-case scenario.

Worse! … How much worse?

I’m still on the highlights here, check out that second one. Rapidly thawing permafrost could accelerate climate change further and derail efforts to meet the Paris Agreement’s long-term goal of limiting the rise in global temperature to 2°C

And then there is the third item – ocean acidification and plastic pollution.

“What happens in the Arctic does not stay in the Arctic,” said Joyce Msuya, UN Environment’sActing Executive Director. “We have the science; now more urgent climate action is needed to steer away from tipping points that could be even worse for our planet than we first thought.”

Many live with the existing impact upon the region. Arctic societies now must respond to climate change even more through suitable adaptation actions. Arctic Indigenous Peoples already face increased food insecurity. By 2050, four million people, and around 70% of today’s Arctic infrastructure, will be threatened by thawing permafrost.

“The urgency to achieve the goals of the Paris Agreement is clearly manifested in the Arctic, because it is one of the most vulnerable and rapidly changing regions in the world,” said theFinnish Minister of the Environment, Energy and Housing, Kimmo Tiilikainen. “We need to make substantial near-term cuts in greenhouse gas emissions, black carbon and other so-called short- lived climate pollutants all over the world.”

The impacts globally would also be huge. From 1979 to the present, Arctic sea ice is estimated to have declined by 40%. Climate models predict that, at the current rate of CO2 emissions, Arctic summers will be ice-free by the 2030s. The melting of the Greenland ice cap and Arctic glaciers contribute to one third of sea level rise worldwide.

Even if the Paris Agreement is met, Arctic permafrost is expected to shrink 45% compared to today. Globally, these frozen soils hold an estimated 1,672 billion metric tonnes of carbon. Increased thawing is expected to contribute significantly to carbon dioxide and methane emissions. The resulting warming will in turn lead to more thawing – an effect known as ‘positive feedback’. This accelerated climate change could even throw the Paris Agreement’s 2°C goal off track.

Why is Ocean acidification and pollution a highlight?

Ocean acidification is disproportionately impacting Arctic marine species. This is because cold water can hold more dissolved CO2, while melting ice spreads the acidity further. Since the beginning of the industrial revolution, the world’s ocean has become 30% more acidic. The more acidic the water, the more energy Arctic corals, molluscs, sea urchins and plankton must use to build their shells and skeletons.

Despite its pristine image, the Arctic’s geographical characteristics and cold climate mean the region’s ocean, seafloor and coastline are a sink for contaminants from around the globe. Only 1,000 out of the 150,000 chemical substances in use worldwide are regularly monitored. A global approval system for new chemicals is therefore needed. Alternative controls are also seen as necessary for chemicals that fall outside of existing treaties.

It’s a long, detailed, and very comprehensive report. There is mush within it, and so I’ve only teased you with a very highlights. The actual substance of it all is far more detailed. The report itself presents key messages in three sub sections (Pages 48-49). As a fine word on this, I’ll reproduce it below …