You might perhaps have never heard about the John Maddox Prize, and so you could naturally be inclined to think … “The What?”. This however is special.

First, let’s very briefly do a bit of background on it.

Why would they specifically do that, and who is John Maddox?

What is the John Maddox prize all about?

Sir John Maddox, whose name this prize commemorates, was a passionate and tireless champion and defender of science, engaging with difficult debates and inspiring others to do the same. As a writer and editor, he changed attitudes and perceptions, and strove for better understanding and appreciation of science throughout his long working life.

The prize is a joint initiative of Nature, where Sir John was editor for 22 years; the Kohn Foundation, whose founder Sir Ralph Kohn was a personal friend of Sir John’s, particularly through their Fellowship of the Royal Society; and Sense About Science, where Sir John served as a trustee until his death in 2009.

It pays tribute to the attitude of Sir John who, in the words of his friend Walter Gratzer: “wrote prodigiously on all that was new and exciting in scientific discovery and technological advance, denouncing fearlessly what he believed to be wrong, dishonest or shoddy. He did it with humour and grace, but he never sidestepped controversy, which he seemed in fact to relish. His forthrightness brought him some enemies, often in high places, but many more friends. He changed attitudes and perceptions, and strove throughout his long working life for a better public understanding and appreciation of science.”

The key to this, the aspect that makes it really quite interesting, is that it is focused on individuals who have taken a stance for truth despite the consequences of doing so, and so they focus on those who are …

Starting in 2012, the award has been given out each year and is announced every November.

This year the prize has been jointly awarded to two well-deserved individuals, both of whom I have written about within this blog in the past.

They have each been awarded the 2018 John Maddox Prize for their courage in promoting science and evidence on matters of public interest, despite smears, threats and attempted lawsuits. 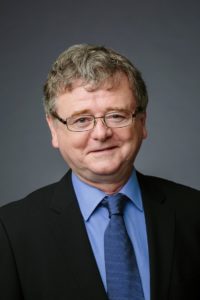 Terry Hughes, director of the ARC Centre of Excellence for Coral Reef Studies and a world leading expert on the Great Barrier Reef, is recognised for his tireless and courageous efforts in communicating research evidence on coral reef bleaching to the public and for tackling the misrepresentation of coral reef science. In doing so, he has experienced hostility from politicians, public figures and the Australian tourist industry. In the face of efforts to discredit his research, personal criticism and smears in the media, Terry redoubled his efforts to communicate with the widest possible audience, using diverse means and reaching mainstream media around the world. 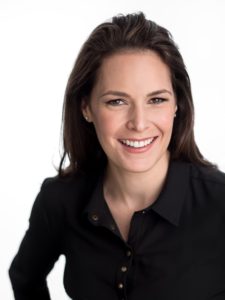 Britt Hermes, a former naturopath, has been awarded the inaugural John Maddox prize for an early career researcher in recognition of her advocacy and writing on evidence-based medicine – in particular her exposure of false claims made by proponents of naturopathy, which she has highlighted as both dangerous and ineffective. The judges were particularly impressed by her willingness to question her own views, the discomfort involved in communicating about the practices of former colleagues, and her continued commitment in the face of lawsuits and personal harassment. She is currently being sued for defamation by an American naturopath in a case due to be heard in a German court this year.

“I was a naturopath, until I looked at the evidence and decided to speak up about the dangerous therapies used in naturopathy, especially those to treat cancer. Walking away cost me my friends. I am harassed and being sued for defamation. I am honoured to be recognised by the scientific community for changing my mind.”

I feel an overwhelming sense of love and support from the science and skeptic communities. You all have stood up for me when I wasn’t sure I could stand for myself. Thank you.

“It is a privilege to receive this prize and to express my gratitude – not just for me, but more importantly for future generations, who have the most to lose if we fail to act on anthropogenic climate change.”

I’m very honoured to receive the Sir John Maddox Prize tonight “for standing up for science”, and for promoting better governance of coral reefs in the face of anthropogenic global warming, in Australia and elsewhere. THANK YOU for your support! pic.twitter.com/LBWTDfWHGH

“The winners demonstrated great integrity in their commitment to public discussion about scientific research. They reflect the values of persistence and honesty that John exemplified. The judges were delighted to award these prizes. We are also worried. While the many strong nominations show that individuals have gone to extraordinary lengths to bring scientific research into difficult public discussions, our public spaces are not close to being supportive enough. It is profoundly against the public interest to have research driven from the public domain by fears of personal attack, legal action or institutional hostility. This prize gives strength to the elbow of those who push forward in difficult circumstances, but we need to see more action to stop it getting that far.”

The John Maddox Prize, now in its seventh year, is a joint initiative of the charity Sense about Science and the leading international scientific journal Nature, and is awarded to one or two people a year. This year there were 136 nominations from 36 countries.