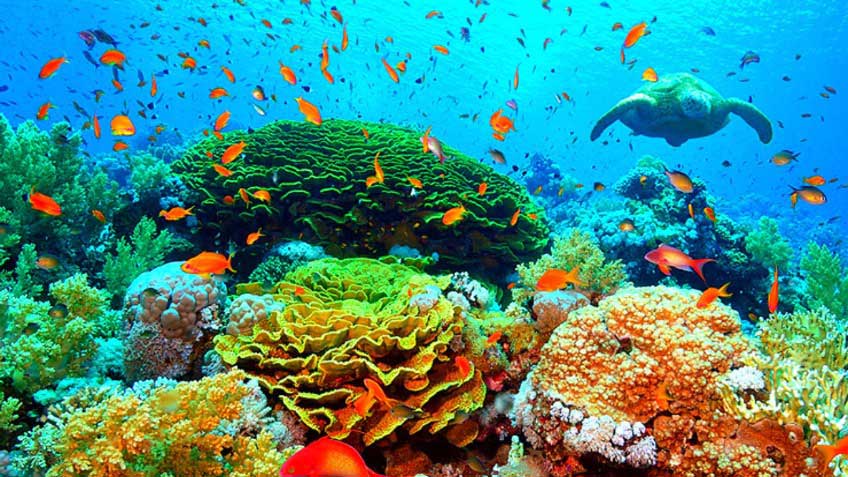 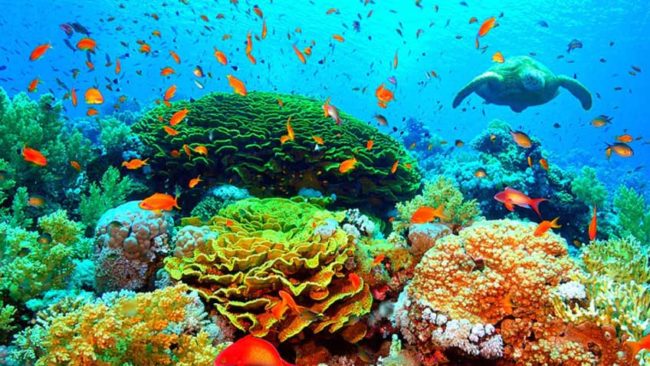 Leap forward another ten years to 2018 and once again we have another International Year of the Reef. When announced a couple of months ago the stated goals were as follows:

Why does this actually matter?

One key point to be aware of, and remember that this is all about increasing awareness, is that Coral Reefs are the marine equivalent of a tropical rain forest. They host about 25% of all marine life on the planet and if these harbours of biological diversity fail then the impact is quite significant.

Let me drive this point home. There are some estimates that as many as 2 million different species depend upon coral reefs. This is a vast biodiversity.

The number one threat is Climate Change. Due to the increasing rates of CO2, vast amounts of additional heat is being absorbed by the oceans. Higher Temperatures impact Coral Reefs by triggering what is known as bleaching.

Basically what is going on is that Coral has a symbiotic relationship with algae-like unicellular organisms. It is called Zooxanthellae and gives coral its coloration. When the coral comes under stress due to variations in the sea temperature that cause it to become too hot or too cold, the coral responds by ejecting their zooxanthellae, thus they turn white and so become bleached.

Key Point: The coral is still alive; the problem is that coral needs the Zooxanthellae to get about 90% of its energy, so without this, it starves and dies. In other words, bleaching means that it will probably die.

In 2016 the northern section of Australia’s Great Barrier Reef suffered the worst ever bleaching and that led to 67% of the Corals dying.

For the second time in just 12 months, scientists have recorded severe coral bleaching across huge tracts of the Great Barrier Reef after completing aerial surveys along its entire length. In 2016, bleaching was most severe in the northern third of the Reef, while one year on, the middle third has experienced the most intense coral bleaching.

“The combined impact of this back-to-back bleaching stretches for 1,500 km (900 miles), leaving only the southern third unscathed,” says Prof. Terry Hughes, Director of the ARC Centre of Excellence for Coral Reef Studies, who undertook the aerial surveys in both 2016 and 2017.

“The bleaching is caused by record-breaking temperatures driven by global warming. This year, 2017, we are seeing mass bleaching, even without the assistance of El Niño conditions.”

A recent paper published in Science articulated the results of an analysis of over 100 different Coral Reefs and concluded that the timespan between major bleaching events across almost all Coral Reefs has been steadily increasing since the 1980s.

There are other Threats

Climate Change is not the only threat, there are also other challenges such as the following …

What Can “Year of the Reef” actually do?

You might perhaps be tempted to roll your eyes a bit at the concept of the “International Year of the Reef”, (IYOR), but making people aware of the challenges is something that truly does matter.

We are not powerless observers of the inevitable, but instead we stand poised at a tipping point.

Fiji’s prime minister, Frank Bainimarama, has announced new protections ​for large portions of the Great Sea Reef, by nominating it a Ramsar site. The Ramsar Convention ​ gives protection to wetlands – including coral reefs – that are important for the conservation of global biodiversity and for sustaining human life.

Announcing the nomination, Bainimarama said it was shocking that this might be the last generation to witness the beauty of coral reefs.

“Today I appeal to every single person on Earth to help us. We must replace the present culture of abuse with a culture of care,” he said.

Belize imposed a moratorium on oil exploration and extraction in its waters – a move the Belizean prime minister said was ​a first for a developing country​.

Malcolm Turnbull has announced a $60m rescue package for the Great Barrier Reef which includes research on developing “resilient” coral, and paying farmers to pollute less.

The package, to be spent over 18 months, will also include an increased number of reef officers and vessels targeting crown of thorns starfish outbreaks.

More than half the package, $36.6m, will be spent on “supporting farmers stopping runoff off their properties” in order to improve water quality, the prime minister said.

“We have a short window when we can act, and the United Nations, WWF, and countries like Fiji are calling on the world to take the steps that will fix the problem this year.” – Erik Solheim, Head of UN Environment

“A healthy planet depends on healthy oceans which cannot exist without preserving coral reefs- a key pillar of WWF’s conservation work worldwide, While the world’s oceans are under pressure across the board, coral reefs stand out as needing a global response urgently. Holding a quarter of the ocean’s biodiversity and underpinning the lives and livelihoods of millions of people, the stakes could not be higher for corals – and humanity.” – Marco Lambertini, Director-General of WWF International

“Coral reefs shape our islands and are affected by our development decisions, land and sea practices, along with our environmental management measures, For better management and protection of coral reefs everyone needs to work together to respond to climate change, manage waste, conserve and restore biodiversity and support strong governance, and SPREP has established a two-year campaign, the Pacific Year of the Reef, to enable us to address these critical issues.”   – Kosi Latu, Director General of the Secretariat of the Pacific Regional Environment Programme (SPREP) 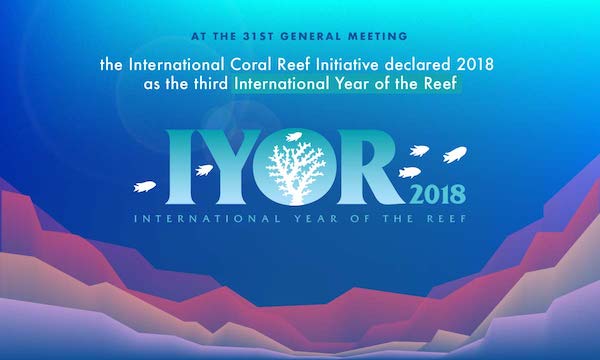 The No.1 Threat – Climate Change

It might indeed be tempting to consider the thought that perhaps the only impact will be to tourism and so the demise and decline of coral reefs will not be all that great. Let’s play back a brief reminder – Coral Reefs play host to about 25% of the marine biodiversity on the planet.

We humans are also greatly dependent upon Coral Reefs as well. The actual estimates vary, but Coral Reefs sustain the lives of roughly about one billion humans – that includes them being a source of food, acting a a barrier that protects the coastline, or providing some other form of economic support such as environmentally conscious tourism.

If there is going to be meaningful action then that must include the rather obvious shift of sourcing our energy away from coal and towards solar, wind, and other renewables. We need to do this if we are to avoid disaster.

“Beyond the complete moral failure of destroying the enormous beauty and all the different species in the ocean living in the reefs, it would also be an economic disaster,” – Erik Solheim, Head of UN Environment