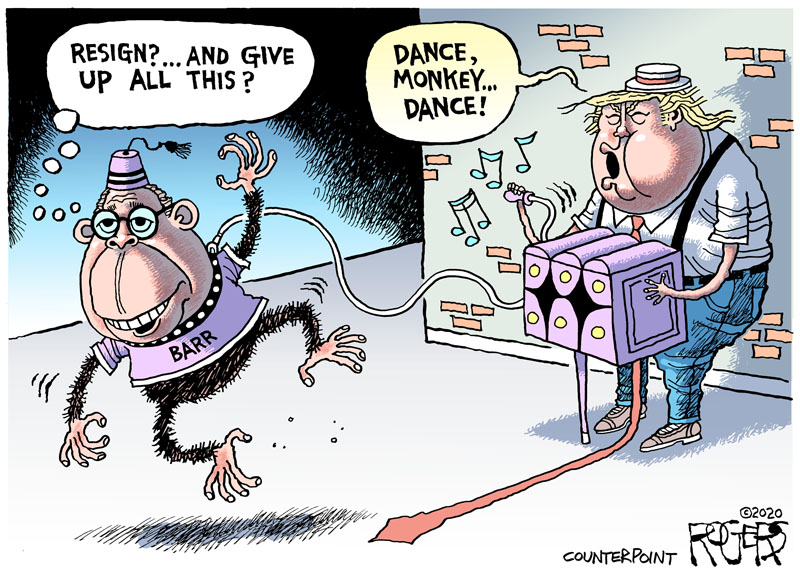 During the past week pictures of the following yard sign circulated. It is a declaration that “God Bows down to President Trump”. Is this yet another wingnut claim?

The observation is this – The cult of Trump has become so bizarre, so extreme, and so complete detached from facts and reality, that it becomes almost impossible to work out what is an actual belief and what is simply satire.

In this case it is satire by David Sander.

As explained by Snopes below, Sadler has posted over a hundred signs in his yard bearing messages that criticize and poke fun at the current chief executive. The above was just the latest …

Here for your enjoyment is this week’s selection of actual wingnut gems. It has all been mined from a stream of befuddled right-wing extremism blended with religious literalism …

They claimed that mocking their poll amounted to “religious persecution and anti-Christian bigotry.”

Fraudster of the week – Paula White

From the category labeled “Who would Jesus fleece?”, we have this latest gem.

Paula White urges her followers to pay her instead of their bills.

…“If she is formally working on the White House staff and continuing to raise money and do other activities for her church, she creates the appearance of using her public position for personal gain,” says Fred Wertheimer, president of Democracy 21, a nonprofit government watchdog group, noting that it’s a common theme in the Trump administration, which isn’t likely to object. “If the president believes in using public office for private gain, who is he or anyone in this administration to hold people accountable for doing it? When it comes to proper conduct by executive branch officials, the Trump presidency is a lawless one.”…

…For her, religion is a business…

… She urged people to pay up so she could begin the laying of hands. “You can’t just bring a gratitude offering. It has to be a First Fruits offering! If it is one week’s salary, if it’s a month. If it’s a day, it’s got to be the whole of something. Quickly! Bring it up—do you need an envelope?” she said, directing people to give the First Fruits to the apostles holding baskets. Others, whose gratitude offering was more meagre, should toss theirs on the floor….

The Mother Jones article is a long insightful expose of a religious fraudster, and is well worth a read.