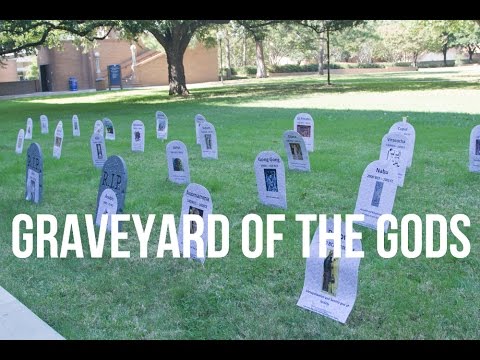 A couple of days ago I was writing about why the latest evolutionary psychological observations suggest the inevitable demise and decline of both Christianity and also Islam. I now see that the UK’s Independent has run a similar story … however … this is how they describe it …

Religion could die out as world’s population gets richer, evolutionary scientists claim

‘If our environment continues to improve, Christianity and other moralising religions could eventually vanish,’ says Dr Nicolas Baumard
A wealthier population could mean the end of religion, according to evolutionary scientists.

No No no and once again no, that is not it at all, they have completely misunderstood and gone with a very misleading headline.

The actual paper is here.

What the Hypothesis is really all about

First, let’s start with the actual summary from the paper …

Between roughly 500 BCE and 300 BCE, three distinct regions, the Yangtze and Yellow River Valleys, the Eastern Mediterranean, and the Ganges Valley, saw the emergence of highly similar religious traditions with an unprecedented emphasis on self-discipline and asceticism and with “otherworldly,” often moralizing, doctrines, including Buddhism, Jainism, Brahmanism, Daoism, Second Temple Judaism, and Stoicism, with later offshoots, such as Christianity, Manichaeism, and Islam. This cultural convergence, often called the “Axial Age,” presents a puzzle: why did this emerge at the same time as distinct moralizing religions, with highly similar features in different civilizations? The puzzle may be solved by quantitative historical evidence that demonstrates an exceptional uptake in energy capture (a proxy for general prosperity) just before the Axial Age in these three regions.

Statistical modeling confirms that economic development, not political complexity or population size, accounts for the timing of the Axial Age.

We discussed several possible causal pathways, including the development of literacy and urban life, and put forward the idea, inspired by life history theory, that absolute affluence would have impacted human motivation and reward systems, nudging people away from short-term strategies (resource acquisition and coercive interactions) and promoting long-term strategies (self-control techniques and cooperative interactions).

OK, so let me play that back for you. The hypothesis concerns moralising beliefs and not all beliefs. These are religions that dictate behaviour and emerged roughly about 2,500 years ago. Prior to that religion simply did not moralise. Rituals yes, superstitions yes, telling you what was right and wrong … nope. The thinking is this …

Think how many these days use the phrase, “I’m not religious, but I am spiritual“. That effectively translates into, “I no longer embrace any of the moralising beliefs, but I am still quite irrational and superstitious“.

One possibility is that existing variations of prevailing beliefs will reform and become far less theocratic and dictatorial, and far more accepting. Alternatively, something quite new may emerge.

We really are inherently superstitious

The most non-religious and scientifically rational can still at times demonstrate an adherence to superstitions rituals.

It concerns every cosmonaut who passes through Baikonur in Russia on their way to space, and that includes everybody going to the international space station these days. These are potentially the most rational and scientific individuals you can find, and yet even here you find rituals. Back in 1961 when Gagarin was on his way to the launch pad, he insisted that the bus stop. He then gets out and takes a piss against the rear right-hand tyre, hops back on and off he goes into both Orbit and history. It was of course a very practical thing to do, because he really would not want that pressing against his bladder while in orbit, and the alternative of pissing in his suit would have been a huge embarrassment.

However, since he had been so successful, every single cosmonaut has since then has done exactly the same as a form of a good-luck ritual. I really do mean no exceptions, apparently female cosmonauts bring vials of their urine to splash on the wheel. It also greatly ticks off the Suit technicians who  have to zip them all up again. [You can read about this here (Item 9)]. There is no need, modern space suits can accommodate your needs, and so this is purely ritualistic superstition.

Is this a paradox that such rituals and superstitions thinking is practised by highly scientific individuals?

Not really, because humans are inherently still prone to such thinking. Space flight is a very high-risk endeavour and so the emergence of rituals as a good-luck charm naturally emerges.

We are all potentially susceptible to this behaviour.