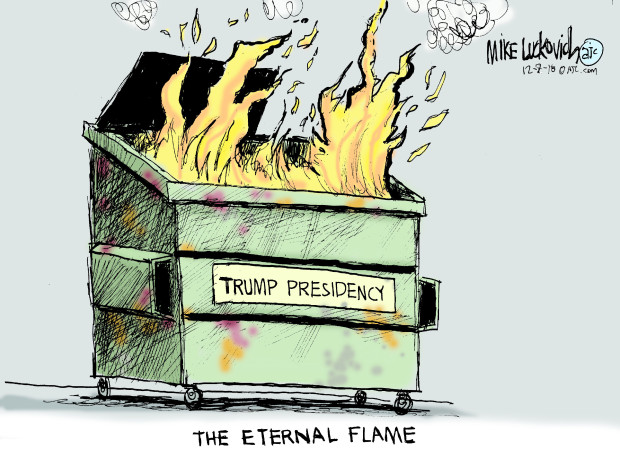 When you mix right-wing politics and religious belief, what you get is a blend that results in some truly weird claims. Each and every week many from this camp pop up to promote complete and utter lunacy.

It is also perhaps appropriate to point out that this is not criticism for simply holding a belief which is something the majority of us have inherited from our culture, but is instead criticism of those that run with it to the extreme and also at the same time step over the line by attempting to impose it upon everybody.

The goal of this weekly column is not to propagate hate, but to spotlight some of this lunacy so that we may deploy the laughter that so many have worked so hard to earn. Given all that effort, we really should not disappoint them.

Some Highlights from the past year

What are some of the notable events predicted over the year by those that claimed to have a direct line to the creator of the entire universe? (Via here)…

Trump-loving pundits filled the airwaves with confidant predictions that America would experience a “red tsunami,” as support for Trump would result in a wave of Republican victories across the nation.

When the promised Republican sweep failed to materialize, these same pundits refused to admit that they had been wrong.

Similarly, self-proclaimed “prophetess” Kat Kerr declared that her guarantee of a red tsunami had also been accurate, insisting that lots of the Democrats who had been elected to the House of Representatives were secretly Republican “scouts” sent to infiltrate the party.

As for Bill Mitchell, who “100% guaranteed” that Republicans would retain control of the House, he chalked up the loss to the simple fact that the voters are stupid:

(Sorry Bill, the real issue is that many voters are neither stupid nor gullible, and don’t watch Fox News).

In addition to being wrong about the election, Kat Kerr also spent a good portion of 2018 “taking authority” over various natural disasters, ranging from Subtropical Storm Alberto and Hawaii’s Kilauea volcano to Hurricane Florence and the California wildfires.

Not once did a storm or disaster obey Kerr’s commands, but that has not weakened her conviction that she is a powerful “weather warrior” who can control the elements with her prayers

A Warning to North Korea

Self-proclaimed “respected prophet” Cindy Jacobs kicked off 2018 by delivering a word of warning to North Korean dictator Kim Jong Un that God would remove him from office unless he converted to Christianity.

(Still in power, still has his nukes, and still not Christian – well that panned out well then – I bet Cindy hoped that we would all forget)

On July 17, End Times broadcaster Rick Wiles issued a dire warning that leftist activists would attack the White House within 72 hours and drag Trump and his family out on to the lawn, where they would be executed.

In May, right-wing preacher Lance Wallnau prophesied, based on a passage from the Book of Esther, that by June 6, the nation would see “the unraveling of the entire deep state intrigue” that he believed was at work to take down President Trump.

Wallnau made this claim repeatedly, insisting that there would be “a major breakthrough” and “massive disclosures, a virtual hemorrhaging of information” by June 6 that would utterly destroy Robert Mueller’s special counsel investigation.

“It’s going to happen,” he guaranteed.

But Wallnau nevertheless insisted that he was not a false prophet because his predicted breakthrough actually had happened, but all the evidence was being suppressed.

“It’s being suppressed because the report is damning evidence on the corruption and the improprieties of the deep state in terms of its engagement against Donald Trump,” he said. “I’m still going to be vindicated in that.”

(The biblical standard for false “prophets” is that they needed to be 100% right. If they failed, then the bible specifies that they should be stoned.)

Right-wing pastor Rick Joyner declared that 2018 would be the year that Trump “really starts getting traction.”

“I started prophesying that before he took office,” Joyner said. “You wait until year two. It is going to be tremendous.”

(Year two has indeed been an “amazing” year, a “tremendous” year – his close associates keep heading off to jail, key staffers keep quitting, the stock market is continuing to fall due to uncertainty about Trump’s policies and stability, and the government is mired in a shutdown entirely of his own making. Wow … so much winning and greatness.

The truly jaw-dropping and utterly absurd has been the persistent portrayal of Trump as more or less akin to a messiah figure, a man especially chosen by God by the religious right. What naturally follows is that any criticism, even from fellow evangelicals who dare to pause and doubt, is supposedly demonic in nature and pure evil.

To put all this another way – Hillary Clinton, devout Methodist, and her running mate, Tim Keane, a committed Catholic are relegated as actual incarnations of evil, even though the election was two year ago. Meanwhile, a narcissistic pussy grabbing serial adulterer, and utterly incompetent buffoon who lies whenever he tweets or opens his mouth is deemed to be more or less a messiah.

This is not a message from one or two lone cranks, but is very much the consistent and persistent theme emanating from the religious right. Let’s look at a few examples (via here) …

This author and “prophet,” declared in April that God put Trump in the White House and that his opponents are being controlled by Satan:

“If you are outside of God’s authority,” Wallnau said, “you actually could be in the realm where Satan himself has access to your heart and to your mind, and that’s what I’m watching happen to millions of Americans now that despise what God has done.”

“If He puts Donald Trump into the White House,” he continued, “and you’re one of those people that actually has a visceral hatred of this man, if you continue to operate in this weird spirit, then what happens is Satan begins to take over more and more of your mind and more and more of your heart and you become more and more deranged. That’s what I am watching happen.”

Wallnau also hosted an emergency prayer session in which he commanded “the cloud that is over the president, this demonic collective composition of global witchcraft and curses” to be “blown back.” At the same time, Wallnau thanked God for “the grace and composure” that Trump has demonstrated and for “the self-restraint that he has put on as a guard against any impulsive acts.”

(If God has actually chosen Trump, then God is rather obviously, like Trump, an incompetent buffoon)

Resistance to Trump is “a diabolical movement” that is “motivated by the forces of evil.”

(Meanwhile back in our reality, anybody not resisting Trump is more or less self-certifying that they have no basic decency)

(“Beware of false prophets, who come to you in sheep’s clothing, but inwardly they are ravenous wolves. You will know them by their fruits.”)

The so-called “firefighter prophet,” told right-wing activists outraged about Trump signing an omnibus spending bill that they should remember that Trump is “surrounded by devils, literally.” He also referred to protests of Trump and his polices as “demon-strations.” (Taylor co-authored a book titled “The Trump Prophesies.”)

Taylor described FBI agent Peter Strozk, Hillary Clinton, and Trump opponents as “not human.” (Strozk was revealed to have exchanged texts disparaging Trump with a Justice Department colleague, Lisa Page.) Radio host Bill Deagle agreed, saying they had been “totally taken over by evil” and that when Strzok speaks, “we’re hearing a demonic entity talk through his mouthPastor Paul Begley declared that Strozk “is part of a vast secret society complexity, an Illuminati demonically-charged biblical beast called the deep state that was involved in hijacking this great nation of America and ultimately hijacking the world into a one-world government, a new world order.”

(So let’s see if I grasp this claim correctly … people who deploy compassion and empathy are “not human” and are part of a satanic conspiracy, and as a contrast, immoral shits are!!)

Opposition to Trump is “very demonic, a demonic attack.” According to Gallups, Satan hates Trump’s support for Israel, which is why “Satan is raising up antagonism right here in America” against Trump.

(I guess if you believe your imaginary friend appointed Trump, then believing that all opposition comes from your imaginary enemy is not really a huge leap).

Tells a caller that if he wasn’t willing to vote for Trump, “You are in a fallen state and Satan is your father, so your whole life is inconsistent.”

(The caller, unlike Jesse, was clearly a decent human being)

None of the above is either unique nor isolated, but is very much part of the religious-right’s running narrative. Nor is any of it marked out by being a once-per-year claim from a fringe, but instead has been a running weekly theme.

So what is the best rebuttal to it all?

None is really required because their own actions and words are wholly sufficient to be a rebuttal. No real compassion, utterly devoid of empathy, completely delusional, and totally committed to xenophobic intolerance, we need do nothing except shine a bright spotlight upon all of this grubby darkness.

The long term prognosis is their inevitable decline and slide into utter irrelevance. It will take time, and it will be a hard slog to get there, but this outcome is certain. We already see the trend with the rise of both the Christian Left and also the rapidly expanding demographic known as “Nones“, consisting of people who having choked for too long upon the bitter slop being served up by organised religion, have utterly rejected it all, and instead opted to rise above it and become far better and far more moral.

A caravan of Democrats was spotted heading for the House of Representative’s and will arrive on January 3, 2019. It will be a far better year.

One can but hope that one day a wall of separation will be erected between the gullible and Fox News.