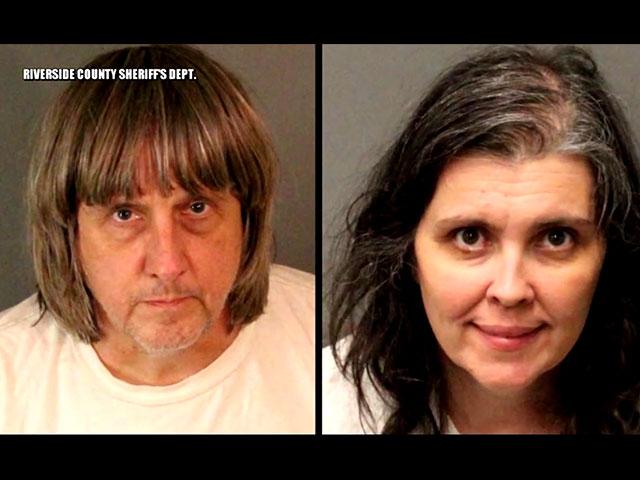 The horrific discovery that Californian parents David and Louise Turpin kept their 13 children imprisoned, chained, and malnourished inside their small home has shocked many. What has perhaps not been a surprise is that two words have popped up. These are “deeply religious” and also “homeschooled”. These are easy answers that are at times often deployed. The problem with easy answers is that while they satisfy, things are often not that simple, so let’s mull over things for a bit and see where it takes us.

First a bit of background

I need not go into too much detail because the media is, and will continue to be, all over this story. Here is a link to a good summary

There were no toys and no bicycles on the front lawn — only weeds that sometimes reached six feet tall.

Neighbors rarely saw the 13 siblings who lived inside the home in a quiet neighborhood in Southern California, because they never went outside to play. Instead, authorities said, they were held captive in a dirty and foul-smelling house, some shackled to the furniture with chains and padlocks.

… Minutes before sunrise Sunday, a 17-year-old girl escaped from the home in Perris, not far from Los Angeles, slipping through a window and dialing 911

… the 13 siblings all appeared to be children, so deputies were “shocked” to discover that seven of them are adults.

… Authorities said that David and Louise Turpin were “unable to immediately provide a logical reason” why their children were shackled and chained and that Louise Turpin seemed “perplexed” by the investigators’ questions.

… David Turpin’s parents, James and Betty Turpin of West Virginia, told ABC Newsthat they were “surprised and shocked” by the allegations. They said their son and daughter-in-law, whom they have not seen for several years, are religious and kept having children because “God called on them.”

As the media dig further weirder details also begin to emerge. Take for example this from ABC news that illustrates just how abnormal and controlling Mr Turpin was …

Louise’s sister, Elizabeth Flores, told ABC News she lived with the Turpins for a few months more than 20 years ago during which time David Turpin would watch her bathe. “If I went to get in the shower, he would come in while I was in there and watch me. It was like a joke,” Flores said. “He never touched me or anything.”
She continued, “I was scared. I was treated like one of the kids, kind of, so I had rules.” Flores said she has had virtually no contact with the family for decades.

If you follow the story then no doubt other similar examples of weirdness will continue to emerge.

Roll on into the comments section under that article and there you find quick easy answers. Amongst the quite literally thousands of comments you find these …

Somebody’s got to get control of homeschooling, and that means taking on the evangelicals who lobby for it. I certainly know families who homeschool responsibly and well. But if children never have to answer to other adults outside the family, this sort of thing can go on far too long. And cases like this are proof that the rights of parents over their children should never be absolute.

Is it just me? Most home school parents I have met are dumb as planks, and usually religious nuts. Not all, but most.

I met a super-bright young man when I taught at a university years ago. He and his multiple siblings from rural Utah had been home-schooled. He was a fantastic student and a fine person. He was unfailingly cheerful, and a true pleasure to have in class, but as I got to know him I also saw that he was also deeply angry and resentful that his father, who had not been not well-educated and whose idea of home-schooling was to read aloud from the Bible 7 hours a day, did harm to him and his many siblings. This young man said his father did not want any of them to know more than he did–and hid that reality behind a cloak of bogus religious reasons. I think of that young man often, and his siblings.

Home schooling is a bad idea. Children should be sent to pubic schools with some kind of oversight. This is the worst that can happen, but there are lots of other kids who need to be sprung from wacko parents and religious nuts.

Religious people love to say that the wrongs of society are caused by lack of religion. From my observations the presence of religion is more often the cause.

There are also various personal stories that people relate within the comments to verify the specific observation that they make. It is all both interesting and also an understandable emotional response to the story.

OK, so let’s briefly think explore the topic of homeschooling.

We know that there are about 2.3 million children involved in homeschooling within the US (as of 2016). The overall numbers have been growing and so that is an increase from the roughly 850,000 in 1999.

So how well do they do?

In general quite well, about 33% often go on to attend university.

A study conducted in 2008 found that 11,739 homeschooled students, on average, scored 37 percentile points above public school students on standardized achievement tests … but comes via a pro-homeschooling group.

What is also true is that many teachers and school districts oppose the idea of homeschooling.

So what does research outside the homeschool movement tell us?

Basically the same – homeschooled children often do excel in many areas of academic endeavour.

One other interesting observation is that for some this is perceived to be driven by Christian Fundamentalists, and yet the reality is that the actual demographics of those doing this is very wide and runs the full spectrum from the non-religious all the way through to the deeply religious.

What you will find is that if you dig into it all, is that it is not binary, but instead is complex and also very diverse. There are both good examples and also some quite frankly appalling examples that consist of religious indoctrination masquerading as education. Concerns are expressed regarding social isolation and yet there are also counter arguments about some of the homeschooled being more involved in other outside activities leading to greater social interaction, and not less. There is also criticism regarding children being taught to learn and simply regurgitate facts without really learning to think at all, but mainstream education does in some respects face the same charge.

In essence it can and does work well for some and can result in a better outcome than mainstream education. But that is not true in every case. Like many things, you simply cannot generalise.

Does the latest revelation from California about these children being homeschooled tell us anything at all about homeschooling?

What is clear is that David Turpin was able to leverage the concept to isolate his children from the world outside, and while it tells us very little about the overall success or failure of the concept in general, it does reveal a great deal about how it can and often is used to isolate and also indoctrinate.

The one big question is this – He ran a homeschool, yet nobody ever checked to see what was going on or stopped by to verify that he was actually educating anybody at all, it was simply a form to fill so that he could explain why his kids were not in the school system. In some states you will be inspected to ensure that homeschooled students are making academic progress but apparently not in California. There you simply fill in a form and that’s it, you are off the radar.

How is that possible?

The LA Times asks this question and also lists the long stream of cases of abuse that has been enabled by homeschooling.

In Ohio, a couple forced their 11 adopted special needs children to sleep in cages. As with the Turpins, those parents told investigators they believed they had done nothing wrong. Two sisters in Florida were locked in makeshift cages and whipped with leather straps. In nearby Georgia, Mitch Comer spent four years locked in a bedroom in his family’s home. When he turned 18, his parents put him on a bus to Los Angeles with pamphlets for homeless shelters.

How could such things happen?

1 thought on “Was Homeschooling the root problem in the House of Chains?”