The Guardian (as usual) has a rather good article today by Sharon Wright, who writes about her experience as a governor in a church school. Initially, she was (obviously) in favor, but what she found soon converted her into a radical opponent of faith schools. Why is this an important issue? Well basically because its one of the latest big ideas; the current UK government wants to start up lots of faith schools. I have a few words to say about it myself, but first lets read her article. I’ve included it all because its an important issue: 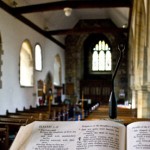 When I learned that almost half of the first 16 free schools given the thumbs-up by the education secretary, Michael Gove, were faith schools, my heart sank. Because, after serving four years as a committed church school governor, I personally couldn’t feel more powerfully opposed to faith schools.

It wasn’t always like that, obviously. When my church appointed me as a governor of our south-west London Church of England junior school, it had an inclusive admissions policy. Being “paired” with the community infant school next door meant the kids usually just swapped uniform and toddled round into year 3. We had nothing to do with all that “tactical worship” and church selection nonsense, so I never felt touched by it.

So far, so good. I enjoyed being a governor, working to make the school a good place for our children and commuter-belt community. Then one day an admissions policy review slid on to an agenda. And so it began.

Having assumed that we all agreed on an open admissions policy being a Good Thing, I watched the governing body split. It turned out that as a voluntary-aided school we could do as we liked with the rules. I was astonished at the hostility and irritation from some over why we wouldn’t belatedly enact our right to put churchgoers cushily near the top of the new criteria.

Very quickly, I found myself in a tiny faction fighting to bin draft policies that put worshippers in plum position. Battle lines were drawn and, according to the chair, I was on the wrong side – I was “anti-church”, in fact.

I was pretty stung. I wasn’t anti-church, I was anti church admissions policy that enshrined religious discrimination and encouraged stupid church-attendance games to get into the school. Games that, strangely, middle-class, Sats-loving parents tended to win by finding Jesus at an opportune moment.

In desperation, at one meeting I quoted the view of Jonathan Bartley of the Christian thinktank Ekklesia that giving ourselves admission privileges in the public system was “unchristian”. Seldom has a silence been so stony. It seemed raising that whole “love thy neighbour” thing as an obvious pointer just embarrassed everyone and showed me up for not really getting it. “It” being mysterious things such as church school “ethos” and “distinctiveness”.

Of course, I wasn’t the only one fighting tooth and nail to keep church criteria out, but the majority seemed convinced it was perfectly reasonable to include it.

Eventually, we battled through honest debate to a consensus. We included churchgoers, but in a way that couldn’t allow them to jump over children who lived closer. Our new admissions policy was deemed so fair, the local authority sent us a nice letter saying thank you. When I saw the policies of other local church schools, I understood why. One gave priority to Catholic looked-after children over non-Catholic ones. Yes, a religious pecking order for even the most vulnerable children.

I was looking at the faith school system properly for the first time … and it wasn’t pretty. So why didn’t I resign there and then? I almost did, but thought I should see out my stint and remain as a stubborn, alternative church voice.

The whole experience showed me that sometimes bad power happens to good – even lovely – people. When our borough was caught off guard by a “bulge” of four-year-olds, I worried our policy could still take a turn towards cherry-picking. Might it prove tempting to pack the pews in a seller’s market?

The crunch came, though, not over admissions, but over children with special educational needs. Increasingly, I felt that the attitude of some people at the school towards challenging children was anything but Christian. We were due an Ofsted inspection and I listened to grumbling that “disruptive” behaviour could earn the school an automatic downgrade from inspectors. When, in fact, it was how behaviour (often stemming from SEN) was managed that would be judged, and that was what we should be worried about improving.

I boiled with rage. I felt that some people were concerned with not how we were failing these children, but how they were failing us. When one mum of a misunderstood SEN child said: “I thought it was supposed to be a Christian school?” I could only share her despair.

It shouldn’t be unreasonable to expect a Christian school to go the extra mile to help the neediest kids. Instead, I felt that our church school was less successful than the community infant school next door at meeting the needs of the self-same children. Again, battle lines were being drawn. Again, I felt on the “wrong” side.

What had started as well-intentioned voluntary work had turned into an emotional drain. Confrontation with people I really liked and respected was upsetting and bruising.

I resigned at Easter with a radical new anti-faith schools perspective borne of the journey. I’d never seen anyone rubbing their hands in glee at the chance to pull unchristian dirty tricks behind closed governor doors, but the truth was somehow worse. Wasn’t it blindingly obvious how unfair and socially divisive it was to be allowed to reserve priority places for your own churchgoers? And weren’t troubled children the most in need of Christian love?

Now, I think having a system of state-funded faith schools is actually immoral. We should surely object to how it legitimises discrimination, segregates our children, often fails to embrace the vulnerable with compassion and empowers tiny religious quangos to rule over publicly funded education.

During my years as a governor, I had the nagging fear it was just me that was out of step, so it has been a relief to find other people who share my unease. Rabbi Dr Jonathan Romain, for example. He chairs the Accord Coalition, which unites religious and secular groups worried about the social impact of faith schools.

“I have this fear that in 30 years’ time, we will have built up a generation that is not at ease with itself and that has been brought up in a very divisive way,” he warns. “We will rue the day we divided the children.”

So, as communities draw away from each other and our society fragments, we can only fear what endorsing the power of faith schools is really teaching our children.


I find it to be a very insightful article, it confirms much of what I’ve personally seen myself. Our local Faith School has a reputation for good results, but the way they achieve that turns out to be very immoral, but lets put that to one side for a moment and first consider the gross hypocrisy taking place. Because the reputation is good, folks clamor to get it, and because the religious get preference, you find sudden conversions taking place. OK, not the dramatic “Born Again” types, but the more placid once-a-week that gets them on the electoral roll. The Churches love it; its a very powerful way to get people in the door, and the fact they many of these folks don’t really believe does not bother them at all. In fact, if it was not for the application of this blackmail to get the faith-school crowds in, I suspect the Church Of England would quickly spiral into a very rapid decline.

OK, now on to a far more serious charge, the manner in which they maintain their good results, how do they do this? Firstly, by cherry-picking the intake, and then secondly by filtering their own their students. If they don’t get sufficient GCSE results, then they toss them out to ensure that those who are left will do well. They have completely lost the plot here, a school is supposed to serve the entire community and educate all. Instead, they prefer to strive for league table position and are quite happy to sacrifice some of their own students to do so.

Faith-schools do well, because the “belief” ticket allows them to filter. But how much does such a ticket cost? Did you known that they receive grants (of up to 90 per cent of the total cost) towards capital costs of the buildings and 100 per cent of running costs (including teachers’ salaries) from the state. So a humble 10% of the costs buys them the right to impose faith restrictions. I PROTEST … as a taxpayer, my money is being used to exclude students simply because their parents choose not to be hypocrites and pretend to believe.

But if the results are good, then why protest? … basically because slicing society up along religious lines on a large scale is sowing the seeds of a very divided society. If you want an example, then look no further than Northern Ireland.

So when it comes to the idea of faith-schools being the best … be skeptical.