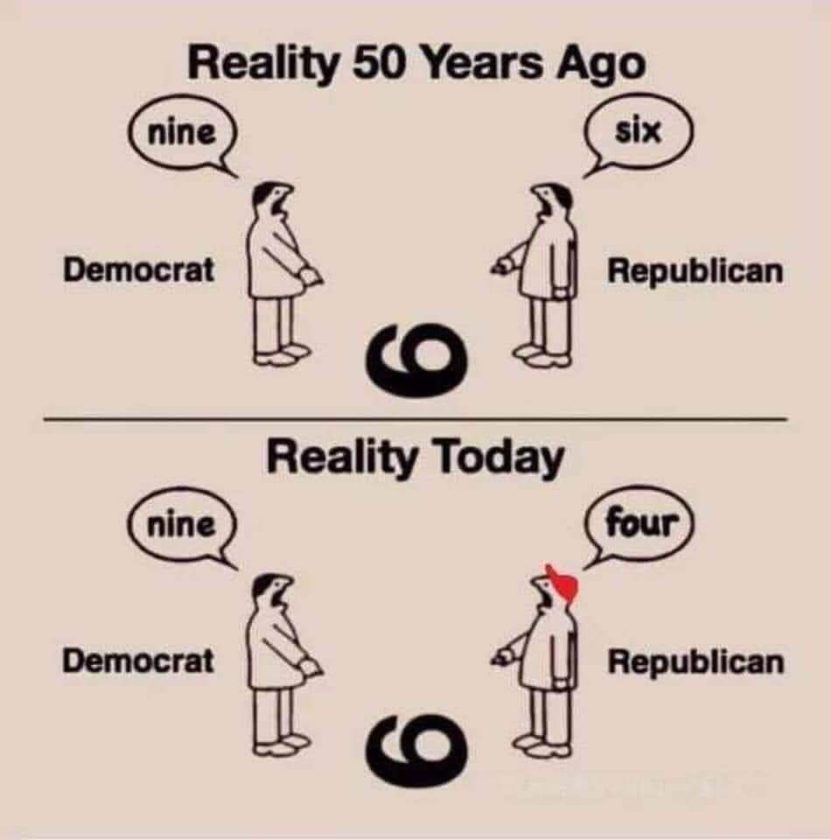 The one big thing that stands out these days is that it is not simply about some having a different opinion from a different viewpoint. It is far more than that. It is quite literally the embrace of a more or less policy-free fantasy that is not anchored in reality.

Should we be surprised?

From beginning to end the Trump administration has been wall to wall lies that many have been conned into embracing as Truth. No, Trump’s inauguration crowd was not the biggest ever, and no, the Nov 2020 election was not stolen, he lost. He might be gone, but we now still live with the consequences of four years of the inept idiot-in-chief gaslighting an entire nation day after day.

Somebody mentioned that about a year ago they were in the kitchen cooking, touched something hot and screamed “For F***ks sake” or similar. Their four year old came running in and asked “What’s he done now?”.

Better days are truly ahead, but the challenges are considerable.

So what crazy things have bubbled to the surface during this past week?

You will find below a few examples that have popped up during the past week.

I’ve highlighted these so that we can laugh about it all. I find that really is the best response to this cult of fools.

Fools of the Week – The Trump Fan Club

Let’s end on a happy note.

The beloved messiah really is in very deep legal trouble. His desire to remain in office was to duck all this, but nope, no get-out-of-jail-free card this time. It turns out that he’s not the messiah, he’s just a very naughty boy. (Hat tip to those that recognise the reference – if you don’t, then see here).

Via this link you will find a comprehensive list of what is in the legal pipeline.

He faces not only rather a lot of civil cases, but also many criminal charges.

John Dean, who has a lot of experience in this area, suggests that Trump is most probably days away from indictment …

“What they’re doing can be a couple of things,” said Dean. “One is the prosecutors are trying to get familiar with the witness. More likely in this instance, because of the treasure trove of information they obtained evidence from a subpoena, is to get guidance and insight into what some of those documents mean, give them more people who might know about various affairs that are revealed by the documents.

“An insider, as I once was, can give insights that prosecutors can’t otherwise get. You’re not going to do this to find exculpatory evidence at this point. They are narrowing the case to see what they will bring against the president and possibly his family.”

At the same time, Trump is under investigation for his calls to Georgia state officials in which he tried to intimidate them into finding votes for his lost cause. Recordings of those calls were made public in the USA on Wednesday.

Dean was reminded of his Watergate days: “It’s a little reminiscent of Nixon leaning on people, in my memory bank, where he knows how far to go but not too far, particularly when he’s on the phone and he knows he’s being recorded on some of those conversations.

“Trump doesn’t know he’s being recorded in this instance. And one of the telling things to me is the fact that these people were recording these calls. As I recall, it was in November, late November that Lindsey Graham denied that he’d had the conversations he’d had with the secretary of state in Georgia who had, in essence, said he called and told them to throw out ballots, and Graham denied that. After that, they started recording the calls. We don’t know how many calls.”

Dean suggested that the Georgia prosecutors may look at so-called RICO racketeering charges for Trump: “RICO cases are very serious. I think that’s the case they’re building. These phone calls that they have multiple records of now are going to be dynamite.”

In the end, actions really do have consequences.