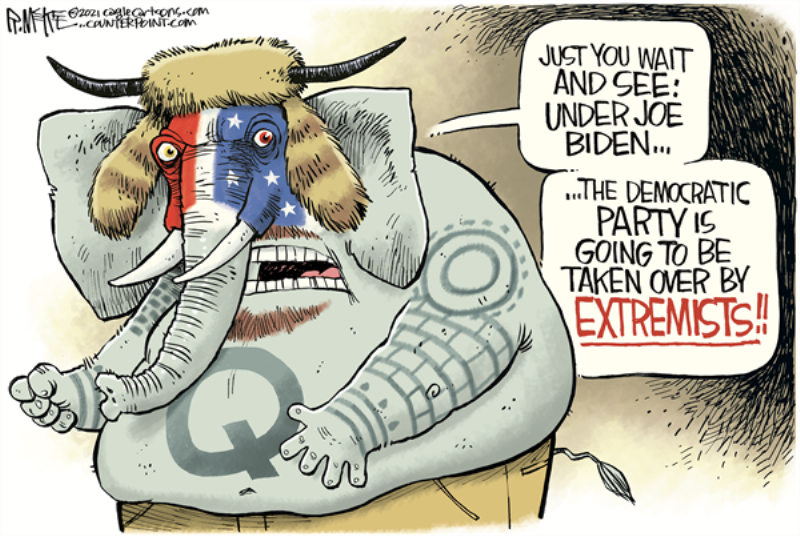 Regardless of their specific belief or non-belief, most people are generally decent and have genuine empathy for others. Take for example CNN anchor Don Lemon. During an appearance on The View last Monday, Don who is a Christian, responded to the news that the catholic Church would not endorse same-sex unions with the following thought …

God is not about hindering people or even judging people… I would say to the pope and the Vatican and all Christians or Catholics… go out and meet people, and try to understand people, and do what the Bible and what Jesus actually said — if you believe in Jesus — and that is to love your fellow man and to [judge not lest ye be judged].

The response from some is exactly what you might anticipate. The conservative hate-based Christians at the Illinois Family Institute freaked out over Lemon’s remarks because HOW DARE he suggest God loves people.

Basically they were playing the “You must stop being intolerant of our intolerance” card.

To be clear, most people do completely agree with Don, it is just the bigots who don’t. To attack Don is to more or less openly self-certify that you are utterly bereft of basic human decency, compassion, and empathy. To put that another way, they have issued judgement and so they are now judged.

Should we really be surprised by such people?

When you blend autocratic right-wing politics and religious fundamentalism, then the resulting brew of unthinking obedience to literalism is utterly toxic.

So what other crazy things have bubbled to the surface during this past week?

You will find below a few of the more extreme examples that have popped up during the past week.

I’ve highlighted these so that we can laugh about it all. I find that to be the best response to the batshit insane babbling that flows from this cult of fools.

The folks who are on the wrong side of history and are pushing against civil rights.

References to Hell and Demons = “I don’t have a credible fact based argument, so I’ll use religious imagery to push emotional buttons“

Just to ensure that Kat maintains her crown as the official national nutter, we got this for March 17, St Patrick’s day …

Yes, Ket is eccentric, but she really does not have a monopoly on that.

Fools of the week – The False Profit$