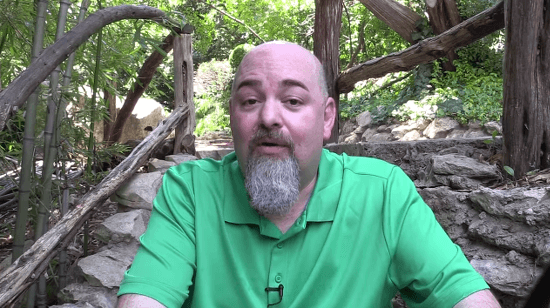 As pointed out by the Friendly Atheist, Matt Dillahunty has an interesting video up that looks into the justifications for the dismissal of the Old Testament when you point out that the god described within it is a truly obnoxious character and also promotes some highly immoral guidance.

So when you proceed to point out some of the issues within the Old Testament, the common rebuttal is “But that’s the OLD Testament”, and it is thus happily dismissed as something that can be happily ignored.

Matt takes a look into all this and asks, “What does that actually mean?” and also points out that by doing so they are indeed confirming that the bible is problematic and that this attempt to side step such criticism simply does not work.

So why is the dialog going in this direction?

Essentially what is happening is that within a religious context humans tend to start with a conclusion and then build upon that, and this foundation is also one that is not rooted in reason or evidence. Religious belief is basically an emotional cultural experience and so the beliefs that prevail today succeed because they tap into and leverage human emotions in order to both take root and to also sustain themselves. Once immersed into it and fully embraced, the strange rationalisations then take place when those outside point out some rather glaring inconsistencies.

For example, a claim that god is all loving, all knowing and perfect very much conflicts with a god who selects one anonymous tribe and directs them to slaughter all other competing tribes(Deuteronomy 20:16-17), or endorses morally repugnant ideas such as slavery with guidance that suggests beating your slave is just fine as long as the slave does not die from that beating.

The emotionally based belief is under assault so immediately the human mind will scramble to salvage and retain it intact by rationalising away such observations, and so we have common arguments such as “Oh but that is the old testament” popping up as a way to dismiss and flatten such criticism.

It does of course leave you wondering how people can pick a choose because clearly the ten commandments reside within the old testament, so if the nasty repugnant bits can be dismissed with “Oh but that is the old testament”, then on what basis are the not so nasty bits retained? …basically Matt does a nice job of laying out the details of it all, explains what the term “old testament” and “new testament” actually mean and also reveals that there is no consensus for such a line of thinking and that many different schools of thought prevail.

The Most effective Strategy

The most effective strategy is not pointing out the issues or declaring the bible to be grossly inconsistent, but instead consists of asking questions and permitting people to work it out for themselves. Some will still rationalise it all away and demonstrate an immunity to facts and reality because the emotional investment is simply too great to permit anything else, but others will begin to apply critical thinking and if they keep going successfully shatter the spell.

Why is there a problem to solve at all?

Should the fact that it is like this tell you that there is something seriously wrong here?