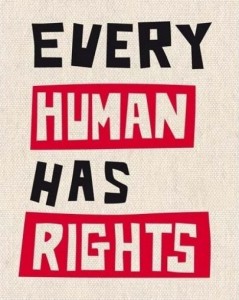 You can google the term “Women in Islam” and find a summary such as this Wikipedia page – Women in Islam. There, if you take a quick peek, you will find that it discusses various aspects such as education, employment, legal matters, marriage, movement and travel, and of course dress code.

We are of course all familiar with specific things, for example the Burka, or the fact the women in Saudi Arabia must be under the care of a male guardian and are not permitted to drive, but to be frank, the Wahhabi sect that prevails there is considered by the vast majority of Muslims to be quite crazy and does not in any way represent the actual beliefs of most Muslims. The fact that there is very little vocal opposition in public to such restrictive thinking by other Muslims is perhaps a reflection of the thought that if they ever wish to go on the Hajj to Mecca, then upsetting those who control the access rights would be rather foolish.

First Key Point: The term “Islam” actually means quite a lot of very different conflicting things. This is because that word is simply an umbrella that shelters a vast diversity of conflicting and constantly evolving thoughts. Why? Well because there are many different sects, and between them all there is no consensus and no agreement at all, there never has been, and so when anybody talking about the belief system attempts to assert “In Islam X is true,” … well you can be darn sure that this is simply one specific viewpoint and that there are many others out there who will also be Muslim and yet will assure you that for them X is not true.

OK, so what is the real problem here? (Stick with me, I’m getting to it)

When thinking about the rights of women within the context of this specific belief system, you will begin to appreciate that there is a vast array of quite different variations of thinking on the matter.

If, for example, you take a second closer look at that “Women in Islam” page, you might soon suspect something is up, because this definitive statement on women in Islam has the following banner at the top of the page …

In other words, there is no consensus here but instead there is an ongoing dispute that will in fact never ever be resolved. This of course is exactly what we would expect to find because there never has been any consensus on this matter …. ever, and so unless there is consensus that the page should reflect that diversity of thinking, then the dispute will never be resolved. I do wonder if it ever can be resolved, because from the viewpoint of every single Islamic sect, all the others are not real Muslims, and so how can they actually agree on what “Women in Islam” is, if they can’t even agree on what Islam is.

OK, let’s put that point aside, because I’m building up to my second point – the real problem here.

I often come across lists that expand upon the claimed rights of women is Islam … for example, here is a list posted to Facebook by an Islamic Apologist.

Now, my intent here is not to dissect this specific list or any other similar list and explain why it is not generally true within many manifestations of Islam (it’s not), but rather to draw out one very specific and rather important observation.

Why are there specific rights that are reserved exclusively for a specific gender?

You see, the high-level meta-problem is this – the moment you start discussing and promoting the rights for a specific gender, you are admitting that you do not support equal rights.

Key Point: The fact that anybody has a distinct list of rights that are exclusively for women is essentially confirming that they truly do think that men and women do not have equal rights.

So when faced with an apologist who attempts to promote their specific variation of Islam as not only the true variation, (they all claim that of course), but also as a nice warm fuzzy one because they have a distinct list of rights that women are entitled to, then what they are really  arguing for are distinctly separate lists of rights for men and women and strangely enough those that do this do not see that as a problem – and that in itself is the core of the real problem here. This is the meta-problem that manifests itself in many different ways within the many different Islamic sects.

Human rights should apply to all humans regardless of gender … period, and no belief system is entitled to trump that … ever … no matter how revered the ancient text that it leans upon is.