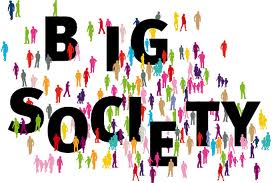 The recession in the UK (are we allowed to call it that) has motivated the powers that be to seriously consider finding god. Well not quite, what they are doing is starting to look upon religious groups as potential service providers. The most obvious example is of course education. Many non-believers are eager for their offspring to enroll within Church schools simply because they have better exam results, and perhaps also with the thought that they will be instilled with good moral guidance. I need not point out the reality, but what the heck, I’ll do so anyway:

They are usually oversubscribed so anybody who wishes their child to go and wants to apply, needs to be religious or at least needs to pretend. It is quite frankly astonishing how many parents suddenly find God. My guess is that they view it as an investment of about one hour a week of utter boredom for about six months to build up a track record that ensures their local friendly vicar will sign on the dotted line to affirm they are his. This results in a few odd things

Now, into all this we have the “Big Idea” politicians thinking that they can offload public service provision into the mix. Evan Harris (a true skeptic hero, but thats a story for another day), writes about this here in the Guardian today. It opens up some truly scary thoughts, think for example mandatory prayers if a homeless person wants a bed in a shelter. There is some very worrying stuff bubbling away under the covers here …

…they have a special exemption in equality law to discriminate against their employees narrowly on grounds of gender and sexual orientation (for priesthood and leadership roles) and more widely on the basis of religious belief.

…workers are being required to sign up to a religious pledge when their job (say, secretary or caretaker) has no real religious element.

Still not too bothered … right then, how about this ….

…staff of an existing secular provider – who make the beds in a hostel, or assist people with benefit claims – will face a faith test when the service and their employment contracts are transferred to a new provider that has a religious ethos.

our equality laws quite rightly prohibit the discrimination against users of public services on the ground of sexual orientation but the last government failed to extend this to religion.

Its at this point that the penny drops and most mutter something that usually rhymes with “Clucking Bell”, Yes indeed the golden boy who currently resides within downing street is setting up our public service workers and users for a heavy dose of religious persecution.

If questioned, many of these religious organisations claim they would never seek to discriminate or proselytise, but at the same time their well organised lobbing has been fiercely protective of their right to do exactly that.

As for the government’s “big society” initiative – its a truly “Big Mistake”.