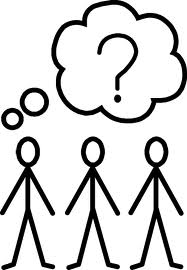 The results of a “Religiosity and Atheism” poll conducted by WIN-Gallup International reveals a rising tide of non-belief. The media has, quite rightly, latched on to the 9% decline worldwide and the 22% drop in Ireland, but looking into the details, one big surprise for me was that 25% of people in Saudi Arabia are not religious. (5% identified as specifically Atheist, 19% identified as not religious and 1% did not respond). In other words, 1 out of every four Saudi’s identify as not religious. This was done privately, it was a telephone interview, so you get the real answer.

This gives us a fascinating insight into what people in Saudi really think when not being watched. Clearly, when in public, they will be officially “muslim” because the consequences of not being religious would be dire, but privately behind the mask, we get a glimpse of the real truth.

Lets step back and take a closer look at the survey that has caught the media’s attention.

So who was this poll for?

The Press Release that has generated the media stories comes from RED C Research, an Irish marketing company who states that their mission is …

..to provide a level of service and thought unrivalled by others,  to ensure that reliable  insight is generated from all of our surveys, through innovative research design.

Well yes, who would actually declare that their mission was to be a middle of the road average company. The Press Release with the details is 25 pages

I asked the Red C Research folks to comment a bit on why they did this poll, they very kindly explained …

We are a group of independent research agencies.  We conduct at least one annual survey on general topics to provide a global view on different issues. It is not commissioned by an individual client/body. The question on religion is one of a series of questions which are published at different points throughout the year. RED C Research conducted the Irish element of the research and it appears it was our press release you picked up on. Each country would have provided their own country results and the comparison to the global view.

How did they gather data and how big a data sample was it?

They explain in the press release …

So that is 51,927 spread over 57 countries, and covers about 73% of the world’s population.  OK, so the data reflects things as of the start of this year, but they are also talking about percentages of increase, so what previous measure do they use to gauge that? Well there appears to have been a previous poll back in 2005.

What were they asking?

They basically have three measures, those who identified as religious, non-religious and specifically atheist. The precise working is quite interesting …

But in Ireland things are very different …

only 47% consider themselves religious,

Let me stress that last number … the majority of the Irish population now consider themselves to not be religious. Since 2005 that is a 22% drop in religious numbers … gosh, I wonder why, what could have possibly happened to change so many minds?

Ireland is not alone, right across the planet, religious belief has declined by 9%, that is a staggering drop, we are quite clearly living in an age of profound change.

Why these numbers, what is happening?

I have no data, just an opinion, but I’d like to suggest that the flow of information now available has greatly increased since 2005 due to the Internet, people are now able to find out previously hidden truths and are being exposed to factually based criticism of irrational beliefs. It also allows individuals to ponder and independently think things through for themselves using logic and reason. A better richer flow of information has yielded better decisions.

Now that is indeed encouraging.