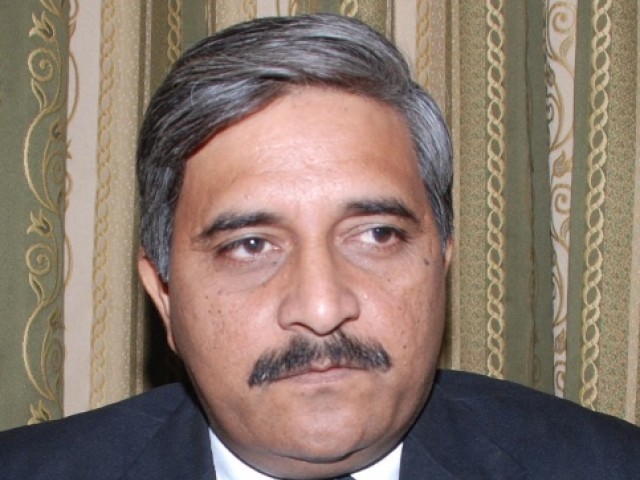 Rashid Rehman, was a truly decent honourable human being who did some outstanding work.

“He was a dedicated activist from the very beginning. All his life he was helping the downtrodden. He was fearless and never gave any time to the threats. He said he would live for the struggle and die for the struggle.” – Zamal Khan, senior HRCP official

Khan and his fellow lawyer were sitting with a client in their private chamber near Kutchery Square when two people approached them at around 8:30 pm. They climbed the stairs to the chamber, located on a higher floor, and opened fire at them.

Khan died on the spot

What is truly shocking about all this, is not just the murder of one of the few truly decent human beings openly struggling for the rights of the oppressed, but also what happened in the lead up to all this. He was openly threatened, not by some anonymous street thugs, but by some other lawyers in front of a judge who chose to turn a blind eye to the threat and do nothing …

The senior lawyer was defending a university lecturer accused of blasphemy and had complained that he had been receiving threats on his life.

The HRCP had voiced serious concern over the threats extended to Khan.

The Supreme Court advocate had submitted an application with the District Bar Association president Sher Zaman Qureshi last month, saying he was threatened by two lawyers and two other persons who asked him not to appear in the case he was representing.

Hafeez was known for his liberal views at the university and the case of blasphemy was registered after pressure from right-wing student groups, said a student, who wished not to be named.

The report mentions that “three persons including Advocate Zulfiqar Sindhu, in open court” threatened the lawyer and that ‘vigilance is indicated’.

In its letter to the Punjab government, the HRCP said that “[it] is extremely concerned about the threats given to the lawyers of Junaid Hafeez.”

No doubt his murderer will now have some Mosque named after him.

wounding the religious feelings of any person

The above term is a direct extract from § 298. The pure insanity here is that they truly do have that as a blasphemy law, and the penalty for it is … death.

If you are a decent honourable human being prepared to help the oppressed and downtrodden, then it is essentially open season on you in Pakistan. There is not even a requirement for you to actually be a blasphemer; simply stepping forward to stand with somebody accused of such a thought crime is sufficient, that alone is apparently enough to “wound religious feelings” and so merits a death sentence.

This is not the mark of a state in crises, but rather of a failed state, one where basic human rights are being robustly quenched by a religious theocracy. They might indeed dream that they are on the road to a pure Islamic paradise, but in reality they are ripping their culture apart and creating a hell on earth.

Shame upon those that turn a blind eye to this rising tide of lunacy and choose to remain silent.

I shall finish as I started – Rashid Rehman, was a truly decent honourable human being who did some outstanding work, and for that I salute him. He is gone, brutally murdered by religious thugs, so who now will stand with the oppressed?