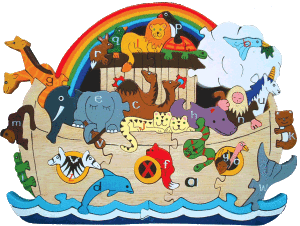 If you are going to make a compelling argument then you really do need to be familiar with the subject matter. Rather sadly (for him), Pastor Wallace Henley once again demonstrates in his latest article within the Christian Post that he lives in a bubble of mythology that is uncoupled from reality.

In the article entitled, “Westboro’s Fred Phelps and Atheist Bill Maher: Painting From the Same Palette“, he writes …

This is just one of the strange confluences between the preacher and the TV performer.

Meanwhile back in our reality, Bill Maher “hates” god about as much as he “hates” unicorns and fairies. I might not agree with everything that Bill Maher says, but on the topic of God, I agree with him, it is a myth.

So anyway, Pastor Henley proceeds to babble on about how Phelps and Maher align, and yet rather oddly is quite oblivious to the gross disparity here. Mr Phelps was a well-known homophobic bigot and truly did hate almost anybody and everybody. In a rather stark contrast, Bill Maher is a non-believing comedian who simply mocks silly beliefs.

Oh come on now, that’s not fair, he needs to issue a warning if he is going to tout stuff like that. He just broke my industrial strength irony meter that I had to buy after reading one of his previous articles, and now he has just broken this new one.

He takes issue with Mr Maher’s thought that it is rather stupid to think that a 600 year old guy collected up every animal on the planet and kept them all on a boat, then appears to suggest that this is not a stupid idea because a god who can do anything could also arrange this. So why would Mr Maher think it is all very silly? Well perhaps because there is exactly zero evidence that it ever happened.

Maher is a hyper-fundamentalist of atheism

So what the heck does that actually mean?

When faced with the question, “Is there a God?”, atheism is simply the conclusion that the answer is “no” due to the complete and utter lack of any credible evidence. So what exactly is a “fundamentalist” atheist, or for that matter a “hyper-fundamentalist” atheist. I get the impression that his real beef here is that Mr Maher simply committed the “crime” of being vocal about his non-belief on TV.

So what can one conclude from all this? Well perhaps one thought is that if Mr Henley does not like having his beliefs mocked by a comedian on TV, then perhaps the real solution is to not embrace such silly beliefs as “truth”.

So what triggered all this?

Well, this is where you can apply a bit of common sense and work out for yourself that Mr Maher  is not the same as Fred Phelps, because here is the specific segment that motivated the article by Mr Henley …

If Mr Henley does not like what Mr Maher has to say, then he could of course simply opt to not watch his show.