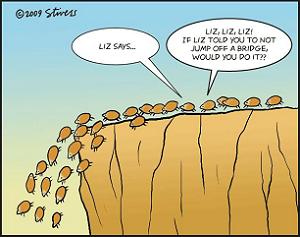 There exists an on-line group that was established by some Muslims to “debunk” Atheism, and so given my stance I was added (without being asked). How are they doing so far? Not very well, but then how exactly do you de-bunk non-belief? the only way possible is to offer objective empirical evidence that some variation of belief is true, but the problem with that is that faith is believing stuff on the basis of no evidence at all.

Now here is a specific more down to earth example, the following claim was presented yesterday …

So when asked for evidence, he advises …

I can back up with proof but I’d have to post it later. I’m not at my computer. I like to be challenged… I have a article that talks abt how catholics are the largest religion and how Islam is growing at a rate that it will surpass them…In shaa Allah

This perhaps in many ways is a bit like a teenage dick waving locker-room contest, “Hey, mine is bigger than yours“, (you know it is not going to work out for him). Today he came back with his “proof”, it consisted of an article in a China Daily blog posting (talk about scraping the bottom of the barrel), in which … oh, you be the judge, here is the meat of it …

Vatican City, the headquarters of the Roman Catholic Church, has finally admitted that Islam has now become the largest religion in the world.
‘For the first time in history, we are no longer at the top: Muslims have overtaken us,’ Monsignor Vittorio Formenti said in an interview with the Vaticannewspaper L’Osservatore Romano.

There are a number of very obvious problems here …

When his daft “proof” was laughed at, our friend declares …

remove yourself from this group because its obvious all you athiests do is offend religion in order to push your illogical beliefs on ppl. You put down other religions but want ppl agree your example. Thats wack. I don’t care what you think abt my postings, the decision of ppl’s belief do not rest on opinion.

He then promptly ran off and so far has not been back. Not really a surprise, he has no evidence at all, so will do the usual thing of vanishing for a few days and hope that when he re-appears nobody will remember, and that the discussion will have moved on.

Does it Really Matter?
There is in fact a bigger flaw here. There is verifiable data that Islam is not the fastest growing …

… An independent study published in 2010 that examined patterns of religious conversion among various faiths in 40 countries, mainly in Europe, also found that the number of people who were raised Muslim in those countries, as a whole, roughly equaled the number who currently are Muslim.

However, even if Islam was actually attracting heaps of converts (its not) … so what. The fact that something is popular does not in any way establish that it is true.

The fact that everybody around you apparently believes that once a year a chap in a red suit magically delivers presents, and on that day the gifts do in fact appear, does not in fact make the claimed belief true — ah but I guess you know that — you do don’t you?