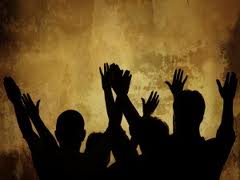 As a teen I once belonged to a Christian sect that was quite unique in many ways, but then perhaps each and every sect will have unique aspects. These folks did not have Church Buildings, but instead met in each others houses. They also had no clerics and so it was in many ways a very primitive form of Christianity. Perhaps “primitive” is the wrong word, and a better term would be basic. They could perhaps best be described as the happy-clappy crowd, but were into stuff such as speaking in tongues and so were in many respects pentecostal.

It was all my own fault in many ways, I was not drafted, I joined.

How did I get into it?

I was invited to go to a bible study in somebody’s house, and so with visions of several old ladies babbling from the bible I went, not with the thought that this wold be interesting, but rather with the thought that it would be a great way to meet some girls (a human sub-species that was a tad alien to me at that time because I just happened to go to an all-boys school).

It was not what I expected.

No old ladies and nothing dull … there were lots of young people crammed into a room, and Ruth, a 20 something, expounded upon how the spirit of god could fill you and change you. Once she was done, we then embarked upon the emotional roller coaster ride, and sure enough after enough happy-clappy songs, the spirit turned up and we were off on a psychological lift (Any psychologists attending could have made an entire career out of it all).

Net effect: I invested emotionally and so I was in.

I recall once being on a “Christian” hike and as we walked I expounded upon how the seven days in Genesis were symbolic and not literal. Each day simply corresponded to a specific geological age. (This idea itself is of course nonsense, but I’ll skip over why for now). Upon hearing all this, one of the chaps walking with me turned and asked, “Why is it symbolic, why not seven literal days?”. I recall answering, “Oh yes, how interesting”, and leaving it at that, but I also vividly recall thinking, ‘that is totally crazy, this guy is nuts’.

Now hold that thought, I’ll be coming back to it shortly, I’m about to switch to a third scene.

“They” are wrong, only we are right

I also recall at various times sitting inside this bubble looking out at the other variations of belief that prevailed and thinking that those other specific variations were inferior and not quite as good / right as ours was, and that they simply lacked a bit of additional information. They were sort of Christian, not quite as alien as those in other beliefs, but not “true” Christians like us.

Yes, I know the fallacy in play here, but I’m not going there today.

So where am I going with all this?

There are, as you might imagine, many specific aspects that I could expand upon, and stories to tell, but I wanted to draw out the above three scenarios to focus upon these three points:

When engaging in a friendly discussion with a believer, it is well-worth knowing the above so that you can avoid becoming frustrated when the immunity to factual information manifests itself.

The initiation of a successful intervention comes not from picking away at the symptoms, (the bad behaviour, the crazy beliefs) but rather from gently undermining the actual foundation itself – “faith”, which as Dr. Peter Boghossian’s Points out, is pretending to know things you do not actually know at all.