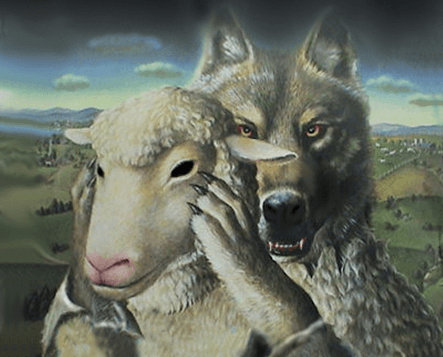 The normal social expectation is that religious beliefs are in many ways akin to joining a social club, and is a place you can come and go as you please.

Nope, sadly it is not like that at all.

Many variations of belief, not all, play the guilt card and so they psychologically manipulate people …

The above is the norm within many variations of belief, and if you start not turning up, then no doubt a concerned brother or sister will soon be knocking on your door to check up on you.

There are some that are better, for example the rather benign Church of England that is traditionally for many just a place you attend three times in your life – hatching, matching and dispatching. Their rather unique twist is the hold they have on good schools in the UK. This is where they contribute 10% of the funding of the school and the state pays the other 90%. For that 10% they get the right to have a religious selection process. Now by being very picky, they do end up with schools that are populated with kids who have pushy parents, and so the school generally does well, gets good results, and are in demand. What then happens is that those that want their kids to do well suddenly find god about 6 months prior to the start of term. If you are on the register as attending, then your kid gets a place at the school. They only insist on those six months, and so if you opt out after that, that is fine, your kid still gets to go to school. The bet the have is that during those six months you will make friends, join the wine club, etc, and that is usually what does indeed happen, so once people are emotionally invested in what is essentially a religious social club, they stick with it.

On the other end of the scale there are the folks who will behave in an abhorrent manner towards those who dare to leave, and will cut off and shun any who quit. (I blogged about that yesterday, and sadly such abysmal behaviour is not a monopoly, many groups do the same).

Islam is Unique – the penalty for leaving is death.

Islam is something rather unique, there is a rather common belief that those that are apostates (basically those that quit) should not simply by shunned or advised that they will be going to hell, but that they should be murdered.

There are multiple verses in Qur’an that condemn apostasy (for example, 3:90, 9:66 or 16:88), and multiple Hadiths include statements that support the death penalty for apostasy (for example,  Sahih al-Bukhari, 4:52:260,  9:83:17, and more) so the idea is indeed promoted as a tool of fear to be deployed to keep people religious.

If challenged about this, then in public the politically correct quote to deploy is perhaps the most quoted Quran verse …

That appears to conflict, so how do those that do truly believe that death is an appropriate response for those that quit Islam justify such a stance in the context of that verse?

Well it works like this, the “no compulsion” bit is claimed to apply to joining only and not leaving. Basically, you are free to join, it is a choice, but once you are in, then leaving would be treason and that merits a death sentence, and I’m not kidding, it was explained to me just yesterday, that killing apostates is just fine because that is treason.

Things also get a bit worse, some will also justify completely ignoring 2:256 as follows …

this verse is abrogated by the verse of “fighting…Therefore, all people of the world should be called to Islam. If anyone of them refuses to do so, or refuses to pay the Jizya they should be fought till they are killed.

Yep, that magical concept in Islam that permits you to cherry-pick the bits you need and discard the bits that conflict by simply declaring that one bit supersedes another. In fact most beliefs have something like this, even Christianity. If you point out the genocide and guidance on how you may beat your slaves that are in the Bible, Christians will happily explain that the New testament supersedes the Old Testament (and happily ignore the quote from Jesus telling them that he was not doing that).

Clearly there are also some strands of Islamic thinking that do not think like this at all, for example the Ahmadiyya are totally non-violent and so they will take any violent verse and explain that it does not literally mean that you to act violently and will also discard the violent bits of Sahih al-Bukhari, but then 99% of the Muslim of the planet today regard them as heretics and seek to openly discriminate against them and even murder them. (Pakistan has explicit laws that ban them from calling themselves Muslims, and that explicit discrimination is contained even within the Pakistani constitution)

The issue here is not how I should correctly interpret such texts in a non-violent and tolerant manner, but rather is the observation that there are tens of millions of Muslims who truly do believe that murdering those that simply quit being Muslim is just fine. To anybody who wishes to try and convince me that Islam is all about peace and non-violence, my immediate observation is that I’m not the individual you need to have such a conversation with, it is those tens of millions who truly to embrace the idea that death for apostasy is just fine that you need to convince.

Bad ideas, when embraced at “truth”, really do inspire humans to behave in an abhorrent immoral manner, and that is why challenging such ideas truly does matter.