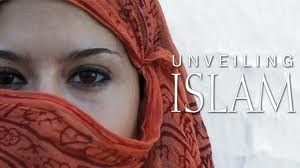 Karen Armstrong writes in todays Guardian about a new exhibition at the British Museum, and claims that it shows that a respect for other faiths is central to Muslim tradition. <You can insert your stunned disbelief here>. Apparently “western people have often perceived Islam as a violent and intolerant faith“, but she asserts that this is not really true and they are a warm fuzzy all-embracing peaceful belief system. Apparently we are also “succumbing unquestioningly to a medieval prejudice born in a time of extreme Christian belligerence“.

None of this is new, she has been banging this drum for some time now and much of what she writes here has been re-cycled from stuff she was writing back in 2006.

Sadly, while it might be nice to think any of this was actually true, Miss Armstrong is still not apparently acquainted with the modern reality of Islam and the living hell that this celestial dictatorship dispenses to millions. It feels very much akin to wishful thinking, an apparent act of closing her eyes to reality, and perhaps if she wishes really really hard, then it will happen. I wonder if she forgot to click her ruby slippers three times as she recited, “There is no place like home”.

First we have the claim that all the religions were at one time just as bad, and like the rest they are a lot better today  – Nope, not factually correct. No other belief system seriously proposes today that anybody who quits should be put to death. This is still a prevailing belief right across many strands of Islamic thinking and quite a few Islamic states put this abhorrent nonsense into practise.

We also have the claim that it is only a few bad Muslims, the rest are not like that – Nope, also not factually correct. I might indeed deploy words to refute this claim, but perhaps the blood of all that are being oppressed, exiled and slaughtered by Muslims right now across the planet is a more appropriate response. Even this week we have had slaughter in Nigeria, the Sudan and numerous other locations, but for some mysterious reason Miss Armstrong appears to have forgotten it all, and perhaps believes it never really happened.

There is also the truly bizarre claim that Islam, one of the most intolerant belief systems ever seen, is really rather tolerant. Ah yes indeed, so tolerant and inclusive that no non-Muslim is allowed by law to set one foot inside Mecca. It is indeed charitable, but has edicts again being charitable (Zakat) to non-Muslims … seriously, here is an Islamic page that strictly forbids Muslims to be charitable to non-Muslims. If you need actual evidence of how truly tolerant they are, you can ask the Zoroastrians in Persia, the Buddhists in Afghanistan, and the Christians and Jews in Saudi Arabia, and the Christians in North Africa and Asia Minor … Oh wait, you can’t, they seem to have all “disappeared”.

We also have distortion after distortion of historical facts presented to us. Take one example she presents …

Fleeing persecution in Mecca in 622, he and the Muslim community (the umma) had migrated to Medina, 250 miles to the north. Mecca was determined to destroy the umma and a bitter conflict ensued.

This is completely out of whack with reality and what actually happened. Mohammed and his followers were not fleeing arbitary persecution. They lived quietly until they had gathered strength, abusing their freedom all the time. It was only after Muhammad committed himself to join the Medinans in armed revolution against the Meccans that the town’s leaders sought to have him either killed or evicted, at which point they were driven out. Even after they had escaped, they were first to renew hostilities as Muhammad ordered deadly raids against Meccan caravans from his new home in Medina. It is a historical fact that the Muslims were actually the first to resort to physical violence in Mecca, we even know who and when, its is all a matter of historical record.

Now let me make one thing very clear, I am attacking an idea, an immoral belief system, and not individuals. There are of course many decent honorable humans who also happen to be Muslim, but that is not because of their faith, but rather despite it. Many systems of belief would have you believe that we are all wicked and evil unless we are religious, but the reality is that the nations that are the least religious are also the most peaceful. The world is of course full of good folks who strive to do what is right, and also some amoral folks who commit truly hideous acts of violence. Where Islam  fails is that it motivates many good people to commit obnoxious crimes by tricking them with the belief that they are doing good.

To make her case, Miss Armstrong has cherry picked a few nice bits, sanitized history, and ignored the modern reality. This is at best misleading, but to be frank is more akin to the typical fraud that the religious often indulge in. Is this deliberate deception? No, I suspect not, I think she might indeed really belief it all.

Beyond all the dubious pseudo-peace assertions and the ever present violence and fear, we still have the central claim of a supernatural divinity that is utterly fictional. Deal with that and the rest will be resolved.

Are you tempted to think that I am in fact expressing prejudice towards a sexist homophobic totalitarian superstition? –  yep I am indeed.

3 thoughts on “Islam is tolerant and peaceful? … Yea right.”