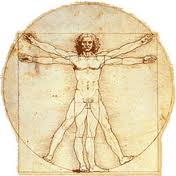 (Washington, D.C., November 9, 2010) A national multimedia ad campaign – the largest, most extensive ever by a godless organization – launches today and will include a spot on NBC Dateline on Friday, November 12, as well as other television ads, that directly challenge biblical morality and fundamentalist Christianity.  The campaign, sponsored by the American Humanist Association, also features ads in major national and regional newspapers and magazines demonstrating that secular humanist values are consistent with mainstream America and that fundamentalist religion has no right to claim the moral high ground.

The ads juxtapose notable humanist quotes with passages from religious texts, including the Old Testament, the New Testament and the Quran. The ads then ask the audience to “Consider Humanism.” One example is the following pairing: The Bible: “A woman should learn in quietness and full submission. I do not permit a woman to teach or to have authority over a man; she must be silent.” I Timothy 2 (New International Version) Humanism: “The rights of men and women should be equal and sacred—marriage should be a perfect partnership.” Robert G. Ingersoll, in a letter dated April 13, 1878. Another pairing is: The Bible: “The people of Samaria must bear their guilt, because they have rebelled against their God. They will fall by the sword; their little ones will be dashed to the ground, their pregnant women ripped open.” God, Hosea 13:16 (New International Version)  Humanism: “I cannot imagine a God who rewards and punishes the objects of his creation, whose purposes are modeled after our own—a God, in short, who is but a reflection of human frailty.” Albert Einstein, column for The New York Times, Nov. 9, 1930.

To see images and videos of the ads and find more information about the campaign please visit: http://www.considerhumanism.org

To see the full text of this press release, click here.

There is a far better, far superior, alternative than embracing superstitious myths.  Give it some serious thought … consider humanism