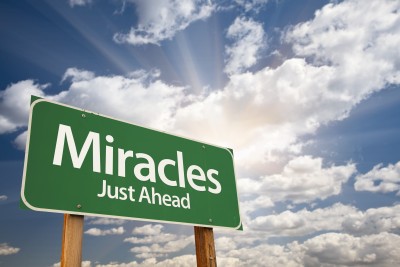 OK, so Dave Armstrong, a Catholic Apologist, posts in response to an email from a reader of his blog asking for evidence. He takes the following stance …

Why do you assume that empirical evidence is the only kind of indication that God exists? If indeed God [the Father] is a spirit (as we Christians believe), how in the world is it that empiricism (the study of matter) is trotted out as the only possible way by which His existence can be proven or indicated?

That makes no sense. Empiricism is not the only form of knowledge, in any event, and it doesn’t directly apply to God as we believe Him to be, because He (the Father) is an immaterial spirit.

Well Dave, it works like this. The Christian claim is one in which this “immaterial spirit” for which there is exactly zero credible evidence, manifests in our reality and that in essence is a claim that is testable empirically. Yet when any and all such tests fail, then this is the standard fallback – “ah but God is a spirit”.

But, I suspect to some degree Dave realises that and so he also points out …

But Jesus, Who is also God, was quite material, and He performed (empirically verifiable) miracles (blind men began to see; lame began to walk), and rose from the dead, which was an observable thing (i.e., when He appeared afterwards and ate fish, and people touched Him). That was quite along the lines of what you demand; yet atheists simply dismiss it as a fairy tale.

… and the reason that this is all dismissed is because the above claim has no credible evidence at all.

Yes we have claims in the Gospels, all written many many decades long after the events described by individuals who did not witness any of these events but instead simply wrote down claims. You would think that if indeed the blind were seeing and the lame walking some local or Roman historian would have noticed and recorded it, but no independent contemporary sources exist that verify any of these claims.

The best is possibly Flavius Josephus who has two references in Books 18 and 20, but neither of those withstand any real critical analysis. The Book 18 reference is generally deemed to be a fake because the Greek terms used is 4th century and not in the Greek literary style of Josephus, and the Book 20 reference is actually talking about Jesus, the son of Damneus (Jesus was a very common name at the time).

So when we give you what you ask for, it’s immediately dismissed: which is itself an irrational attitude: closed to possible empirical evidence, simply because it was 2,000 years ago, and because it was miraculous; because you guys, in your infinite wisdom, arbitrarily and dogmatically declare that miracles are impossible from the outset

To be quite frank, no it is not acceptable evidence, but rather consists totally unverified claims, Dave appears to be demanding gullibility not critical thinking.

The Accuracy of the New Testament

That can scarcely be compared to the huge amount of manuscript evidence for the NT: better than any other ancient document, and the mountain of archaeological verification of its accuracy.

Historical accuracy regarding specific places does not in any way verify that the supernatural claims are true. For example a specific railway station described within the Harry Potter books is quite real, and yet you have no difficultly working out that the story is fiction.

I do agree that the NT has indeed got rather a lot of manuscript evidence, but the dates of authorship remain as a problem …

This is all rather a long time after the events they supposedly describe. They also conflict, not just in small details, but rather glaringly to such an extent that each of the gospels describes a distinctly different Jesus, so if asked do you belief in Jesus, you would need to ask which one – you have at least five to choose from; one for each of the gospels, and our modern blending of it all.

Not long ago many scholars denied that King David existed at all. Not anymore. Inscriptions have been found; his palace has been discovered in Jerusalem (I visited it last October). A city from his time (c. 1000 BC) west of Jerusalem has been uncovered.

So what is the currently prevailing consensus?

The evidence from surface surveys indicates that Judah at the time of David was a small tribal kingdom.[24] The Bronze and Iron Age remains of the City of David, the original urban core of Jerusalem identified with the reigns of David and Solomon, were investigated extensively in the 1970s and 1980s under the direction of Yigal Shiloh of the Hebrew University, who failed to discover significant evidence of occupation during the 10th century BCE

Academic views (it is religious fiction) …

… Israel Finkelstein and Neil Asher Silberman reject the idea that David ruled over a united monarchy, suggesting instead that he ruled only as a chieftain over the southern kingdom of Judah, much smaller than the northern kingdom of Israel at that time … They note a lack of archeological evidence for David’s military campaigns and a relative underdevelopment of Jerusalem, the capital of Judah, compared to a more developed and urbanized Samaria, capital of Israel …

… Jacob L. Wright, Associate Professor of Hebrew Bible at Emory University, has written that the most popular legends about David, including his killing of Goliath, his affair with Bathsheba, and his ruling of a United Kingdom of Israel rather than just Judah, are the creation of those who lived generations after him, in particular those living in the late Persian or Hellenistic period

So who do I go with here, the religious claims, or the views of those who spend a lifetime researching it all? Dave obviously turned up as a tourist and was spoon fed stuff he wanted to find … but that does not in any way alter either the actual archaeology or academic views that prevail.

There is plenty of documented evidence of observably (medically / scientifically) verifiable miraculous cures.

Or you could check out the records at Lourdes, where Mary appeared. They have a long record of many hundreds of cures: all verified by medical science.

Ah yes, “Lourdes”, that supposed bastion of “miracles” … except when you look, you soon uncover things the religious like to brush over. To quote from here …

Clearly as time progresses and our understanding of medicine improves, the “miracle” rate has rapidly declined. Researchers now know, for example, that certain genes switching on and off can cause spontaneous elimination of cancerous cells. But what suddenly initiates this process remains unknown. To the faithful, the trigger is supposedly God.

What we have is a cultural phenomenon that is the perfect balance. There is enough clarity in the miraculous to satisfy believers—and enough obscurity to satisfy sceptics, so nobody changes their mind.

What is also rather clear is that none the cures alleged to have occurred at Lourdes have involved dramatic, unambiguous events like the growing back of a severed limb and all fall into a area that does not preclude a natural explanation. We now live in an age when things are understood to a far greater degree, hence only 4 “miracles” since 1978 instead of lots, and no doubt as our understanding grows that will eventually shrink to zero.

There are incorruptible saints. They exist.

Once again, this is not something that is actually a “miracle” or supernatural …

they are more likely signs of careful or lucky burial, combined with ignorance regarding the factors that affect rate of decay. Some alleged cases of incorruptibility border on the piously fraudulent. For example, a television program showed a corpse in a case of a very lifelike woman the narrator said was the preserved body of St. Teresa of Avila who died in 1582. The corpse was actually that of St. Bernadette Soubirous, who died in 1879. A photo of her corpse can be seen on the cover of a book called The Incorruptibles, which claims the body has been “preserved intact since 1879 without embalming or other artificial means.” Actually, the face and hands that look so real in the photo are made out of wax. The wax was added because the face was “emaciated” when the body was first exhumed (Nickell 1993: 92). Perhaps St. Bernadette’s corpse should be moved to Madame Tussauds.

Some of these alleged saintly incorruptibles have exuded a sweet odor when exhumed. The faithful take this as a sign of divine intervention; the knowledgeable take it as a sign of embalming fluids and ointments.

In addition to numerous saints whose various body parts are kept in reliquaries and venerated by the faithful as proof of life after death or some god’s existence or some such thing, there are secular examples that are equally dramatic. For example, the severed head of King Charles I of England was exhumed after 165 years and according to the royal surgeon Sir Henry Halford

The complexion of the skin was dark and discolored. The forehead and temples had lost little or nothing of their muscular substance; the cartilage of the nose was gone; but the left eye, in the first moment of exposure, was open and full, though it vanished almost immediately: and the pointed beard, so characteristic of this period of the reign of King Charles, was perfect. [The head] was quite wet, and gave a greenish-red tinge to paper and to linen which touched it. The back part of the scalp . . . had a remarkably fresh appearance. The hair was thick . . . and in appearance nearly black. . . .*

The preserved head was due to accident and had more to do with how it was buried at St. George’s Chapel in Windsor

Am I convinced that anything supernatural is going on here?

I usually don’t bother even arguing these things

… says the guy who has written a long post banging on about it all. Why would he not normally write about such obvious “proof” if it is indeed all verifiable. Well basically because it is all a rather uncomfortable area to delve into – none of it withstands any critical analysis.

So will he have changed any minds? Nope, that takes objective independently verifiable evidence, and there is nothing that meets that criteria in this area.

Will my posting criticising his change any minds? Probably not.

People embrace such beliefs for both cultural and emotional reasons, and not because any of the associated claims are actually true at all. Once you are invested in the belief then natural human psychology kicks in to preserve that investment. The stuff that conflicts will be filtered out, and only the stuff that enables the belief to remain intact gets through.