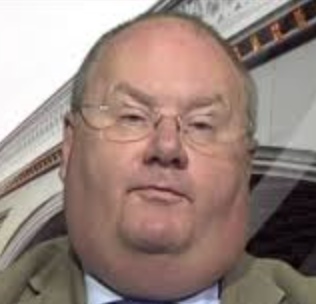 As I’m sure you may be aware, a UK Government Minister, Eric Pickles, has been making statements …

“Militant atheists” should accept that Britain is a Christian country and “get over it”, the communities secretary Eric Pickles said yesterday.

Pickles changed the law in 2012 to ensure that English parish councils could not face legal challenges for including prayers in public meetings, and accused the last Labour government of “diminishing Christianity” by suggesting that religion and politics could not mix.

The minister told delegates at the Conservative spring forum in London that non-believers should not be able to impose “politically correct intolerance” on others.

“I’ve stopped an attempt by militant atheists to ban councils having prayers at the start of meetings if they wish,” said Pickles. “Heaven forbid. We’re a Christian nation. We have an established church. Get over it. And don’t impose your politically correct intolerance on others.”

There is a rather obvious observation – the extremism here is not the non-believers objecting, but rather the insistence by one specific shade of belief that it gets a rather special privilege to officially impose itself upon the vast majority of the population who do not adhere to it philosophy.

However, what is perhaps the most important question here is this …

When the next election comes you might wish to ponder over that specific question when considering who to vote for.