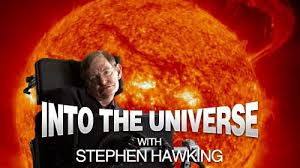 Over at the Christian Post is a blog entry that claims that Stephen Hawking has exactly three arguments against god. This all comes to me as a bit of a surprise because I’m not actually aware of him making any “no-god” assertions at all, but that instead he has simply confirmed that he himself does not believe and also as a scientist he can explain the universe without recourse to a “god did it” claim.

So let’s take a quick peek anyway and see what we have.

In a recent exchange with a Spanish journalist, physicist Stephen Hawking affirmed again that he was an atheist and asserted that a supernatural Creator is not necessary to answer the foundational philosophical question posed long ago by philosopher/mathematician Gottfried Leibniz: “why do we have something rather than nothing?”

Nope, that’s wrong, that is not at all what he said, and so it is very dishonest to claim it, the actual exchange played out as follows …

In my second question, I ask me to clarify his stance on God and religion, which has generated an intense debate among its readers.On one hand, the end of History of Time, wrote that if one day we managed this “theory of everything” would know “the mind of God.” But later in his controversial book The Grand Design, said that the universe can be created “out of nothing, out of nowhere,” and that the idea of God is “not necessary” to explain its origin.I wonder, given this apparent contradiction, if he changed his mind in this area, and if deemed agnostic or atheist.

Their resounding answer is very clear that although many have come to describe as “a miracle” that Hawking is still alive, half a century after being diagnosed with a disease whose life expectancy is usually a couple of years, the astrophysics rejects all religious beliefs: “In the past, before we understood the science was logical to believe that God created the universe But now science offers a more convincing explanation.. What I meant when I said I would know ‘the mind of God’ was that we would understand all that God would be able to understand if any exist. But there is no God. I am an atheist. Religion believes in miracles, but they are not supported by science. “

Argument 1 – It’s an appeal to the future

He is making a straw man assertion as follows …

Hawking’s first argument against God can be summarized by saying that God is simply unnecessary; that the idea of a Creator has historically been substituted for true knowledge about reality, but today we know better. Hawking writes, “Ignorance of nature’s ways led people in ancient times to invent gods to lord it over every aspect of human life.”

This is the “God of the gaps” contention, which states that science has now filled past gaps in human’s knowledge of how the universe works and any remaining holes in that fabric will be mended by future discoveries.

The last part of the argument should be recognized by those who have studied logic as the “appeal to the future” fallacy, which says that someday evidence will be discovered to justify a person’s current position. But what about the core contention being presented here?

Nope, this is nonsense. There are indeed things we do know and can now explain that were once attributed to gods. There are also things we do not know yet, and so we have an unknown. It is true to think that one day we might have an answer, but to assert that this is an “appeal to the future” fallacy is quite bizarre.

If we do not know, then we do not know,  and neither does he know, because asserting “god did it” is not a credible alternative, there is no logical fallacy in play here. He appears to be suggesting that because there is something we do not know the answer just must be a god, and that truly is a fallacy known as an appeal to ignorance.

the laws of science can certainly explain the way my computer works and the various mechanisms and causes that went into making it (the ‘how’), but such explanations don’t negate the need for the agent/efficient cause that designed it, which answers the “why my computer exists” question.

Indeed yes, he is essentially saying … “something must have caused everything, I have no evidence for what that was, therefore my specific Juedo-Christian god concept did it” … ta-da. To which one can only ask, “how do you know?”, and quickly discoverer that the evidence for this claim is exactly zero. We might also ask, “what caused this god?” because his question implies a rule that he has decided upon, that everything has a cause, and suddenly we discover this rule is broken and this invented god answer has no cause, and so the basis for that claim is not only exactly zero, but also has no rational foundation at all.

Argument 2 – Well the universe is here, so it must have been a god … right?

Hawking is affirming an eternal universe or eternal multiverse (an ensemble of universes), which is definitely one of the only two possible choices for existence, the other being God.

Really? …the “only” other choice is a god.

First, when he says “the universe can and will create itself from nothing”, the “nothing” he’s talking about isn’t the standard definition of the word (i.e. “no thing”, non-being). Instead, he’s very much referring to “something”, in this case gravity, space, a quantum vacuum, and a set of laws at work referred to as M-Theory.

You can tell that this guy is really not a physicist because no, Stephen Hawking is not claiming that “nothing” = gravity and space.

Second, this “thing” can very correctly be referenced as an uncaused cause…much the same as God.

So what is going on here is all the usual religious hand-waving. For the record M-Theory is in reality a hypothesis, and not a proven fact and at best, might (or might not) provide a framework for developing a unified theory of all of the fundamental forces of nature.

Right now, we simply do not know, and that is, if you are truly going to be honest, all you can state. To start claiming that it is a scientific truth when it is no such thing and to then start using it as a basis for babbling about uncaused causes as if it was an observational fact, is very dishonest.

Is he really asserting that magic is real?

Hawking believes that natural laws cannot be “violated” in any way, and thus the God of the Bible who is reported to perform miracles cannot exist. But why must this be the case? Why can’t the God who created the universe and all its natural laws suspend them when He chooses?

Well, there are a couple of reasons, but mainly because this god does not exist. The claim here is that there is a god that will intervene and suspend the laws of physics – now that is something that could be measured and demonstrated, but so far the actual objective and independently verifiable evidence for this is exactly zero, and until that changes in any meaningful way, then this is pure fantasy.

In the end the author of this article is pretending to know things that he does not actually know at all, and is making assertions on the basis of no evidence at all – he asserts that he has the “knowledge of the truth” and yet has no evidence at all to establish such a claim.

He finishes off by pointing at an article by John Lennox and claims that within it Stephen Hawking has been debunked …but no, that is simply yet another guy who also believes in magic and has no evidence at all.

Interweaving what are essentially religious claims with some sciency sounding stuff and associating Stephen Hawking with it all might indeed befuddle some, but such slight of hand is simply incandescent vapours and translucent surfaces. (Smoke and Mirrors).

22 thoughts on “Claim: Stephen Hawking has three arguments against God”