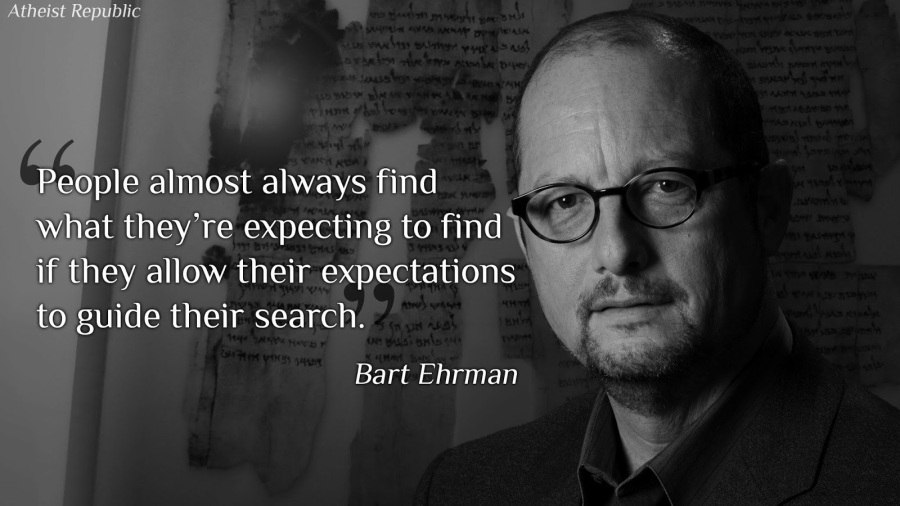 In response to an article published on Oct 19 entitled “Separation of church and fate”, the Rev. Dr. Richard L. Shaw has written a letter to the Asbury Park Press in which he claims …

The Oct. 19 article in the @issue section of the Press, “Separation of church and fate,” by the public relations director for American Atheists Inc. is a paradigm of special pleading. In flaunting the use of evidence versus Christianity, his examples ignore the heavy weight of empirical evidence for the existence of a supernatural architect called God.

Lee Strobel is a brilliant contemporary Christian who as a journalist and atheist interviewed many, Sam Harris among them, on both sides. After much careful consideration of all the evidence, Strobel became a Christian. Frank Morison started writing a book in rebuttal of the resurrection of Christ. After examining the evidence, he became so convinced that Jesus indeed rose from the dead that he became a Christian and wrote, “Who moved the stone?” Science, reason and empirical evidence, so far from opposing Christianity, bear witness to their common Author.

And that’s it, that is the entirety of his “empirical evidence” … two authors who write books that claim it is all true, and since they started out as doubters and ended up as believers, then it just must be true … ta-da.

If you dig into Mr Strobel’s claims you find that he has no actual empirical evidence at all.

His “evidence” is well known and available for all to read. His book The Case for a Creator consists of interviews with intelligent design advocates, the guys who claim “God did it” on the basis of exactly zero evidence. They might indeed befuddle those not familiar with the absurd assertions they promote, but their various claims are most certainly not credible or evidence based.

His other book, the Case for Christ, is a similar one-sided collection of claims made by well-known christian apologists that will tick boxes for those who want to believe, but offers no independently verifiable empirical evidence.

Moving on, the other is “Who Moved the stone?” a book written by Albert Henry Ross under the pen name of Frank Morison in 1930. The book itself very much leans upon the bible as a reliable source for the claim and fails to address the rather obvious observation that the bible is not regarded as reliable by most honest scholars. It also fails to recognise that outside of the dubious claims asserted within the bible, there is no evidence at all, and that stunning silence itself is rather telling.

What is actually happening here is called “Confirmation Bias“. When you have invested rather a lot of your time and life in an idea that you are wholly convinced is true, then there is a very natural tendency to search for, interpret, and prioritize information in a way that confirms it.

What is also interesting about confirmation bias is that it becomes stronger if the idea or belief is deeply embraced emotionally.

The actual mechanics is that ideas get tested in a one-sided way, with a focus on just one possibility and ignore any and all alternatives. When it comes to things such as intelligent design claims, or jesus rising from the dead, then you find that the defence of both of these are classical examples of exactly this.

There are indeed scientists who assert intelligent design claims, and the fact that 99.998% of life-science scientists dismiss such claims is not due to their rejection of god claims or down to their scientific confirmation bias, because clearly some within that 99.998% category are religious and do believe. They instead go with the honest observation that there is exactly zero evidence for intelligent design and instead settle for what the evidence does tell us, and perhaps consider that if there is a god then evolution is how that god did it all.

As for people rising from the dead … yes it is a belief, but the number of independent sources for this rather astonishing claim is exactly zero. Jesus himself supposedly was not the first and is also claimed to have gone around raising up several people from the dead, healing the blind, etc… and yet when it comes to all the contemporary historians, nobody noticed any of this. It should have been front page news, but the stunning silence tells all.

The very earliest gospel, Mark, was written in about AD 65, or perhaps AD 70, and the earliest manuscripts finish at Chapter 16 v8 with the death of Jesus. The addition of the resurrection came later and was added in the 2nd century – now what does that tell you?

It might indeed strike you as rather odd that such an important claim not being originally there in the earliest accounts does not cause some to question their belief that it really happened, but then that is exactly what happens when confirmation bias is in play.

We are all prone to confirmation bias, and so the only real evidence for any claim must be wholly objective and independently verifiable – if that is missing, then the claim can and should be dismissed if we are truly interested in believing in as many true things as possible.

1 thought on “Claim: “There is empirical evidence for God””