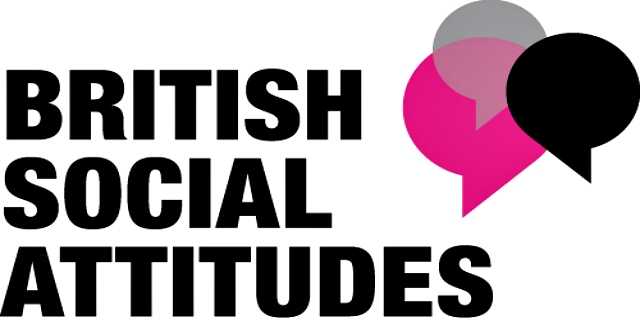 Once a year we gain an insight into the ever changing British Identities and attitudes via the official publication of the British Social Attitudes report. This is an annual statistical survey conducted in Great Britain by National Centre for Social Research since 1983.

You can download the full report via this link. (Sanity warning, it runs to well over 200 pages).

Headline Item – The Decline of Religion

The Highlight from this latest British Social Attitudes report, the one that most media outlets have run with, is a continuation of an ongoing trend in the UK that they have been observing over the years, so I’m going to focus mostly on that section of the report …

The majority of the population are “Nones”, they have no religious affiliation. Here is what has been happening …

It can and is argued that religion is a private matter, but a key point to understand is that it is a trend with profound implications for UK social norms as well as UK public institutions. The official head of state of the UK (the Queen) is also officially the Head of the Church of England, and the House of Lords is also populated with C of E Bishops. We now live in a nation where they do not represent the majority. Most would (correctly) view it as rather bizarre for such arrangements to be in place on the sole basis that these are all adults that think that their imaginary friend is real.

What else do we learn about the changing religious landscape?

Decline Religion in the UK – Some Statistics you might not know

This is not a picture where people are still believing and simply not belonging, the facts don’t support that. There really is an ongoing increasing trend of not actually believing.

Why is this happening, are people dropping their faith?

Actually no. Religious decline in Britain is generational; people tend to be less religious than their parents, and on average their children are even less religious than they are. Further, as having no religion becomes more common and, one would assume, more socially acceptable, it appears that vaguely religious people who in the past would have identified as belonging to the Church of England or another group no longer do so.

Britain is becoming more secular not because adults are losing their religion but because older people with an attachment to the Church of England and other Christian denominations are gradually being replaced in the population by unaffiliated younger people.

Is this all about Intolerance Increasing?

Nope. Secularisation should not be interpreted as a growth in intolerance, indeed the reverse appears to be true. The British public do increasingly appear to have little confidence in religious institutions or faith that they are a force for good. However, a large majority maintain positive or neutral views of individuals belonging to a religion – a pattern which is even more prevalent among younger people – although also a suspicion regarding, and reluctance to indulge, extremism.

The ongoing trend is clear

Those claiming religious identity, practising a religion or believing are clearly diminishing, as a proportion of the British population and so, arguably, in influence.

What else do we learn from this Latest British Social Attitudes Report?

Rather a lot, and it is all too much to articulate here within just one posting. I will however give you a quick summary of some other things.

The Elephant in the Room – BREXIT

Has the UK really had enough of Experts? – Science and Technology

Support for Science is strong …

The introduction of Shared Parental Leave reflects the direction of long-term changes in attitudes towards gender roles.

While almost everyone supports the principle of equal pay, the public is more divided about the gender pay gap.

Negative perceptions regarding the scale and acceptability of poverty and inequality have become more widespread since the period before the 2008 financial crisis.

Where can I find all the details?

Here via this link.