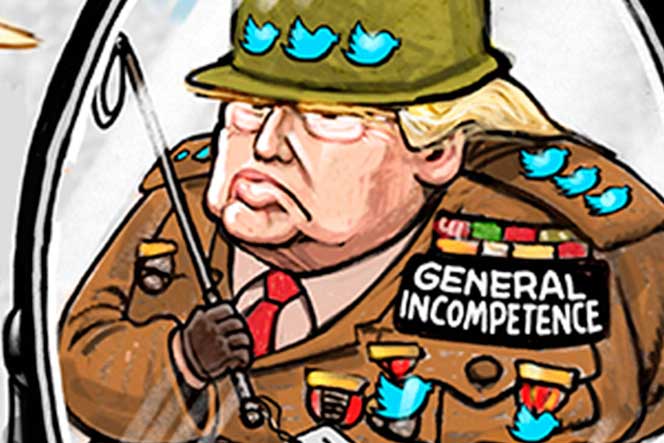 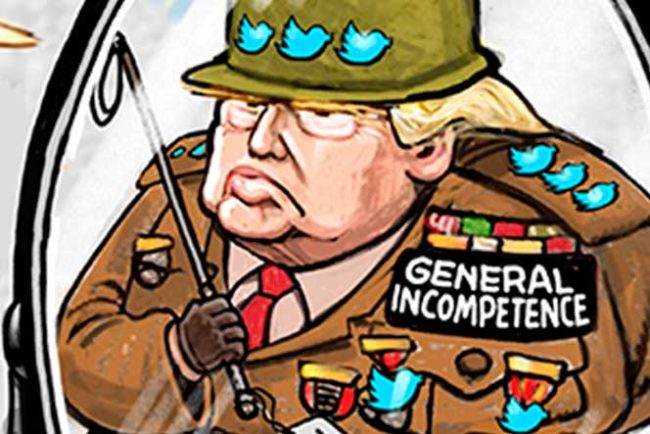 Every human, even the most vile and obnoxious, will generally see themselves as the lead actor playing the hero. We are never wrong, but instead are talking a stance for what we believe in. So what about Trump, why does he do what he does, even when it is clear that the impact is not in the best interests of the US?

I came across a series of tweets that I thought I’d share today. They grant us some potential insight.

It comes via Matthew Chapman.

Believe it or not, Trump's insane proclamation that he will keep tariffs in place until there are no more Mercedes on Fifth Avenue gave me a moment of clarity.

I think I finally understand Trump's economic philosophy now. And we are absolutely screwed.

Believe it or not, Trump’s insane proclamation that he will keep tariffs in place until there are no more Mercedes on Fifth Avenue gave me a moment of clarity.

I think I finally understand Trump’s economic philosophy now. And we are absolutely screwed.

The one thing that you need to understand about Trump is that he is, at his core, a con man with no empathy.

Therefore, he assumes that all other people are also con men with no empathy, and every exchange of goods and services that exists in the world is, on some level, a con.

Trump assumes every transaction in the world — between people, businesses, nation-states, even between two different agencies of the same government — has a winner and a loser, a scammer and a sucker. He believes if you’re not ripping someone off, you’re getting ripped off.

From an economist’s perspective, this is complete nonsense. Unless there are major information asymmetries or distortions of market power, and often even then, most transactions are generally to the mutual benefit of both parties.
Otherwise no deals would ever get made.

But Trump — the man who created a fake university, made stiffed contractors, hired the mob, and filed for bankruptcy six times — cannot believe his.

So he goes out of his way to cherrypick how he sees the world, so that everything we do looks like either a ripoff or a steal.

It’s not simply that Trump *doesn’t* think the Paris Climate Agreement, Iran nuclear deal, TPP, NAFTA, or luxury cars from Germany are a good deal for America. It’s that he *can’t* think that.

It’s an alien concept to him that a deal other people want with us could also help us.

To Trump’s mind, the mere fact other countries sought out these deals with us, and that their own economies benefit, is unassailable proof we got ripped off.

He can’t see the evidence they helped us too. His mind will only cherry-pick potential ways it could be bad for us.

This is why Trump will never, ever, be able to negotiate with the rest of the world. He doesn’t believe in mutual benefit.

The second anyone tells him “this is your end of the deal” he’ll rip it up. He believes only one party can have an end of the deal, and it shouldn’t be him.

So folks, I hate to tell you this, but he’s only getting started.

As I said: we’re screwed.

And we’re not just screwed on foreign policy, but domestic. This explains his behavior over DACA, spiking two bipartisan deals even though they were what he asked for.

He assumed if Democrats were willing to talk, his deal wasn’t ripping them off, ergo it would rip him off.

That implies if Democrats win Congress, we are going to enter an all-out legislative standstill like we’ve never before seen.

Our system is entirely reliant on compromise and compromise isn’t compatible with Trump’s beliefs. We will struggle to pass even basic reauthorizations.

So yeah: our nightmare is not going to end until we get this pathological con man out of office.

And we will pay for it.

I think he is essentially correct.

The issue with Trump is not a mental illness, nor that he is evil, but instead that he is simply a seriously flawed human whose mode of thinking renders him incapable of making decisions that are in the best interests of the nation.

For politics to truly work in the best interests of the majority, elected representatives need to be able to compromise and so grasp a win-win outcome. He simply can’t do that because it is not how he thinks.

To put that another way, while he sits at a desk where the buck stops, “we’re screwed”, but I guess you had already worked out that last bit.