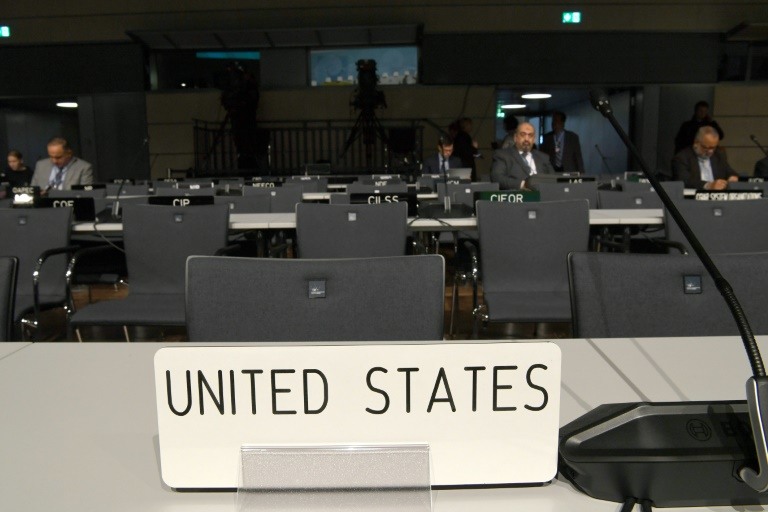 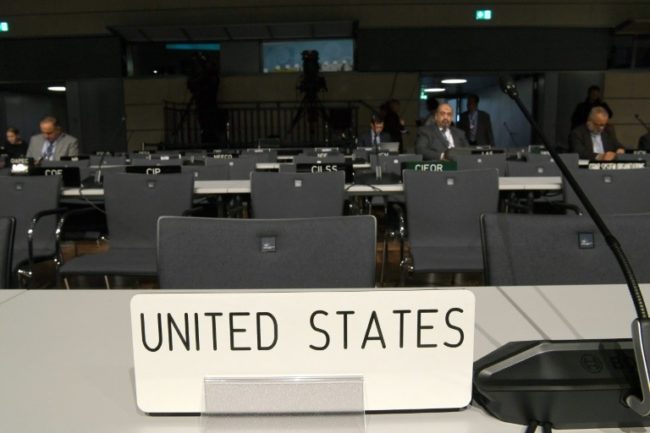 Not too long ago I was writing about the news that Nicaragua had signed up to the Paris Agreement. At that time that left only two nations outside – the US and Syria. That has now changed, Syria has signed up.

#COP23 BREAKING NEWS: #Syria has announced it will sign the Paris Agreement! This will leave US alone if they decide to pull out. pic.twitter.com/VGHqHfRjGN

Here is the official AFP report on this …

Syria told the UN climate talks in Bonn on Tuesday that it would join the Paris Agreement, leaving the United States as the only nation in the world opting to stay outside the landmark treaty.

“We are going to join the Paris Agreement,” the Syrian delegate, speaking in Arabic, said during a plenary session at the 196-nation talks, according to Safa Al Jayoussi of the IndyAct NGO, who was monitoring the session.

“It is our understanding that the government of Syria announced today their intent to join the Paris Agreement,” Nick Nuttall, the spokesman for the UN climate body, told AFP.

Nuttall identified the Syrian delegate as Wadah Katmawi, the deputy minister of the ministry of local administration and environment.

Syria must submit their “instruments of ratification” at the UN headquarters in New York before their adherence becomes official, he added.

According to the Syrian parliament website, a bill was passed on October 22 to ratify the Paris accord, “in accordance with the Syrian Constitution which stipulates the protection of the environment”.

Other parties at the 12-day negotiations, tasked with elaborating and implementing the agreement, welcomed the news.

“They were the last party to the UN Convention to sign the Paris Agreement,” he said, referring to 1992 UN Framework Convention on Climate Change (UNFCCC), the bedrock treaty for UN climate talks.

The official response to this news from the US was an administration official mocking Syria for taking this step. That is perhaps a typical example of Trump’s new diplomacy. There is however no way of avoiding the rather obvious – every single nation state on the entire planet is united with the exception of just one, and that one rather ironically has the word “United” as part of its name, but is anything but that on this issue.

Even the go-to state for us to all despise, North Korea, has signed the Paris Agreement. Palestine signed it, even Bhutan signed it.  Every other nation-state on the planet apart from one are now in. The US is out because Trump is a nut who thinks that Climate Change is a Chinese conspiracy.

There is another climate summit scheduled to be held in Paris next month in December. Over 100 countries have been invited. The vision is that it is all about “building coalitions” with finance and business to further the Paris Agreement.

One nation has been specifically not invited – the US. Actually to be a tad more specific about that, French officials have explained that Donald Trump has not been invited, I suspect they will have invited others who are part of the US Climate Alliance.

“This means Trump is in splendid isolation — no one wants to be in his company,”

– Alden Meyer, a veteran climate analyst at the Washington-based Union of Concerned Scientists.

“With Syria on board, now the entire world is resolutely committed to advancing climate action -– all save one country,”

I can also think of a few well-known anglo-saxon phrases that can be deployed to describe the direction that Trump is taking things in. Unfortunately, I’m not convinced that they are appropriate to write in a blog. Luckily, I’m not alone in that thought and clearly many US voters expressed a similar sentiment at the ballot box on Tuesday (7th Nov).