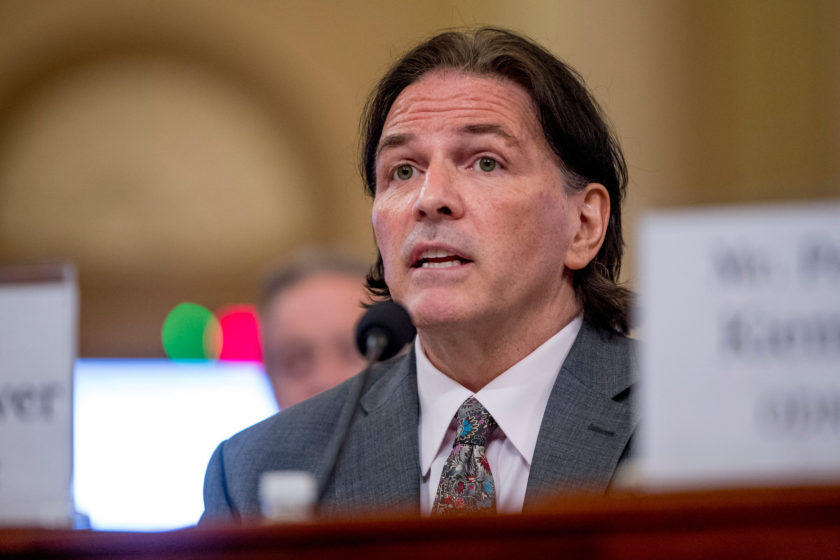 Sticking your fingers in your ears, yelling “la la la, I’m not listening”, and waiting for the problem to go away, is the latest policy strategy of the White House.

Basically this has happened …

Rod Schoonover, pictured at the top of this posting, works in the office of geography and global affairs. He had prepared testimony for a hearing on Wednesday and objections were raised. The objections all came from Officials working for the White House’s Office of Legislative Affairs, Office of Management and Budget and National Security Council.

The specifics are available, the New York Times managed to get their hands on the written testimony with the comments by White House official added to it. You can find that here …

Read the comments and what you find is a collection of the usual climate denialist arguments that have no scientific basis.

As reported by the New York Times …

“The testimony still has serious concerns with internal components and focuses heavily on the science,” Daniel Q. Greenwood, deputy assistant to the president in the White House office of legislative affairs, wrote in an email. “Because it doesn’t reflect the coordinated IC position, or the administration’s position, there is no way this can be cleared ahead of the hearing,” he wrote, using government shorthand for the intelligence community.

Let me play that back for you. A key objection is that it contains too much scientific evidence and does not align with what they believe to be true … WTF!

Are they really that stupid?

The comments are basically a tour of climate denialism and is all stuff that has no scientific basis.

What do we find?

here are a couple of jaw-dropping examples.

Rejection of the scientific Consensus

One comment that objects to the prevailing scientific consensus reads …

… and justifies that by pointing out that prior to the collapse of the Soviet Union, their peer-reviewed literature touted the advantages of the Soviet system.

Rejection of the temperature Readings

Another comment falsely claims that the global surface temperature readings presented within the written testimony have been fiddled with and that urban temperatures don’t show the same. This is an outright lie. The truth is easily verifiable.

What is wholly consistent and persistent is that Rod Schoonover can cite references for his evidence, and the rebuttals are simply statements within any evidential basis at all.

Players in the Game

One of the key players here is William Happer, a Trump appointee to the National Security Council, and also a well-known climate denialist. I was writing about his appointment last Feb. The guy is a complete and utter crank. This is the same chap who thinks that CO2 is jolly good stuff and that we need lots more of it. He also famously said …

Inevitably with him leading the change here, the result is exactly what you might anticipate. What we have is a Soviet style show trial designed to discard reality and instead promote pure political propaganda and “truth”.