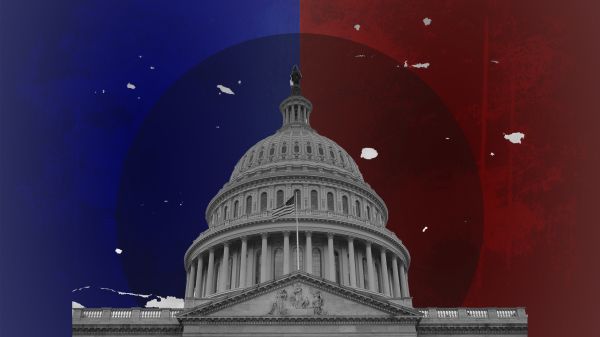 Rather like weather, a great deal of uncertainty prevails regarding what comes next. Well yes, I know I know, that applies to rather a lot of things such as #brexit, or the firing of Sessions, and much more. I am however thinking through the implications of the arrival of a democratic House. That outcome does lead to some rather positive things, so let’s briefly ponder over them.

Rather obviously (the hint is in the name), the House Committee on Science, Space and Technology is a committee of the United States House of Representatives. While under the control of Rep Lamar Smith, the climate denying anti-science extremist, it had degenerated into a farcical circus that had abandoned any semblance of integrity or honesty. As a brief reminder, here are a few highlights (along with Wikipedia refs) …

Smith publicly denies global warming.[56][57][58] Under his leadership, the House Science committee has held hearings that feature the views of climate change deniers,[59]subpoenaed the records and communications of scientists who published papers that Smith disapproved of,[56] and attempted to cut NASA’s earth sciences budget.[60] He has been criticized for conducting “witch hunts” against climate scientists.[55]

In his capacity as Chair of the House Committee on Science, Space and Technology, Smith issued more subpoenas in his first three years than the committee had for its entire 54-year history.[55]

In a June 2016 response letter to the Union of Concerned Scientists, Mr. Smith cited the work of the House Un-American Activities Committee in the 1950s as valid legal precedent for his investigation.[61][62]

On December 1, 2016 as Chair on the House Committee on Science, Space and Technology, he tweeted out on behalf of that committee a Breitbart article denying climate change.[63]

Rather obviously with the midterm results that now all changes next January.

Popular Science reports who may take over…

A science-loving lady could head the next House Science Committee

For the first time since 2010, a democrat will chair the House Committee on Science, Space, and Technology—a group most recently known for promoting blatantly incorrect “scientific” information.

… Eddie Bernice Johnson (D-TX) has already thrown her hat in the ring for the chairmanship. When elected to the committee in 2010, Johnson, who also hails from Texas, was the first African-American on the committee and the first woman to become a Ranking Member on the HSC. A former psychiatric nurse, Johnson would be the first House Science Committee chair with a STEM background since the 1990s, according to Sarah Kaplan from the Washington Post.

She has already issued a brief statement that makes her vision clear, and it is truly a breath of fresh air because it is a radical departure from the current farcical circus act …

I believe that at a minimum we need to pursue an agenda that will:

The House select committee on climate change is coming back 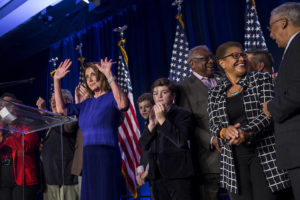 Back in 2010 when the anti-science (anti reality) Republicans grasped control of the House, they abolished the Select committee on climate change.

Nancy Pelosi has already promised that it is now coming back.

The goal will be to “prepare the way with evidence” for energy conservation and other climate change mitigation legislation (via The New York Times.)

The good guys win. Here are a couple of examples … 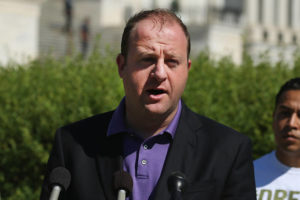 Jared Polis (D) in Colorado – is committed to 100 percent clean energy by 2040—which would be the most ambitious timetable of any state. His opponent, Walker Stapleton, opposed that. Common sense prevailed.

“For our climate, for our national security, for our health, and for our economic growth, we need a bold goal of 100 percent renewable energy,” 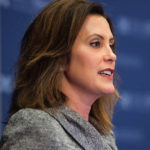 Gretchen Whitmer (D) in Michigan – yes, the state that gave us the Flint water crises, and so the voters were not exactly going to forget that. She has not only made the rather obvious (clean water) part of her policy, but also embraced a goal of 100 percent renewable energy.

Oil pipelines were another election issue in Michigan. Whitmer says that if elected (which has now happened), she would announce an immediate plan to shut down Enbridge’s 65-year-old Line 5, which carries Canadian oil beneath the environmentally sensitive Straits of Mackinac.

The above three are just a sample, there were more.

Inside Climate News reports this …

The Democratic victors in many races, however, won over voters with the argument that the best prescription for climate action would be to put the House back in the hands of Democrats. Debbie Mucarsel-Powell, the Democratic nonprofit fundraiser and development consultant who won Curbelo’s South Florida seat, argued that Republicans had done nothing to protect the state’s treasured coast and reefs. Up the coast in Virginia, Navy veteran and nuclear engineer Elaine Luria defeated another Climate Solutions Caucus member, Republican Rep. Scott Taylor, with an argument that he paid only lip service on environmental protection issues vital to the future of Virginia Beach and Norfolk.

… Many of the House’s climate science deniers were swept out of office, including Rep. John Culberson (R-Texas), Rep. Jason Lewis (R-Minn.), and Rep. Claire Tenney (R-N.Y.). In Iowa, a state where farmers have been buffeted both by weather and by Trump’s energy and trade policies, voters sent home Reps. Rod Blum and David Young, replacing them with two women with backgrounds as advocates of defending and expanding clean energy in Iowa. Iowa’s sole remaining climate-denying GOP congressman, Steve King, held on to his seat for a ninth term, although his opponent, J.D. Scholten, came within four points of victory in a district that Trump won by 27 points.

What about the EPA?

It abandoned both public health and environmental issues as goals and instead focused upon protecting the interests of industry.

The House Energy and Commerce Committee will now unleash its investigators. Rep. Frank Pallone (D-N.J.), is in line to take over as chair  Here is an insight into his thinking via a statement he made prior to the election …

“One of our main priorities would be strengthening the economy and creating more good-paying jobs by rebuilding America through investments in green energy and drinking water infrastructure, We would also focus on the need to address climate change by looking at its impacts on our communities and economy, and by holding the Trump Administration accountable for dangerous policies that only make it worse.“

It is not down to just them, but rather is very much the result of the electorate flexing their muscle and putting in place people who have the vision and now the authority to make a real difference.

The nation just elected a bunch of governors who campaigned on clean energy https://t.co/aloAWvuAka