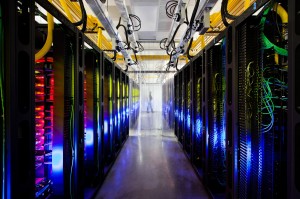 As I watch the rising tide of rage being directed against the authorities because of their use of electronic intercepts, I cannot help but wonder if there is some form of social alzheimer’s at work.

Glenn Greenwald, writes in the Guardian …

“Who is actually bringing ‘injury to America’: those who are secretly building a massive surveillance system or those who inform citizens that it’s being done?”

No Mr Greenwald, you are and so is Edward Snowden.

Least anybody has forgotten what has been going on, let me remind you ..

Since those dates there have been more attempts to commit similar acts by such lunatics and most of those attempts have been foiled. Why is that? How exactly do you think that the authorities got the leads needed to intercept and stop those attempts?

So why the uproar regarding the wire tapping of data and voice traffic? Do I really need to spell out the bloody obvious, it is all about mining big data for leads to prevent yet another attack. What is going on is being done, not to attack your civil liberties, but to protect us all. The choice is simple, either we permit this to happen, or we tie the hands of those whose only goal is our protection.

Is any of this really a surprise, if in fact the authorities had not been mining big data for leads and something big then slipped through the net, would we not then have roasted them for not doing their job?

The Internet has been a disruptive technology that has changed everything, our expectations regarding the manner in which many things happen has been greatly modified, it is an ongoing revolution. Those who prefer things to be the way they used to be are in denial, we all carry phones with GPS in them and as a result privacy is in decline around the world. The age of big data has dawned, we wanted this and still do; we want our cell phones and the internet – by falling in love with it all, we have given birth to vast silos of data.

This data is there and will only continue to grow, so should we seriously expect law enforcement in the legitimate pursuit of criminal activity to pretend that such data does not exist? The real question is actually this:

Is government accessing the data for the legitimate public safety needs of society, or are they accessing it in ways that abuse individual liberties and violate personal privacy — and in a manner that is unsupervised.

There is no evidence of any abuse here, not one jot. If you read through all the Guardian, Washington Post, and New York Times articles, you will discover that they do not cite one single instance of data being used for reasons other than the interception of terrorist communication. There is also no evidence that people actually had their communications monitored without sufficient probable cause and that there was no judicial review and approval of the monitoring that did take place, if there had been then we would indeed have a real scandal because that would have been stepping over the line.

You should understand that none of what goes on is unregulated, in the US there exists The Foreign Intelligence Surveillance Act of 1978 (yes 1978, but amended and extended after 9/11), it prescribes the procedures that must be adhered to for physical and electronic surveillance to take place. Is it perfect? no. Is it problematic that the FISA court’s rulings are not public? Perhaps, but the claim that big bad government has gone rogue and is monitoring us all in a completely unregulated manner is clearly not factual; FISA is run by a panel of publicly appointed federal judges, not the NSA or FBI.

Let’s also be clear about something else, this is not about listening in on every single fracking phone call (exactly how many people do you think work for the FBI), but is instead about having a data silo that can be mined as needed to rapidly identify suspicious patterns. Suspect X in the middle east, a known terrorist, has been in contact with people in the US. If we get his number, we can then mine big data for patterns and find out who he has been calling and when. We can then mine big data for those contacts and so establish a patten and picture of the network of contacts. That in turn then leads to their calls being listened in on, only with appropriate FISA approval being granted, and so we find the needle in the haystack before something happens.

Still unsure about all this? OK, let me leave you with one last thought – You can be damn sure that there exists a desire among some of the Islamic fanatics for the deployment of a nuclear device, so we need every ounce of luck available to prevent that from happening. These religious fanatics only have to get lucky once, we have to be lucky each and every time to be able to stop them, and to be that lucky, well we need to go mine big data.

Data mining might be scary for society to come to terms with, but not doing so is even more frightening.

For us, now — years into this war-footing and this legal dynamic — to loudly proclaim our indignation at the maintenance of an essential and comprehensive investigative database while at the same time insisting on a proactive response to the inevitable attempts at terrorism is as childish as it is obtuse. We want cake, we want to eat it, and we want to stay skinny and never puke up a thing. Of course we do. – David Simon