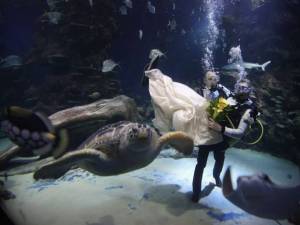 The news is out, Number 10 has made a decision that Humanists don’t matter and are just a fringe group so there is no need to pander to them in order to win votes.

The British Humanist Association sums it all up here …

The British Humanist Association (BHA) has responded with shock and disappointment at reports today that Number 10 is blocking the legal recognition of humanist marriages because Lynton Crosby, David Cameron’s election guru, sees reform as a ‘fringe’ issue.

Giving legal recognition to humanist marriages had strong cross party support in both the House Commons and House of Lords having been discussed during the course of the Marriage Act passed last year. Since then, MPs and peers from all parties have continued for the past year to call for legal recognition. The public, in response to a recent government consultation, hugely supported legal recognition, and campaigners have pointed out that the huge growth in marriages in Scotland demonstrates very significant demand. However, The Sunday Times today reports a Government source as saying that, although Liberal Democrats remain in favour, the Prime Minister’s office has blocked the legal recognition that humanists were expecting at the end of this year.

In addition to the rather obvious venues such as the currently popular beliefs of Catholicism and the C of E that offer the full lifecycle of ceremonies for hatching, matching and dispatching, new flavours have been empowered by the current government. This includes Scientologists,  Spiritualists, and even the Aetherius Society (which believes in aliens and that the Earth is a goddess), along with dozens of other religions, so as long as you are prepared to believe some absurd bullshit, then you will be just fine, but the moment you decide to become a rational sane human being, nope, no tying the knot unless you make the trek to an official registry office.

This is to be quite frank completely absurd, and so clearly the message being sent is that Scientology and the Aetherius Society are not fringe beliefs, but simply not being religious is.

The argument has been won, time after time in debates within both the commons and also the Lords, and so the only reason for this being rejected is the belief that permitting the non-religious to get married, which is perhaps over half the UKs population, is a “fringe” issue.

When the next election comes, I think we need to demonstrate via the ballot box that it is not a “fringe” issue and that they have just managed to successfully alienate a vast swath of the population.

The facts are Clear

In Scotland Humanist marriages are permitted (at least the folks north of the border have a bit of common sense), and there you find that there has been an increase in the number of people getting married, against a general decline in the UK as a whole.

The Tories have in the past declared themselves to be the party of the family, except this now appears to demonstrate that that the scope of this only applies to the religious, as explained in the Independent …

The BHA has waged a long campaign for humanist marriages to be made legal. A hard-won amendment during the passage of the Marriage (Same Sex Couples) Act 2013 compelled the Government to hold a consultation on the issue and awarded them order-making powers to introduce it.

Despite assurances from ministers last year that a decision would be swiftly taken following a public consultation, the Government has been accused of dragging its heels and halting the wedding plans of hundreds of couples.

This is in spite of the Government having introduced what is known as the Families Test earlier this year, a pledge to ensure that all new policies support strong and stable families. Campaigners say few policies meet this test as well as humanist marriage.

Who the heck is Lynton Crosby?

Why is a non British citizen being permitted to dictate UK government policy?

Because the Tories want to win the election next year, they have engaged Lynton Crosby, the master of the art of political manipulation. If you engage, then you find that he runs a tight ship with a focus on simple messages, and also a strategy that involves the introduction of a divisive or controversial social issue into a campaign, aligning its own stance with the dissenting faction of its opponent party, with the goal of causing vitriolic debate inside the opposing party, and defection of its supporters – basically divide and conquer.

So when the time comes to vote, it will be the hour to remember that these are the folks who promised, who were legally empowered to act, and even after the debate was won, made the rather crass decision to not deliver, all because they where advised that it would distract from getting votes.

Oh and as one final thought, if you look at the picture above showing the couple tying the knot underwater, I can formally advise that the turtles are fully optional.