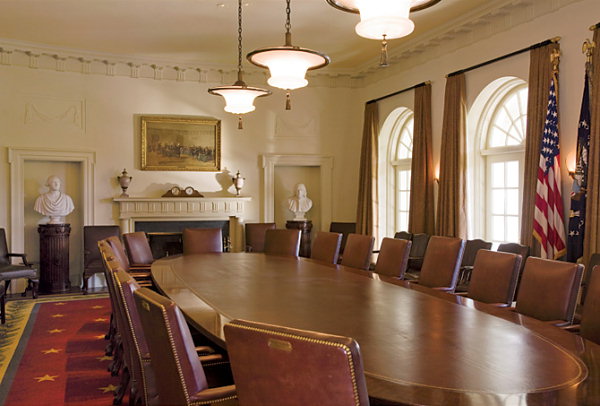 An “interesting” assortment of quite unique individuals have been selected by Mr Trump to fill the various posts within his cabinet. OK yes, I’m abusing the word “interesting” within that last sentence.  Alas, what I’m about to reveal is public knowledge and also quite frankly very disturbing.

So who has been selected and what is the publicly stated position on climate science, gay rights, and religion?

Why pick those specific topics?

Basically because the stance they take on those will reveal a great deal about their personal integrity, their ability to use evidence to reach valid conclusions, and also the degree of tolerance they have towards others who are different than they are.

My source will be, where possible, their Wikipedia pages, and so will consist of their publicly verifiable statements.

After his election, [As Attorney General of OK] Pruitt established a “Federalism Unit” in the Attorney General’s office dedicated to fighting President Barack Obama‘s regulatory agenda, suing the administration over its immigration policy, the Patient Protection and Affordable Care Act, and the Dodd-Frank Wall Street Reform and Consumer Protection Act.[5]

…Pruitt’s office has sued the EPA to block its Clean Power Plan and Waters of the United States rule.[5] Pruitt has also sued the EPA on behalf of Oklahoma utilities unwilling to take on the burdens of additional regulation of their coal-fired plants, and criticized the agency in a congressional hearing.[6][7] All of Pruitt’s anti-EPA suits to date have failed.[8] [and now he gets to run the EPA]

… Pruitt has been successful in raising campaign contributions from the energy industry, helping him to become chairman of the Republican Attorneys General Association.[25]

…Pruitt expressed his dissatisfaction when a federal court ruled that Oklahoma’s voter-approved amendment in 2004 to the Oklahoma State Constitution that defined marriage as only the union of one man and one woman was a violation of the U.S. Constitution in 2014.[15] In October 2014, Pruitt criticized the Supreme Court’s refusal to hear Oklahoma’s appeal in the definition of marriage case.[16]

…In April 2015, news reports indicated Pruitt believed distribution of religious material [for just his variation of belief] to public school students was constitutional.[28]

…In May 2016, Attorneys General Pruitt and Luther Strange authored an op-ed in the National Review criticizing other state attorneys general for “acting like George III” regarding the ExxonMobil climate change controversy, writing “global warming has inspired one of the major policy debates of our time. That debate is far from settled. Scientists continue to disagree about the degree and extent of global warming and its connection to the actions of mankind.”[30]

In the context of that last observation, I feel compelled to point out that the climate change debate ended decades ago and that there is an overwhelming prevailing consensus that humans are causing it. This Op Ed was a gross distortion of reality.

Department of the Interior – Ryan Zinke

Six years ago he started out really well with this …

In 2010, Zinke signed a letter calling global warming “a threat multiplier for instability in the most volatile regions of the world” and stating that “the clean energy and climate challenge is America’s new space race.” The letter spoke of “catastrophic” costs and “unprecedented economic consequences” that would result from failing to act on climate change and asked President Obama and Nancy Pelosi (then-Speaker of the House) to champion sweeping clean-energy and climate legislation.[14]

But he then proceeded to drift to the right …

During the Republican primary, Zinke attracted attention for referring to Hillary Rodham Clinton as “the real enemy” and the “anti-Christ.”[13][18] [I get that he did not like her or her politics, but the Anti-Christ! .. FFS she is a Methodist, not a non-believer]

In Congress, Zinke has supported the deployment of U.S. ground troops to combat ISIL, “abandoning” ObamaCare, and cutting regulations.[13]

Zinke “frequently votes against environmentalists on issues ranging from coal extraction to oil and gas drilling” and received a 3 percent rating from the League of Conservation Voters.[21]

If you are a political junkie, then this guy will be familiar territory. It was Perry’s appointment that motivated (quite rightly) Gov. Jerry Brown of CA to ratchet up his rhetoric this past week.

Perry has called himself “a firm believer in intelligent design as a matter of faith and intellect”, and has expressed support for its teaching alongside evolution in Texas schools, but has also said that “educators and local school officials, not the governor, should determine science curriculum”.[94][Sigh! … no “Magic” is not a valid intellectual conclusion. Teaching that it as scientific fact is quite frankly nuts]

After the U.S. Supreme Court ruled in Obergefell v. Hodges in 2015 that the fundamental right to marry is guaranteed to same-sex couples by the Constitution, Perry condemned the decision, saying: “I’m a firm believer in traditional marriage, and I also believe the 10th Amendment leaves it to each state to decide this issue.”[105]

Does he mean the traditional biblical marriage, of one man, his many wives, and lots of concubines perhaps?

Interestingly enough, his wikipedia page has been utterly purged of his well-known climate denial stance. You can find a full listing of his anti-science stance and the appropriate rebuttals for each here.

In 2010, Tillerson said that while he acknowledged that humans were affecting the climate through greenhouse gas emissions to some degree, it was not yet clear ” to what extent and therefore what can you do about it.”[37][38]

Tillerson also stated, “The world is going to have to continue using fossil fuels, whether they like it or not.”[39]

It is of course also worth noting that he does run Exxon. They are currently under investigation for misleading on topics such as climate change, and also want to open up the Arctic for drilling.

Carson rejects the scientific consensus that human activity causes climate change; in November 2014, he said: “there’s always going to be either cooling or warming going on”, and he found the debate on climate change “irrelevant” and a distraction from protecting the environment.[172]

…In 2015, Carson expressed his disbelief about the scientific consensus on climate change, at a Commonwealth Club forum in San Francisco.[173] After this statement, Governor Jerry Brown of California sent Carson a flash drive containing the Intergovernmental Panel on Climate Change‘s Synthesis Report, which details the scientific evidence of human impact on climate change.[173][174] Carson’s response to the San Francisco Chronicle was: “There is no overwhelming science that the things that are going on are man-caused and not naturally caused.”[173][174]

…Carson endorsed Seventh-day Adventist theology, which includes belief in a literal reading of the first chapters of Genesis.[155] In a 2013 interview with Adventist News Network, Carson said “You know, I’m proud of the fact that I believe what God has said, and I’ve said many times that I’ll defend it before anyone. If they want to criticize the fact that I believe in a literal, six-day creation, let’s have at it because I will poke all kinds of holes in what they believe.”[156]

…In 2014, Carson rejected the validity of carbon dating, as it “really doesn’t mean anything to a God who has the ability to create anything at any point in time”. Carson further argued against evolution, stating his disbelief in the possibility of the “complexity of the human brain” arising “from a slime pit full of promiscuous biochemicals”.[203]

…In October 2015, Carson stated that he does accept the idea of natural selection, but there is only evidence for microevolution (changes in allele frequencies that occur over time within a species), which he believes was the result of “a wise creator who gave his creatures the ability to adapt to their environment so that he wouldn’t have to start over every 50 years”, whereas “there’s never been one species that’s turned into another species, that can be proved.”[204]

Pompeo has referred to President Obama‘s environment and climate change plans as “damaging” and “radical”.[29] He opposes the regulation of greenhouse gas emissions, and supports eliminating the Environmental Protection Agency‘s greenhouse gas registry program.[30] He has said that Obama’s Clean Power Plan does not provide “any measurable environmental benefit.”[29]

He signed the Americans for Prosperity‘s No Climate Tax pledge.[31] He has called for the elimination of wind power production tax credits, calling them an “enormous government handout”.[32]

Sessions is skeptical of the scientific consensus on climate change.[94] He has voted in favor of legislation that would bar the Environmental Protection Agency from regulating greenhouse gases.[95] He has voted to open the Arctic National Wildlife Refuge to oil drilling. The League of Conservation Voters, a pro-environment advocacy group, gave him a lifetime score of 7%.[96]

All references to climate change have been purged from his wikipedia page.

He is however a noted and very vocal climate change denier …

He has consistently voted against incentivizing renewable energy sources with tax credits and in favor of increased oil exploration. He signed a pledge created by Americans for Prosperity, a conservative thinktank funded by the Koch brothers, to oppose climate legislation.

It is not an in-depth analysis of everybody, but a clear trend and political stance is rather obvious amongst some of the leading personalities who are filling the most prominent and influential positions.

It is about here that we should all perhaps deploy some wholly appropriate well-known anglo-saxon phrases. What strikes me is that nothing I can write would even begin to truly encompass the degree of face-palming required, except perhaps to point out the rather obvious – when it comes to #climate, we are basically fucked.