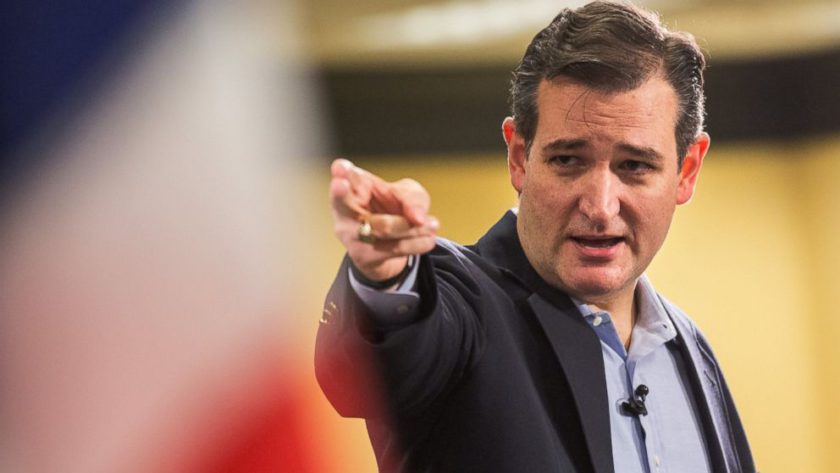 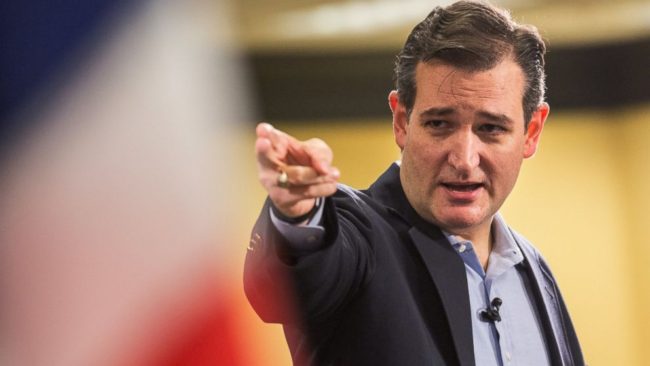 Currently the leading Republican candidate is Trump, but the race for nomination is not over yet, he has a rival – Ted Cruz. Now knowing what you know about Trump, specifically the racism, intolerance, misogyney, and outright utter lunacy that he spouts, then you might indeed be tempted to think that many Republicans would be tempted to hold their noses and nominate Mr Cruz, but he is not exactly a popular individual, and I’m not of course referring to what anybody within the Democratic camp might have to say, but rather what people within his own party have to say.

The BBC sums it all up … 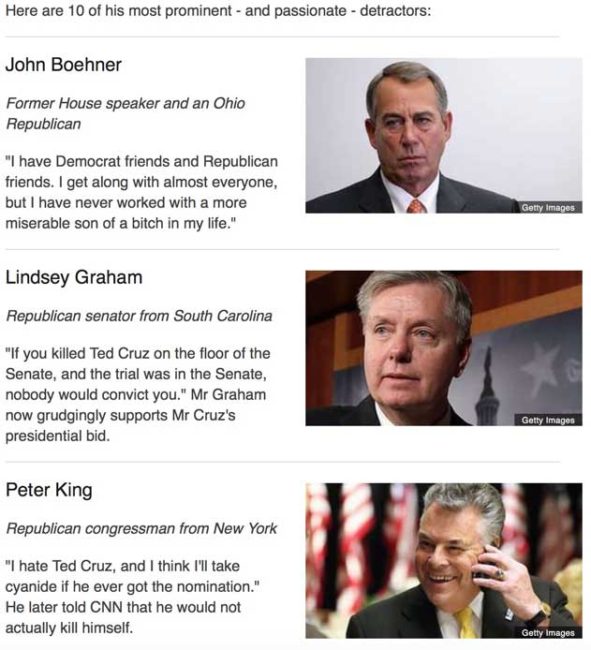 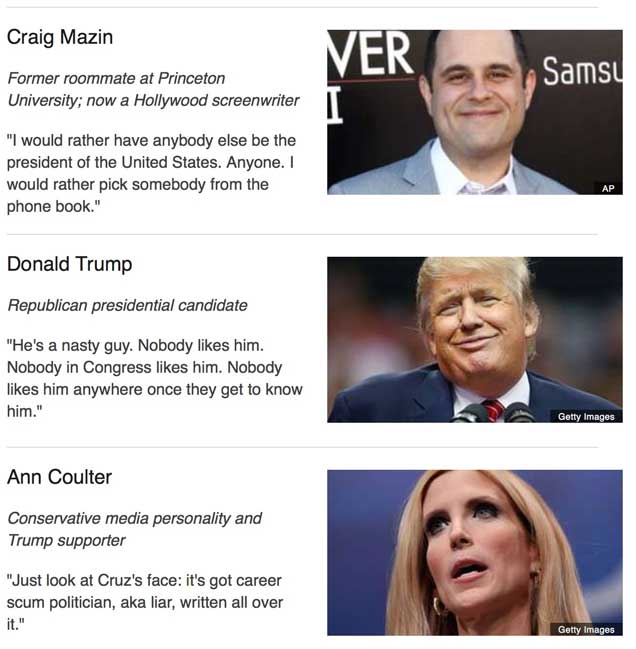 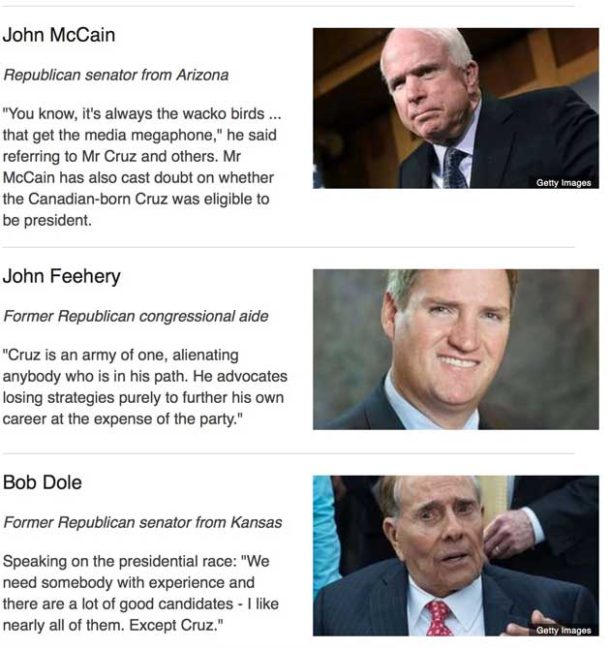 If indeed his “friends”, those who know him well and are supposed to be on the same team, think of him in these terms, then why exactly would anybody in their right mind seriously consider voting for him.

The reality is that right now the very best candidates that the Republicans have to offer is Trump and Cruz, and they are both such unpalatable shady individuals that it perhaps safe to assume that the next resident within the White House will not be either of these “gentlemen”.

When asked about Cruz at Stanford University in California last Wednesday, Boehner referred to him as “Lucifer in the flesh,”, so that then lays out a clear road if you wish to vote Republication, you have basically two options, one is the Anti-Christ and the other is Lucifer. If pondering over which, then may I wish you good luck in working out your choice.

PolitiFact has been measuring the various statements made by those in the race to the White House, and what they reveal regarding the integrity and honesty of both Trump and also Cruz is incredibly damming, only 2% of the stuff that Trump comes out with is actually true, and Cruz is not much better with only 7%. Now this is not simply a judgement of these individuals, but is also a judgement of those that happily support them, because what it tells us is that those that do grant them their support quite clearly do not give a damn about what is actually true at all.

You might of course be wondering who is the most honest right across the entire field?

It turns out that despite the Republican claims, the fact checkers confirm that overall the most honest of the lot is Hillary Clinton.

It is very early days still and surprises can of course occur, but it would appear that the next resident at 1600 Pennsylvania Ave will most probably be Hillary, and not just by a narrow margin, but by a landslide that is triggered by Republican candidates that are so abhorrent that many staunch Republican voters many seriously hold their noses and vote for Hillary.