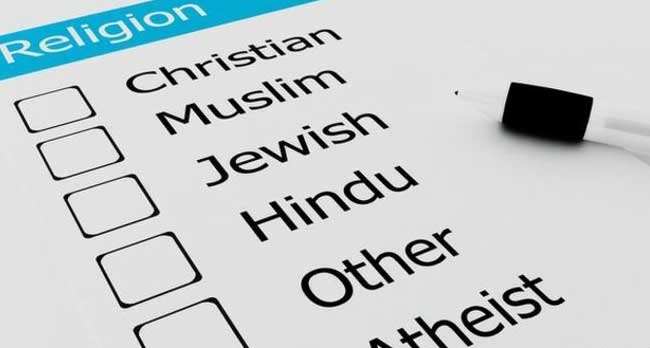 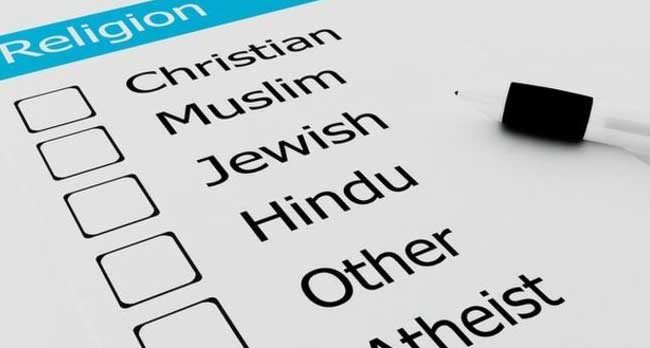 Often a survey or poll will ask you to tick an option such as those illustrated above. Many will dutifully respond and tick the option that best describes their cultural heritage. This however says nothing at all about what people actually believe, but instead perhaps reflects their ethnic or cultural heritage. If you want to truly understand belief then you can’t rely upon this data.

Pew, the well-know polling organisation, recognise this and so they have created a new classification that ignores ethnicity, age, education, politics, or even traditional religious tags. You might be Hindu, or Evangelical, and yet be placed in the same group.

What are the the classifications?

They have seven groups that are illustrated below. The names are an attempt to use a few words to describe the actual behaviour of those within it. As you can see, it is quite a different way of looking at it all … 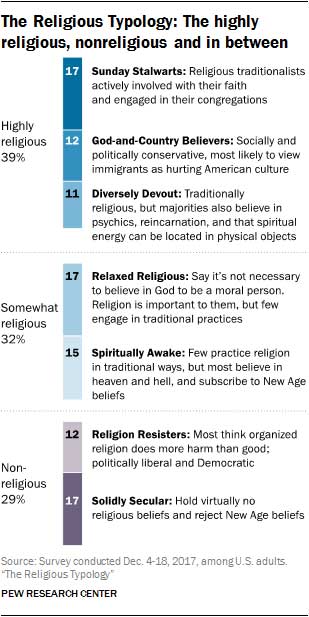 The new typology sorts Americans into seven groups based on the religious and spiritual beliefs they share, how actively they practice their faith, the value they place on their religion, and the other sources of meaning and fulfillment in their lives.

The idea is not to replace the more conventional affiliations, but instead to create a new window into the way things are so that we can see what is actually going on with far greater clarity and understanding.

If you want to know where they would categorise you, then they have a quiz with just 16 questions you can take to find out. If you are reading this blog, then I can probably already guess.

How did they gather the details?

The full survey questions they they deployed can be found here.

The Full survey report can be found here. (Warning, it runs to 98 pages).

They conducted the survey in Dec 2017 and had 4,729 participants, and yes, they only just published the results.

If you are reading this posting, then you probably fall into this group. So what do we learn about them?

The Solidly Secular are the least religious of the seven groups. These relatively affluent, highly educated U.S. adults – mostly white and male – tend to describe themselves as neither religious nor spiritual and to reject all New Age beliefs as well as belief in the God of the Bible. In fact, many do not believe in a higher power at all.

The next group up, the Religion Resisters, are distinctly different. Hey, that’s a very descriptive name, I like it. They …

largely do believe in some higher power or spiritual force (but not the God of the Bible), and many have some New Age beliefs and consider themselves spiritual but not religious. At the same time, members of this group express strongly negative views of organized religion, saying that churches have too much influence in politics and that, overall, religion does more harm than good. Both of these nonreligious typology groups are generally liberal and Democratic in their political views.

Both of the above categories combined represent about 29% of the US population. The Solidly Secular alone represents 17%.

Some things are not a surprise

Given the way in which the religious right dominates the GOP, this is really not a surprise …

Politically, this group is heavily Democratic and liberal on several issues; for example, fully seven-in-ten say the country has not gone far enough to give women equal rights with men. It contains the largest share of those who disapprove of the way President Donald Trump is handing his job as president (84%). And even though they find fault with the current president, about three-quarters say they want the government to do more to solve the country’s problems.

The Solidly Secular are also …

somewhat younger and more highly educated than most other groups;

There however are a few surprises

When it comes to the Solidly Secular …

I speculate that this perhaps reflects the need some have to remain in stealth mode. Clearly those around them would be truly shocked to discover that some of their evangelical friends don’t really believe.

Are there any other surprises?

The most deeply religious also hold some non-traditional beliefs …

New Age beliefs are common, even among Americans who are highly religious in traditional ways. For example, about three-in-ten Sunday Stalwarts believe in psychics, and a similar share say that spiritual energy can be located in physical objects such as mountains, trees and crystals. Smaller shares believe in reincarnation and astrology. Overall, half of Sunday Stalwarts and God-and-Country Believers and nearly all of the Diversely Devout affirm at least one of these four New Age beliefs

I guess if you believe in pie-in-the-sky when you die then the leap to a belief in magic pink unicorns is not so huge. 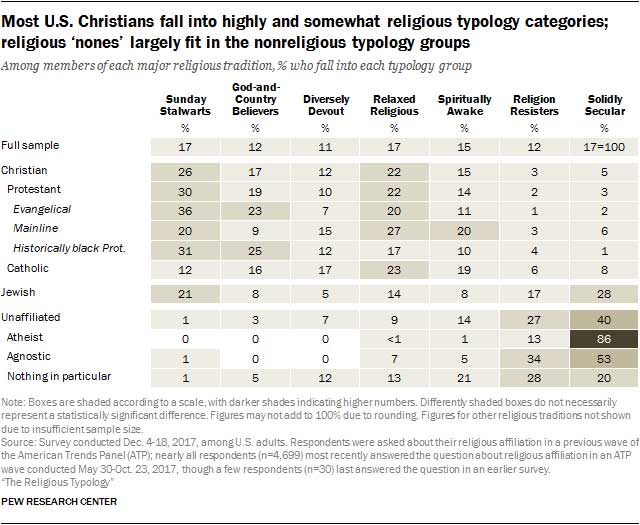 Now here comes the surprise: In the above we can see that only 36% of evangelicals fall into the Sunday Stalwarts category. These are the folks who actually attend church on a regular basis. To put that another way, 64% of them are not actually deeply active on a regular basis in any church.

It’s interesting that when we think of the word “evangelical”, we tend to lump them all into one group, yet clearly that is not what is going on at all.

The Sunday Stalwarts are the group that not only actively practises their faith, but they also are deeply involved in their religious congregations. Beyond that group relatively few Americans – even those who otherwise hold strong religious beliefs – frequently attend religious services or read scripture. Now here comes a big surprise – the Sunday Stalwarts only represent 17% of the population. In other words, the vast majority of the US population don’t attend church frequently and don’t read their scriptures.

The US is perceived to be deeply religious. While the majority might indeed claim a belief, the vast majority of them don’t practise it.

Is this a useful way of looking at things?

Yes, I believe it is, it gives us a better view, one that is more behaviour orientated and less focused on what people claim or what micro-cultural grouping that they say they belong to.