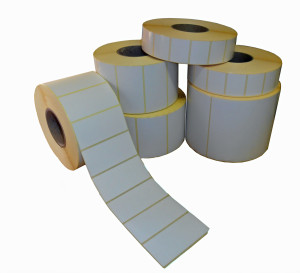 I’ve come across a posting that Aaminah Khan put up last year in which she explains that she is gay, a feminist, and also a Muslim.

There are three aspects of my identity that really can’t be untangled from each other:

I am a queer woman.

I am a feminist.

And I believe that there is no god but Allah, and that Muhammad is Allah’s messenger.

Yeah, it’s the third one that usually gets the record-scratch reaction.

… er yes, the immediate go-to thought is to wonder how that all works …

So I looked. I read the Qur’an in Arabic, then in English again – more critically, this time, my mind free of the expectation that I would find things that would confirm what I’d been told as a child. I read about Islamic history and the development and stagnation of Sharia law. And while I did all of that, I looked inward. I prayed. I meditated on who I was and what I wanted and where I was going and where my path might lead. I did as Allah instructed me: I questioned everything. I did as my Prophet instructed me: I sought knowledge. I sought it everywhere – in the Qur’an, in religious commentaries, in the Hadithes, in the sacred texts of other faiths, in discussions with friends who thought the concept of a creator was as ludicrous as the idea that the world was flat. I drank all of it in, filtered it through the lens of my own reality, searched for the things that I felt were meant just for me.

It was a long process. I haven’t finished yet. I don’t know if I’ll ever finish.

This is the nature of the reality in the world.

We often tend to categorise humans into specific boxes and assume that those that adhere to a specific belief are all exactly the same, yet what this specific example illustrates is that nobody is exactly the same when it comes to religious belie. Humans tend not to buy into the entire set of thoughts that a specific thread of belief has to offer and so what we do is to instead pick the nice warm fuzzy bits and discard the bits we are not happy about.

Let me give you two more small examples of exactly this.

Officially Catholicism dictates that any form of contraception is wrong, and has been sticking with that line for a very long time. Yet in reality most who are Catholic embrace a bit of social responsibility, quite happily ignore that, and so do not breed like rabbits. Does that imply that all who do that, the vast majority, are not True Catholics? Oh but wait, who gets to define what “True” means in the context of a belief that is not evidence-based. While it is correct that the Clerics might indeed dictate that those are the rules of their club, they don’t hold a monopoly over the word “Catholic”, and don’t get to police what it means. In reality that can’t, and so if people decide being Catholic and also using contraception is OK, then that is the way it is.

Now for a third example, a personal one this time. I recall being out on a hike with other Christians at age 16 back in the days of being a converted Christian. As we walked, I was babbling away about how Genesis was a fabulous metaphor because the six days in Genesis painted a poetical picture of the gradual evolution of life on earth (yes, I was indeed that crazy). To my great astonishment, the chap I was talking to asked, “But why not six literal days?” – yep, this was my first encounter with creationism. I remember that I politely nodded and did not challenge him, he was older than I was and supposedly knew more, but I was also thinking inside “This guy is nuts”. I never did embrace the absurd Creationist idea as “truth”, and always remained convinced that the scientific explanation was best, and yet that was never a problem for me and I quite happily remained part of the belief for a time without this ever becoming an issue. Perhaps because in part it was not a mainstream idea within that specific group and so did not come up very often.

So my point is that we often try to put people into specific boxes by applying labels, and yet even when they happily accept and embrace such labels, it is never that simplistic.

Beliefs do try to dictate a specific narrow definition for specific things, for example human sexuality, and yet no matter how hard you try, you are who you are, and can’t rewrite what is going on inside your head, so we end of with these hidden juxtapositions bubbling away beneath the surface of an apparently homogeneous group. Complex contradictory humans will in reality be accepting the bits they feel comfortable with, and quietly rejecting the other bits.

Things are often far more complex than you could ever possibly imagine and so you can never generalise. The implication is that people should be encouraged to apply critical thinking to specific individual ideas, and not to generic labels as an ever so vague whole, because it is at the level of distinct ideas that there is traction to be had.

… and not appreciate that such questions are way too vague because words such as “Islam” or “Christian” have no defined meaning, and so they are very much open to individuals deciding what that means on a personal basis. Instead we need to ask ourselves specific questions such as …

Bottom Line: Don’t get hung up on the labels that people use to describe themselves, instead nurture critical thinking, and also be a friend no matter what labels they opt to embrace.