Fifth-grader Sophia Isom, Lukes’ daughter, was met by a district nutrition manager who was monitoring accounts.

“So she took my lunch away and said, ‘Go get a milk,’ ” Sophia said. “I came back and asked, ‘What’s going on?’ Then she handed me an orange. She said, ‘You don’t have any money in your account so you can’t get lunch.’ ”

She said the food was being thrown out. Sophia said the same thing happened to many students, and it was the talk of the lunch period.

“There were lots of tears, and it was pretty upsetting for them,” said Lukes.

The district said it started notifying parents about negative account balances Monday. But Sophia’s mother says she was not notified, and neither were other parents. 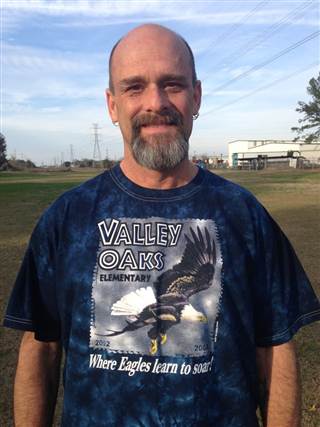 Well, the latest news is that over at another school, Houston’s Valley Oaks Elementary School, we were about to have a repeat of this … until a school mentor and tutor stepped in and took action. Upon hearing the story about the school in Utah, he took action …

“I’m like, ‘Wow. I know that’s probably a situation at my school, and the school my son goes to, and the other schools I mentor at.’ So I came in and inquired about it,” Thompson said.

He soon discovered that he was right, many of the kids were indeed already on reduced lunch because their parents couldn’t afford the meals that cost just 40 cents a day. His response – he took $465 of his own money and zeroed out the delinquent accounts of more than 60 kids.

Another News report here has some more details …

His wife, a teacher at Valley Oaks, encouraged him to follow through on the idea, but warned him that he wouldn’t be able to buy the new pair of Doc Martens he’d wanted. That was quite all right with Thompson.

“My work boots are still good,” he said with a chuckle.

… Students and school administrators at Valley Oaks have openly expressed gratitude for Thompson’s efforts, he said. One of his mentees broke down and cried when he heard the news, sharing how he used to avoid the lunch line and claim he wasn’t hungry to avoid any questions.

Other adults have been inspired by Thompson’s kindness too. He’s already heard of one woman who went into the school district office, expressing her desire to pay off accounts just like “the man on TV.” He hopes that others will do the same.

Here is the News Report about it all.