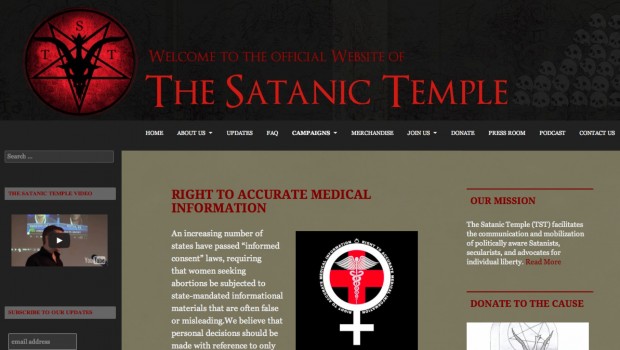 As I’m sure you are aware, right wing evangelical billionaire David Green, the owner of Hobby Lobby, initiated a “religious freedom” lawsuit against Sylvia Burwell, the U.S. Secretary of Health and Human Services. The final result was that this Burwell v. Hobby Lobby became a landmark legal case, Burwell v. Hobby Lobby last year was finally decided by the United States Supreme Court making a decision to permit closely held for-profit corporations to be exempt from a law its owners religiously object to.

The decision was of course supposed to be limited to the contraceptive mandate, but the ruling is seen to have consequences far beyond that initial scope, because for the first time ever, commercial enterprises could successfully claim religious exemptions from laws that govern everyone else.

There are of course laws in place to protect individuals from much of this religious lunacy, but here now served up by SCOTUS on a golden plate is the ability to permit an irrational belief to trump it all. In other words this decision has… “swept aside accepted principles of corporate law and religious liberty to grant owners of closely held, for-profit companies an unprecedented right to impose their religious views on employees“.

Now this is where it all gets hilarious

The assumption behind such thinking is that it would be specifically for some variation of Christianity, but no, not at all, it actually applies to any religious belief, and that of course includes Satanism.

So this latest twist to all this is that …

new litigation may be forth coming from an organization of satanists or satan worshipers known as the “Satanic Temple”. They are planning on using the recent Supreme Court ruling in Burwell v. Hobby Lobby to argue for their own sense of “religious freedom”, making the case that their members who seek abortions in states that have state-mandated informed consent laws that require women considering abortions to read pro-life material, should be exempt from doing that based on religious grounds.

The “pro-life” literature that is required reading by those seeking abortions in the 35 states that currently have “informed consent laws”, try and link abortions to different forms of breast and ovarian cancers and suggest that it also leads to something called “post abortion syndrome”, a supposed mental condition that has not been medically recognized by legitimate members of the medical community. And according to Satanic Temple followers, their beliefs are solely “based on scientific medical facts regardless of the religious or political beliefs of others”. And because some of the findings in state required “pro-life” literature is not based in scientific fact, that their members should be exempt based on “religious freedom.”

Is this for real?

Yes, but it is not quite what you think it is, so let’s clear up a few things. The Satanic Temple is not a collection of people who actually believe that Satan is real and promote the idea as factual, but rather are a group of secular humanists who utilise the Satanic Temple as a form of protest against the attempts made by right-wing religious fundamentalists to impose religious beliefs on everybody. The essence of it is this – “Oh, you want religion to be permitted to trump everything else, OK then, how about this religion?”

Hobby Lobby has indeed opened a legal Pandora’s Box, and so now they shall reap what they sowed.