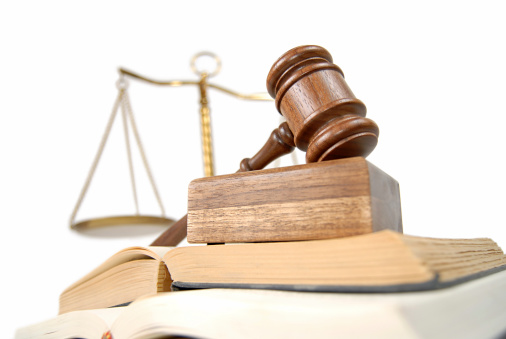 Both the Skeptics Guide to the Universe podcast, Science-Based Medicine, and many many others, are quite openly critical of the various absurd claims that are promoted by charlatans as supposed miracle cures. One specific example of this is the criticism of the promotion of perispinal etanercept (Enbrel) for a long and apparently growing list of conditions that it simply does not do anything for by Dr. Edward Tobinick.

The claims of Tobinick, however, are not in the gray area—they are leaps and bounds ahead of the evidence. Further, the conditions he claims to treat are not clearly immune-mediated diseases. It’s one thing to use an immune-suppressing drug to treat a disease that is known to be caused by immune activity, and probably the kind of immune activity suppressed by the drug.

Tobinick, however, is claiming that a wide range of neurological conditions not known to be immune mediated are treated by a specific immunosuppressant.

On his website he cites many studies, but none of them establish the effectiveness of Enbrel for any of the conditions he is treating.

If you strip away the gratuitous narrative in the LA Times story and just look at the facts presented, a very different narrative emerges. Ken Chiate brought his wife to Tobinick’s clinic for 165 injections of Enbrel over four years, at a cost of $800 each (that’s $132,000). During that time there were questionable subjective effects from the treatment, typical of placebo-only effects. Meanwhile his wife continued to relentlessly progress, as is typical of the disease, until she finally died in 2011.

According to the article, the treatments gave Chiate a sense of purpose and of hope — a false hope, it turned out. He still clings to the idea that Enbrel may be an effective treatment for Alzheimer’s disease — even though Tobinick himself has apparently moved on to treating stroke.

In my opinion, the story documents exploitation of a well-meaning and desperate husband at the hands of a dubious practitioner, practicing at the fringes of medical ethics and evidence, making bold claims without adequate justification. The story also documents the utter failure of the regulatory system to prevent (or even properly react to) such exploitation. Florida in particular appears to be a haven for such activity.

As you might imagine, Tobinick was not happy being exposed like this, so as a response to the above article he filed a suit against Dr Steven Novella (the author), the Society for Science-Based Medicine, Yale University, and SGU Productions who promoted it on their podcast.

So in summary, Tobinick is not a neurologist, has no formal training and certification in that field, yet is selling utterly absurd claims for cures that don’t actually work for a huge amount to desperate people, then gets called out on this and responds by trying to utilise the law to gag that valid criticism.

There has been an update

Steve has posted the following update, and it is great news …

I filed a motion to strike some of the claims as they apply to the California corporation under that state’s anti-SLAPP statute. The update is that last week the judge in the case ruled in my favor on this motion. These are public documents, so you can read the entire decision here. It concludes:

For the foregoing reasons, it is hereby ORDERED AND ADJUDGED that Steven Novella’s Special Motion to Strike (Anti-SLAPP Motion) [DE 93] is GRANTED. Tobinick M.D.’s claims for unfair competition under 28 U.S.C. § 1338(b) (Count II), trade libel (Count III), and libel per se (Count IV) are STRICKEN from the Amended Complaint.

As important as the decision itself are the judge’s reasons for the decision. She writes:

The Court concludes that (1) Tobinick M.D. is a limited public figure subject to the actual malice requirement, and (2) Tobinick M.D. has failed to establish a probability of demonstrating, by clear and convincing evidence, that Novella made the statements at issue with actual malice. Therefore, Tobinick M.D.’s unfair competition, trade libel, and libel per se claims must be stricken.

In other words, Tobinick cannot win his suit on the merits. This also means:

This applies to only a portion of the case, as it entails only one of the three plaintiffs and only some of the claims. It is an important victory, but the case may be far from over.

A strategic lawsuit against public participation (SLAPP) is a lawsuit that is intended to censor, intimidate, and silence critics by burdening them with the cost of a legal defense until they abandon their criticism or opposition

So, in Ca, the anti-SLAPP motion works like this …

To win an anti-SLAPP motion, the defendant must first show that the lawsuit is based on claims related to constitutionally protected activities, typically First Amendment rights such as free speech, and typically seeks to show that the claim lacks any basis of genuine substance, legal underpinnings, evidence, or prospect of success. If this is demonstrated then the burden shifts to the plaintiff, to affirmatively present evidence demonstrating a reasonable probability of succeeding in their case by showing an actual wrong would exist as recognized by law, if the facts claimed were borne out.

… and so that is exactly how this played out because clearly Tobinick was simply attempting to gag valid criticism, and the judge agreed.

Today only in Ca can this happen, and not in other states. As pointed out by Steve …

Recently the Speak Free act of 2015 was introduced in the House of Representatives. This would be a fairly effective anti-SLAPP law that applies to federal cases, and may also provide protections for cases in state court as it has a provision that allows defendants to avail themselves of the federal anti-SLAPP protection. Read about it and contact your representative in support of this bill.

Right now the laws governing libel cases are broken (in most states), representing a significant infringement on our free speech. There is a clear fix, however – effective anti-SLAPP laws. We just need a political push to get these laws passed.

Beyond the scope of this specific case there is the wider issue of getting valid fact-based information out there, loaded with references that people can check themselves. We live in a new era where anybody can google anything and potentially discover the facts. If however, such factual information can be suppressed by fraudsters by simply deploying the threat of huge legal costs then not even google would reveal the full complete conversation.