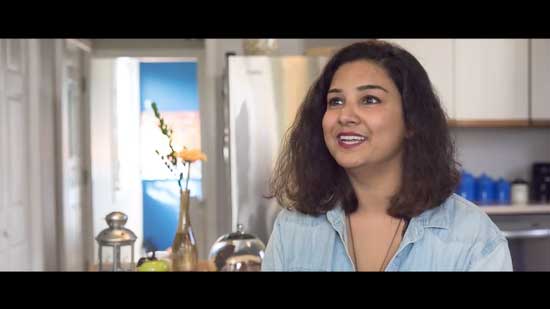 I’ve blogged previously about the project being run by the Ex-Muslims of North America. Briefly, they are creating a video series which provides a brief glimpse into the lives of apostates from around the United States and Canada.

Today we have the latest video in that series.

Having resided in Pakistan and Indonesia in her youth (the two largest Muslim countries in the world), Hina has experienced the religious hypocrisy plaguing the Muslim world first-hand.

After the death of her father she began to question mortality, faith and the meaning of existence, which ultimately led her down the path to atheism. Today, she enjoys a quiet domestic life with her ex-Hindu partner, traveling the world, cooking exotic Pakistani dishes, gardening, and occasionally sharing her thoughts on her blog.

Belief is an idea that is embraced by people.

I’ve written previous posts in which I criticise various Islamic ideas. When posted on Facebook, I’ve then been friended by a few (just one or two, I love the rest of you very much) who appear to think that I’m demonising all Muslims as they do and hence I’m one of them (ugh!). So my point here is this. Bad ideas inspire bad behaviour, often by tricking people into thinking that the bad behaviour is the high moral ground. If we are to truly engage, then we need to do so in a manner that inspires and motivates and does not simply piss people off. That can be very hard, and is I confess something I often personally fail at.

I like the Hina video above very much because it is not about demonising all Muslims, but rather is a story about an individual who put aside a belief that she found was not for her and instead found something far better, far more meaningful. In other words it is inspirational.