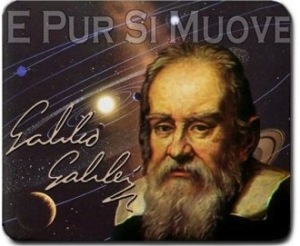 Galileo was famously arrested and then sentenced by the Inquisition for the crime of heresy – his crime? – he simply supported the fact based observation that the earth revolves around the sun, and so was overturning the idea that the earth was the centre of everything. He was also famously quoted as  saying to those who forced him to recant the idea ..

In other words, “Hey guys, you can believe what you like, and perhaps even silence me, but that does not in any way alter the observational reality”.

The ESPN host, Curt Schilling, recently went on a bit of an anti-science rant on twitter and started promoting his religiously based belief in Creationism. If curious about the details, then you will find the entire story here …

If you’d like to browse Schilling’s evolution tweets, Deadspin, which characterized them as “showing his ass to the world” has collected them here for posterity. For those who prefer the abridged version, Schilling contends that while he might be able to accept that many breeds of dogs evolved from one progenitor dog, no one has ever found links that prove evolution happened between species.

“Show me ONE fossil, ANWHERE in the world that is a “miss”, a creature in between two creatures as it evolved? Doesn’t exist.” Was one Curt Schilling tweet.

“If humans evolved from monkeys, why are there still monkeys? Where’s the missing link?” Was another.

Yes, he really did play the “why are there still monkeys” card.

So did he go unchallenged? 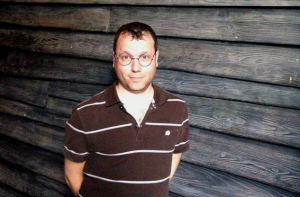 Nope, not at all, his co-host Keith Law (pictured above) steps in and schools Mr Schilling with the facts, and I must admit very politely and not in any way critical of any religious belief at all (even though that was the root cause here) …

“There are hundreds of transitional fossils on record, Curt. http://t.co/cmTiqzhtC5“

You can’t have fossils “between” two species if one didn’t descend from the other – e.g., monkeys and humans”.

I haven’t criticized or questioned anyone’s faith. I oppose anti-science, that’s all.”

Keith Law, the pro-science guy simply defending the prevailing scientific consensus, gets suspended by ESPN and banned from using twitter. As for Mr Schilling, the religious loon who indulged himself with an anti-science rant – nothing, not one word of rebuke.

Don’t you just love the Internet

Once it was clear to the general public that ESPN were acting like a bunch of ignorant anti-science nuts, the general public started to very vocally express their opinion on both FB and twitter, and so the ESPN spin doctors were forced to jump to the rescue of ESPN. Keith Law’s suspension was removed and he was back as if nothing had happened, and also his twitter ban was lifted.

As for his very first tweet after the ban … yep, you guessed it …

That perhaps is a reference that went whooshing right over the heads of many creationists.