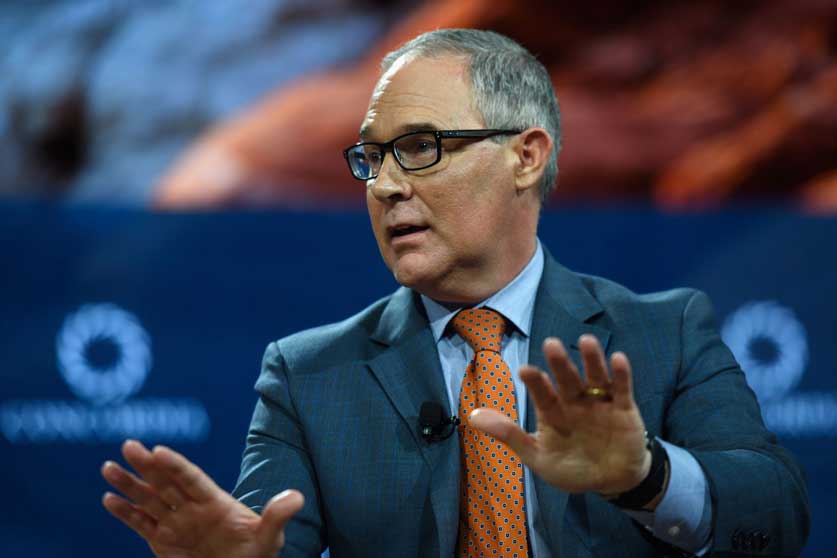 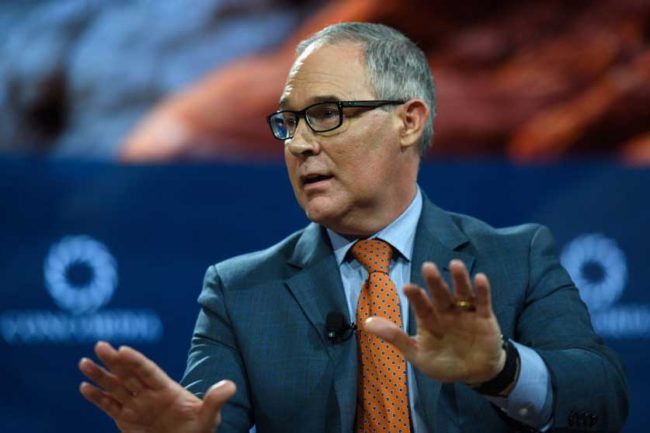 If you were to ask Scott Pruitt how things are working out then the answer you get might not exactly reflect the reality of what has been actually happening. You need to ask his employees to get to the truth.

The word that actually sums things up is … (insert drum roll here) … “dysfunction”.

VOX has an insight

“Do the opposite thing you did 18 months ago”: EPA staffers on the agency in the Trump era

So gleaned from that article, here are some key points.

This is all about the EPA moving in to cleanup toxic waste sites. On the surface Mr Pruitt pays lip service to supporting this initiative, but what he has actually done is quite frankly nuts …

Gone, for example, was the idea that EPA officials be identified early on to lead discussions with communities on how contaminated land should be used after cleanup.

“We’re missing a huge opportunity to do something new and different with Superfund,” said one of two EPA employees who described the process to the Center for Public Integrity on the condition of anonymity.

What happened with Superfund is hardly an anomaly. Today’s EPA is wracked with internal conflict and industry influence and is struggling to fulfill its mission, according to more than two dozen current and former agency employees.

So why have things turned south, how can one man’s utter incompetence do so much damage?

A few dozen political appointees brought in under the Trump administration are driving policy. At least 16 of the 45 appointees worked for industries such as oil, coal and chemicals,

The article then goes on to list out the precise evidence for this.

This is the Trump way and on a grander scale it is what Mr Trump has also done. In essence, seek out the most inappropriate and utterly incompetent individual possible and appoint them, not because they would be capable of actually doing the job, but rather because they will support a specific political agenda.

Meanwhile the experts get frozen out

Four of these people — and another 21 — worked for, or donated to, politicians who have questioned established climate science, such as Pruitt and Sen. James Inhofe (R-OK).

Career staff members — lawyers, scientists, analysts — are largely being frozen out of decision-making, current and former agency employees say. These staffers rarely get face time with Pruitt and frequently receive top-down orders from political appointees with little room for debate. They must sometimes force their way into conversations about subjects in which they have expertise.

The net effect is the inevitable – A dysfunctional EPA.

Pruitt was never an EPA Fan

Prior to his appointment to head the EPA he sued them 14 times when he was Oklahoma’s attorney general.

So now that he is in charge, how have things been working out in practise?

Read on and the evidence within the article soon piles up. It becomes clear that Pruitt is successfully executing a very different agenda, one that conflicts with what the EPA is all about. It is not simply inexperience or utter incompetence, but instead is something else …

Pruitt’s pro-industry bent has convinced some current and former employees that he and his like-minded advisers are aiming to destroy the EPA from the inside.

“Look, I think he does not support what the agency has been trying to do for 40 years,” said William Ruckelshaus, EPA administrator under Presidents Richard Nixon and Ronald Reagan. “He wants to dismantle — not improve or reform — the regulatory system for protecting public health and the environment.”

To answer the question I posed of the title – if indeed Mr Pruitt’s goal is to destroy all the good that the EPA strives to do and has done, then he is being chillingly very successful. That’s a huge problem, not in the political sense, but in a very practical sense for all of us because what the EPA does is to protect us from ourselves.

Clean air and water actually does deeply matter, it is a very fundamental and basic issue of public health.

To put that another way, unless this stops, then we are on the road to a return to this … 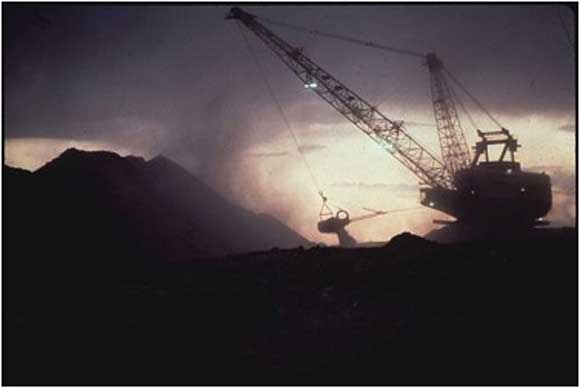 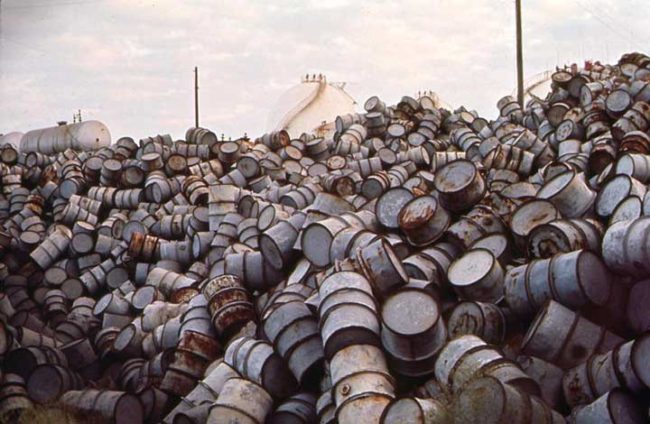 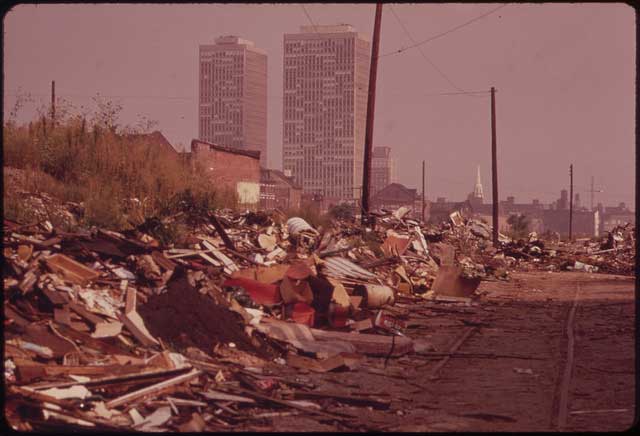 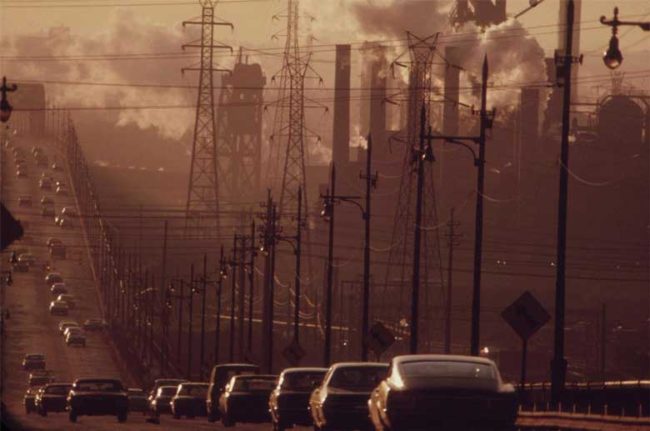 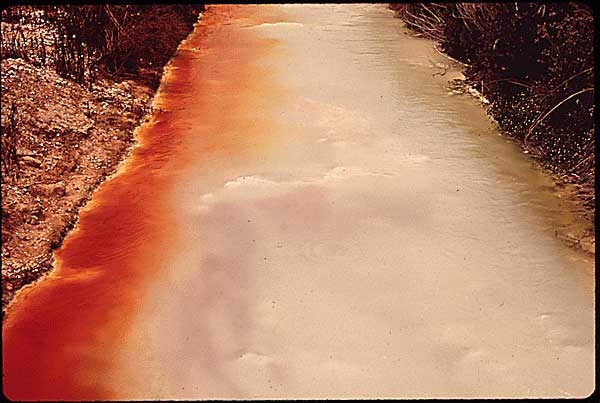 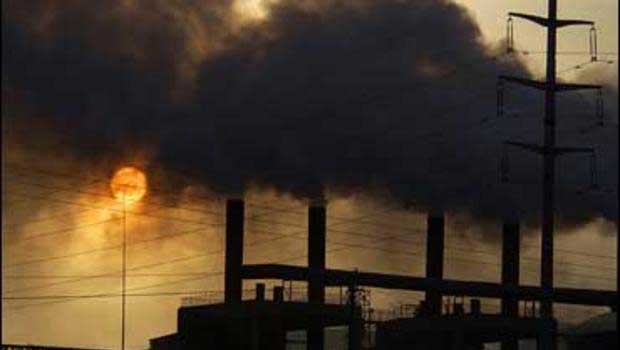 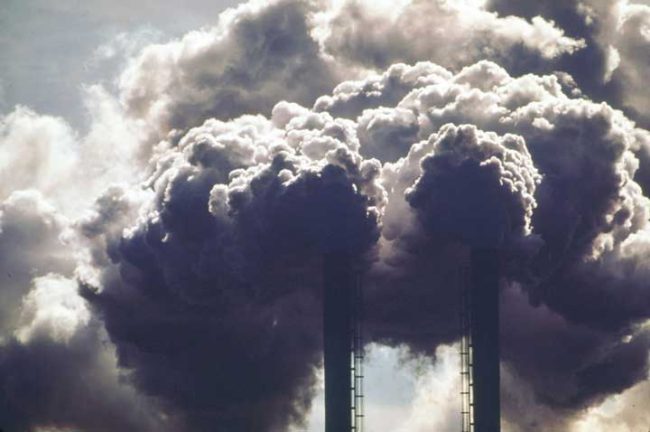 Has Mr Pruitt really done any serious damage yet?

On the grand scale yes he has, he played a key role in persuading Trump to withdraw the US from the Paris climate agreement, against the advice of dozens of other advisers. That has had a huge impact.