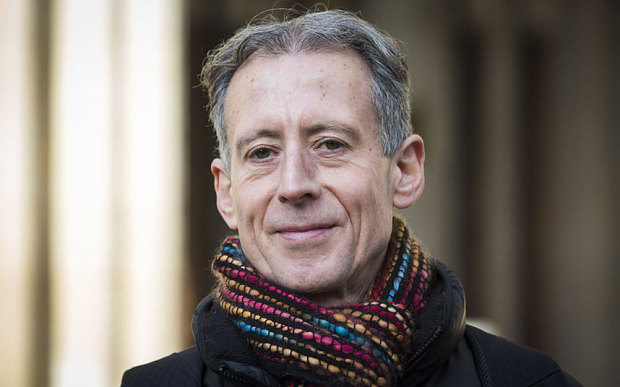 Much to the complete and utter astonishment of many, the gay rights campaigner Peter Tatchell who has devoted his entire life to fighting against discrimination has been publicly denounced as racist and transphobic by Fran Cowling, an officer of the National Union of Students (NUS) in the UK.

Peter has now gone very public about all this, but not before he first attempted to engage her directly in private and correct what appeared to be a misunderstanding. He writes about it all in the Telegraph …

Student leader Fran Cowling has denounced me as racist and transphobic, even though I’ve supported every anti-racist and pro-transgender campaign during my 49 years of human rights work.

Fran is the LGBT+ (lesbian, gay, bisexual, transgender) Officer of the National Union of Students (NUS). She refused to speak at an LGBT event at Canterbury Christ Church University tonight unless I was dropped from the line-up. This is a variation of the NUS “no-platform” policy; instead of blocking me from speaking, Fran is refusing to share a platform with me.

She has every right to do this. But she does not have any right to make false McCarthyite-style smears. When asked to provide evidence of my supposed racism and transphobia, she was not willing to do so. There is none. Privately I tried to get her to withdraw her outrageous, libellous allegations. But she spurned all my attempts to resolve this matter amicably. As a result I have decided to take my case public.

Within the article he then proceeds to get into the specifics of it all.

Now for the record, he does clearly identify this as an issue that is being manufactured by specific individuals, and that it is not an official NUS policy …

I don’t see the NUS as the enemy. I support their efforts to defend student rights and back their opposition to tuition fees and education cuts. I just disagree with the way some of them choose to deal with other people’s opinions. Anyone who doesn’t toe the line politically risks being denounced, even over the tiniest disagreement.

This first one sums it up very well …

Free speech is under attack in universities. Bad ideas are most effectively defeated by good ideas. My critique: https://t.co/yyRxX79T6d

I have been emailing Fran Cowling since 26 Jan, asking for her evidence & offering an amicable solution. She refused & blocked my emails.

Not too long ago, well within living memory, Peter Tatchell was greatly hated and vilified for simply taking a public stance against some rather blatant, but at the time socially acceptable, discrimination. Now after 49 years of campaigning for human rights, he is very much respected …

His council flat in south London has a blue plaque marking his residency put up by the local council, and last week a woman stopped him at Elephant and Castle to tell him she was proud to meet him – a far cry from the hostility of the haters and homophobes who still make their views known.

Those that wish to demonise Peter Tatchell on the basis of exactly no credible evidence at all, are not actually condemning him, but are instead in effect condemning themselves. If you do indeed start tossing about public smears that simply do not have a jot of credible evidence against good people then they just may call you on that – net effect, Fran Crowing now has her name splashed all over the front pages of some mainstream papers, and no that is not “discrimination”, nor is it a “witch hunt”, she did it entirely to herself. Sometimes unfounded accusations really do have consequences for those that blithely toss them about.