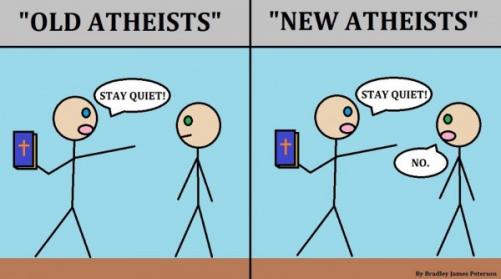 I’ve often been astonished at the manner in which Sam Harris is demonised. Various claims abound about him being Islamophobic, racist, a bigot, etc… and yet when you dig into what he is supposed to have said, it often turns out to be a rather stark contrast to what is actually being said.

To give you a very simplistic example, suppose he wrote or said something like this …

… then you are more or less guaranteed to discover one of his detractors taking this anti-racist stance, plucking out the first five words out and presenting it as a racist stance. OK, that’s a tad simplistic, but this is essentially what has been going on. What it also tells you is that the people doing it are being deliberately disingenuous and are not being honest (specifically Aslan and Greenwald, but also others).

Key Point 1: If you are going to criticise somebody, then you need to be criticising them for the views that they actually hold, and not caricatures or misrepresented variations of such views.

Key Point 2: This one is rather obvious but I still felt the need to add it, Sam harris is not beyond criticism, nobody is – that is not what I am claiming.

Having been demonised, it should be no surprise to discover that many others are quite vocally critical of him, but they are quite often doing so on the basis of the various articles that claim to represent his views but don’t actually do so.

Dan Arel has changed his mind.

About one year ago, Dan Arel wrote a posting called “Is new atheism dead or even a term worth saving?” The primary focus was criticism of Sam Harris, Richard Dawkins, and also Bill Maher. It suggested that they had been wrong to blame Islam for problems that were really the fault of US foreign policy.

Time has moved on and Dan has had time to ponder over it all, and has now changed his mind. He writes …

Much of this was based on misreading, or at least misunderstanding Harris on two things. First, his racial profiling in which he sadly has had to re-explain too many times. I think his ideas were too complex and easy to discredit on face value and I should have known better and spent more time researching these views.

The second came from this quote:

“Unless liberals realize that there are tens of millions of people in the Muslim world who are far scarier than Dick Cheney, they will be unable to protect civilization from its genuine enemies.”

This quote sounds wrong. Really, millions of Muslims? And while I don’t like the wording, it’s not wrong. Statistically speaking, there are 1.7 billion Muslims in the world. That is an astounding number. A million Muslims is not even one percent of that. So it is not unreasonable to believe that more than a million Muslims are radicalized.

I called Harris xenophobic for his statements, and I was wrong.

(you should check out his posting, it is worth a read).

So the point here is this, his stance was based very much upon a misrepresentation of Sam Harris’s views.

Is Sam Harris really being misrepresented again and again?

Yes, but don’t take my word on that, check it out yourself.

Here below is a recent interview in which the gloves are off and he names names. If you currently hold a rather negative view of him, then listening to this just might change your mind about that.

Its long, but still well worth listening to if you have the time.

I was recently writing about a dialogue I had with an Ahmadi Muslim, Kashif Chaudhry. His primary stance is that there are atheists who are just fine, and then there are bigoted Islamophobic “New Atheists” who are (from his viewpoint) exactly the same as the Mullahs in Pakistan who violently oppress members of his specific Islamic sect, and also openly claims that “New Atheists” kill for their belief.

He truly believes that he is the progressive peace-loving liberal, and fails to grasp that he is in reality demonising those who actually promote such values, and that by taking the stance he does, he is in reality being a bigot – clearly the false rhetoric being promoted by the likes of Aslan and Greenwald has had consequences.

So how best to sum all this up?

I think Dan Arel nails it …

And with the piece itself being about new atheism, I originally said to abandon the term because we don’t need it. And while this is actually true, I have decided to say to hell with it and I say we embrace the term. Be loud, be outspoken and don’t be afraid to be labeled a “new atheist” because it is not a bad thing, and if the media is going to throw you into group of people such as Dawkins, Harris, Dennett, Hitchens, and the countless others they try to smear with the label, then I say we are in good company.