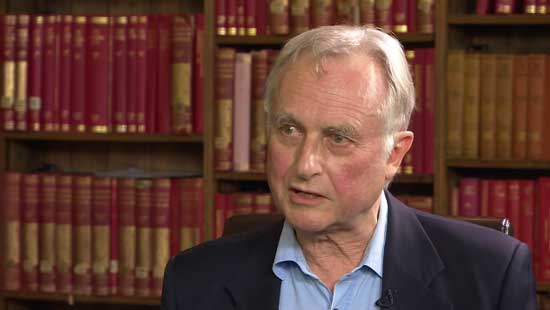 The journal Public Understandings of Science, has posted a truly weird “scientific” paper that is basically an assertion that they found some scientists who don’t like Richard Dawkins. To be precise out of a total of 20,000 they managed to find 38 who did not, and it is the personal opinions of those 38 that is the basis for this entire paper.

The paper itself is quite real and is entitled …

Responding to Richard: Celebrity and (mis)representation of science

The abstract in full reads …

Drawing on 48 in-depth interviews conducted with biologists and physicists at universities in the United Kingdom, this study examines scientists’ perceptions of the role celebrity scientists play in socially contentious public debates. We examine Richard Dawkins’ involvement in public debates related to the relationship between science and religion as a case to analyze scientists’ perceptions of the role celebrity scientists play in the public sphere and the implications of celebrity science for the practice of science communication. Findings show that Dawkins’ proponents view the celebrity scientist as a provocateur who asserts the cultural authority of science in the public sphere. Critics, who include both religious and nonreligious scientists, argue that Dawkins misrepresents science and scientists and reject his approach to public engagement. Scientists emphasize promotion of science over the scientist, diplomacy over derision, and dialogue over ideological extremism.

If curious about the full paper, then sadly it sits behind a paywall, but you can find the full PDF here.

This paper is quite frankly best described as Cargo-Cult science. It is dressed to look and feel like science, but it really is not. The net result is the inevitable media story about British Scientists Hating Richard Dawkins.

Why would they do This?

One rather interesting observation is that the paper was funded by the Templeton Foundation. They are a group whose entire mission is to blur the line between science and religion and spend roughly $70 million each year on this goal.

If you can say something nice about religion, or in this case, launch a personal attack upon somebody who refuses to accept irrational beliefs as factual, then they will fund you.

Within Mr Dawkin’s book, “The God Delusion”, he wrote specifically about the Templeton prize as follows …

it’s “a very large sum of money given… usually to a scientist who is prepared to say something nice about religion.” He also said, paraphrasing a colleague of his, that “Templeton’s money corrupts science.”

… and so of course his rather vocal, and wholly justifiable criticism of them I’m sure did not in any way influence their decision to fund a paper that basically indulges in the character assassination of one elderly retired individual.

There is also some further hidden history here. As noted by the Friendly Atheist …

One of the researchers, Elaine Howard Ecklund, also has a long history of using Templeton money to try and show why religion and science are compatible.

Jerry Coyne, who literally wrote the book on why they’re not compatible, has written extensively about the problems with her research. I would urge you to read his posts to get better perspective on this issue.

If your going to write a paper targeting one specific individual using cherry-picked data then you are really not off to a very good start. If the data gathered is a collection of ad-hominns that are based upon a wholly fictitious media manufactured caricature of the individual in question that has no relation to what the individual actually communicates in public, you are essentially not just building sandcastles in the air, you have more or less moved in and taken up residence within these cloud based sandcastles.

When you then appreciate that the funding for all of this came from a group committed to blurring the lines between scientific fact and religious fantasy, then perhaps the realisation that this paper is basically incandescent vapours and translucent surfaces (smoke and mirrors) is not such a surprise after all.

Having read it, I now need to go out and buy a brand new industrial strength bullshit meter, it broke my current one.