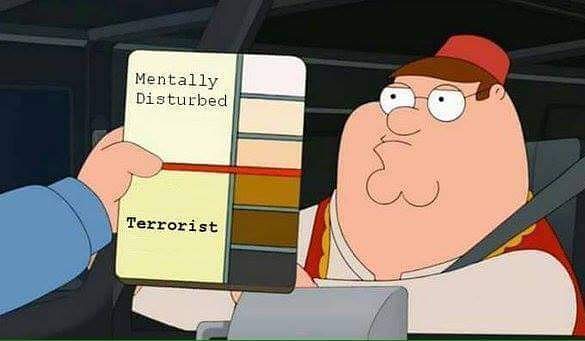 What becomes rather obvious is that the way words are used by some is often determined by skin colour. This has been not just underlined by the Austin bombing terrorist, but announced in big bold 60′ high flashing red neon sign.

Not to be outdone by the absence of the term, the White House press office has gone a step further by officially announcing that he was not a terrorist …

.@POTUS mourns for victims of the recent bombings in Austin. We are monitoring the situation, federal authorities are coordinating w/ local officials. We are committed to bringing perpetrators of these heinous acts to justice. There is no apparent nexus to terrorism at this time.

You can be damn sure that if the bomber had been Hispanic and just happened to be named Mohammed, it would have been a radically different Whitehouse statement. 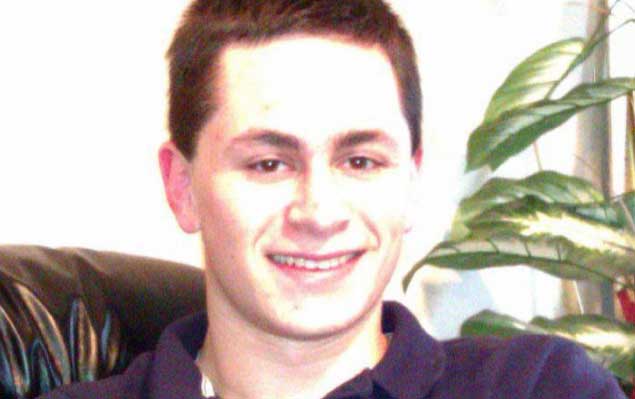 He turns out to have been 23 year old Mark Conditt.

What is clear is that for a time his campaign of bombing inflicted terror and naked fear upon the community and so I do struggle to understand why the word “terrorist” does not apply, because that is quite literally what he did.

We also now know a few other facts.

He was a homeschooled fundamentalist evangelical and so ticked all of their usual boxes. Here are some quotes from an article about him …

The two were close in 2012 and 2013, Jensen said, often going to the Conditt’s home for lunch after Sunday church service and attending Bible study and other activities together

… On the blog, Conditt described himself as a conservative. He wrote that he was against gay marriage and abortion and in favor of the death penalty.

This, for some is highly problematic. Not only does he have the wrong skin colour, but he also has the wrong political views and the wrong religious beliefs to be classified as a Terrorist. If he had perhaps not been religious or had perhaps been a registered Democrat then the Whitehouse just might have grasped for the “Terrorist” label. Unfortunately for them, he ticks all the wrong boxes …

… so the Terrorist label is officially declared wrong because its use would blow their racist xenophobic agenda out of the water.

Why did he do it?

Was he motivated by either his political or religious beliefs?

What we do know is that the official Whitehouse statement claims …

“There is no apparent nexus to terrorism at this time.”

… in which case then I can’t help but wonder WTF is sending out a series of 5 bombs designed to kill?

So far, we have white guys blowing people up, and killing people in churches, schools, and theatres, yet according to Trump, the problem is Immigrants and Muslims.