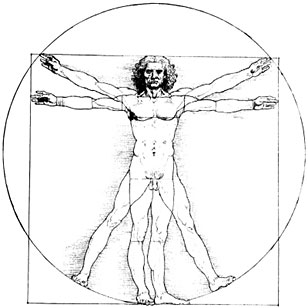 In 1990 a very ambitious project was started called the Human Genome Project. It was scheduled to take 15 years, but was actually completed in 2003, earlier than expected. As the project had progressed, technology had advanced and so it did not take as long as had been anticipated.

If we were to start again today and sequence a human genome, then how much would it cost and how long would it take?

You can buy the MiniION from Oxford Nanopore for just $1,000. It is a hand-held device (pictured above) . Steve lays out the comparison as follows …

This represents one of the greatest technological advancements in our time – the improvement by orders of magnitude the ability to cheaply and quickly read an entire human genome. The company who makes the device, Oxford Nanopore, claims that the small handheld sequencer, the MinION, can sequence 10-20 Gb per 48 hours (a Gb is a gigabasepair, or billion letters in the genome). In the published study the MinION was used to sequence 91.2 Gb of data to complete the sequence:

The device costs $1000. So in a couple decades sequencing a genome went from hundreds of millions of dollars to 1000 dollars, that’s at least five orders of magnitude. Sequencing has also gone from 13 years to a few days (shorter if a larger version of the nanopore is used). They also make the SmidgION, which is even smaller and attaches to a smart phone.

The history of computing is one in which rapid and quite frankly staggering advances have been achieved. Today we all carry within our pockets a device that replaces rather a lot of things. Things that once dominated are fading and vanishing because of this rapid technology advance. For example, these are all relics of the past – public phones, maps, camcorders, portable cassette recorders, and much much more. It has injected itself into our lives and disrupted things that were once common. The flood of information we are exposed to has vastly increased in a manner that is perhaps akin to the arrival of the printing press.

Biotechnology stands at the threshold of a similar revolution. The ability to rapidly sequence your DNA now exists, but pair that with the emergence of an increasingly growing range of CRISPR/Cas tools that enables genes to be edited and changed, and you might then begin to grasp the potential landscape of the new world that we stand upon the cusp of.

What will it mean to live in a world where your DNA can not only be read rapidly but can also be edited?

Steve speculates within his posting …

The advantages for research are obvious. With rapid and cheap sequencing technology we can sequence the genomes of many plants and animals. This allows us to study evolutionary relationships, to identify new species, and to “barcode” plant species. Medical applications are also obvious – we can identify genetic diseases in individuals, and researchers can more easily locate specific genes that cause or predispose to certain diseases. There are now over 2,000 tests available for human genetic diseases.

There are also some applications which may not be immediately obvious. For example, researchers can track the spread of an infectious disease more easily if they can trace how strains mutate as they spread. This was done to track the latest ebola outbreak, for example.

There is also a rather obvious B side to all of this as well.

Bio-hacking becomes a real possibility. Imagine if you will a world in which some disgruntled yahoo hacks the flu virus into something lethal and then releases it. Good genes also become a form of distinction and could be policed by simply editing out undesirable traits (for those that can afford the expertise to do so).

In other words, what will the emergence of these technologies actually cost us, not financially, but socially and perhaps also emotionally?

We should seriously think these things through and understand the potential implications of it all.

The abstract from the above paper reads …

We report the sequencing and assembly of a reference genome for the human GM12878 Utah/Ceph cell line using the MinION (Oxford Nanopore Technologies) nanopore sequencer. 91.2 Gb of sequence data, representing ∼30× theoretical coverage, were produced. … We developed a protocol to generate ultra-long reads (N50 > 100 kb, read lengths up to 882 kb). Incorporating an additional 5× coverage of these ultra-long reads more than doubled the assembly contiguity (NG50 ∼6.4 Mb). The final assembled genome was 2,867 million bases in size, covering 85.8% of the reference. Assembly accuracy, after incorporating complementary short-read sequencing data, exceeded 99.8%. Ultra-long reads enabled assembly and phasing of the 4-Mb major histocompatibility complex (MHC) locus in its entirety, measurement of telomere repeat length, and closure of gaps in the reference human genome assembly GRCh38.